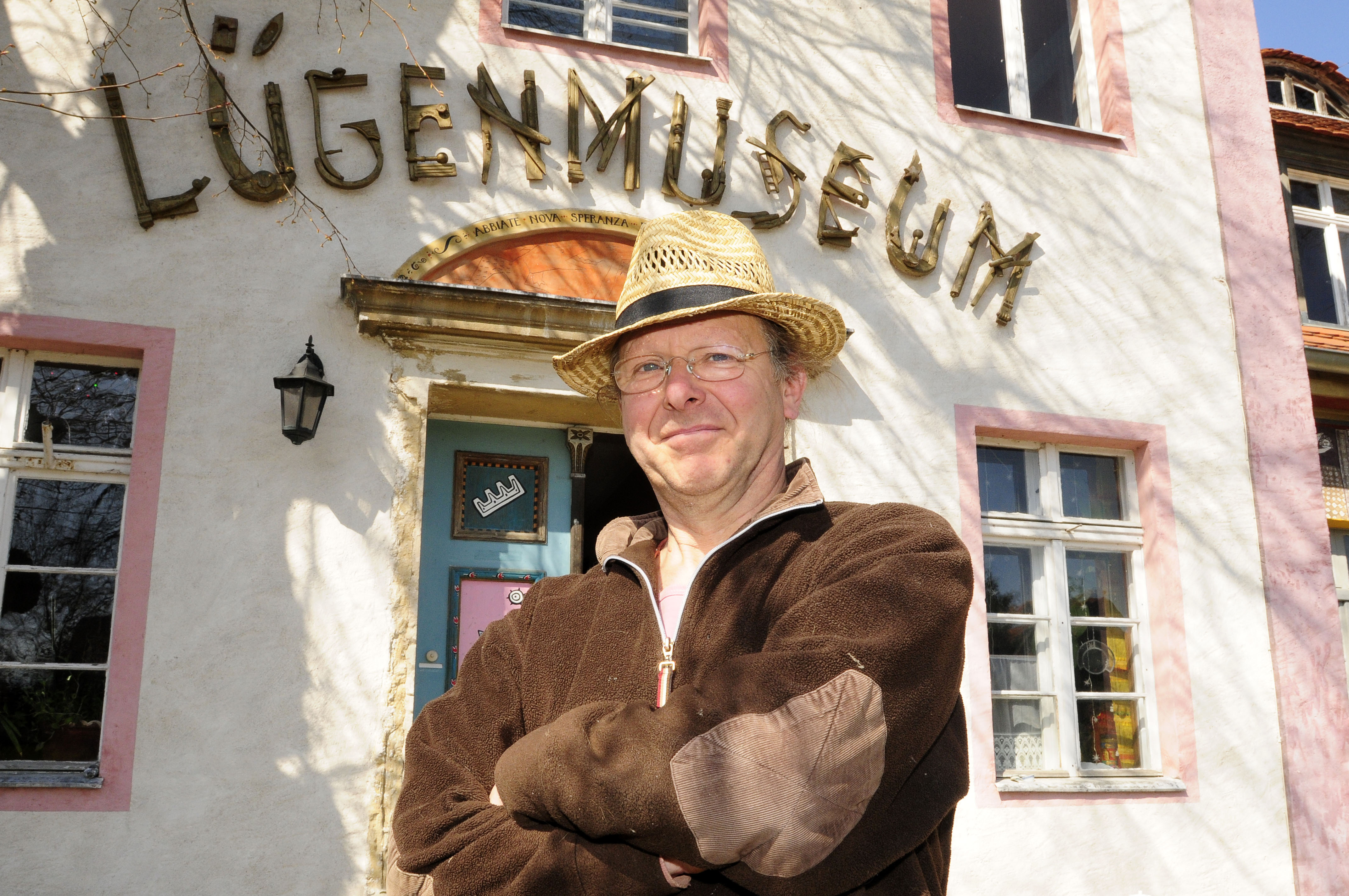 Reinhard Zabka, born in Erfurt in 1950, is a self-taught artist. During the 1970s he took various jobs and began engaging himself with the arts. Zabka counts among the many whose application for departure from the GDR was denied in 1972. During the 1980s, he moved to Berlin and joined the Prenzlauer Berg artists’ community, experimenting with various materials and media, focusing on installations and performance and experimental arts. In 1979-80 Zabka was accepted as a candidate of the Artist Association of the GDR, and in 1982 he became a member, allowing him to officially work as an artist, and thus rehabilitating his status as an “anti-social element”.

He exhibited during the GDR period at the Sophienstr. 8 Gallery in Berlin, the School of Arts in Dresden (Kunsthochschule Dresden), Gallery for Young Arts in Frankfurt Oder (Galerie für Junge Kunst), White Elephant Gallery (Galerie zum Weissen Elefanten), and the Palace of the Republic, among others. Following his exhibition in 1984 at the Palace of the Republic, his installation Psychedelica Maschinka was confiscated and later returned to the artist.

By 1980, he had retreated to Babe, where he set up a summer atelier which eventually, in 1984, became an art house and a place for artistic engagement. Following the regime change, the art house was turned into a museum, moving in 1997 to Gantikow, Brandenburg, where the artist has actively engaged in organizing exhibitions, international arts festivals, summer camps, workshops, and symposia. The period of the foundation of the museum corresponded with the foundation of the German Historical Museum in Berlin. Zabka's new museum was an artistic response to the official engagement with the recent past, which is the reason why the museum was envisioned as a German Historical Museum of Lies (Deutsches Historisches Lügenmuseum).

Currently, the artist manages the Museum of Lies and continues to participate in various exhibitions and projects in Germany and internationally. Among his international projects, one can note his contribution to the Arts Biennale in Venice (1990), the installation Labyrinth of Faith (Labyrinth des Glaubens), which included memorabilia from the GDR and sought to be a reflection of the decay of the regime.