Anniversary of the foundation of the ASTRA Museum and commemoration of its founder Cornel Irimie, 1-4 October 2013 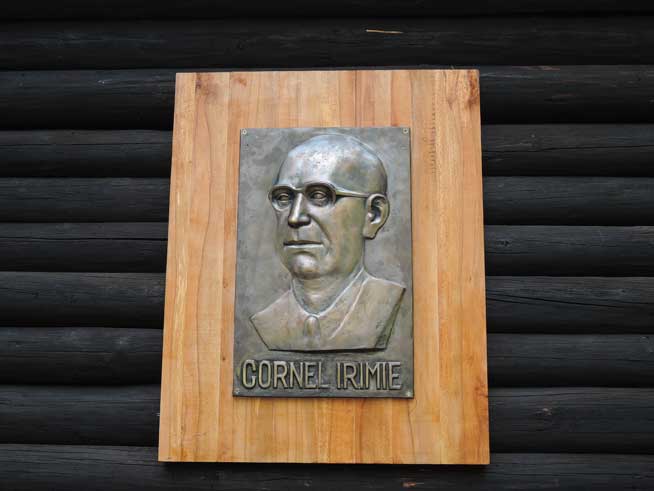 On 1–4 October 2013, the ASTRA Museum in Sibiu hosted the celebration of the anniversary of the museum’s foundation and the commemoration of its founder Cornel Irimie. At the centre of this event were the opening of the exhibition “Thematic Project of the Open-Air Museum,” the unveiling of a bas-relief bust of Cornel Irimie, and the official opening of the Cornel Irimie cabinet at the museum. The exhibition illustrated with the help of old photographs, maps, and plans the stages in the museum’s development from its beginnings in 1963 until the 2000s. The opening of the exhibition was followed by the unveiling of the bas-relief bust, created by the local sculptor Gavril Abraham. The Cornel Irimie cabinet was opened in the mansard of one of the first buildings of the Museum. Here, museologists of the ASTRA Museum recreated the atmosphere of the 1960s and 1970s by exhibiting certain objects from Irimie’s desk, such as his personal books, chair, tape recorder, radio and TV sets, and desk lamp.