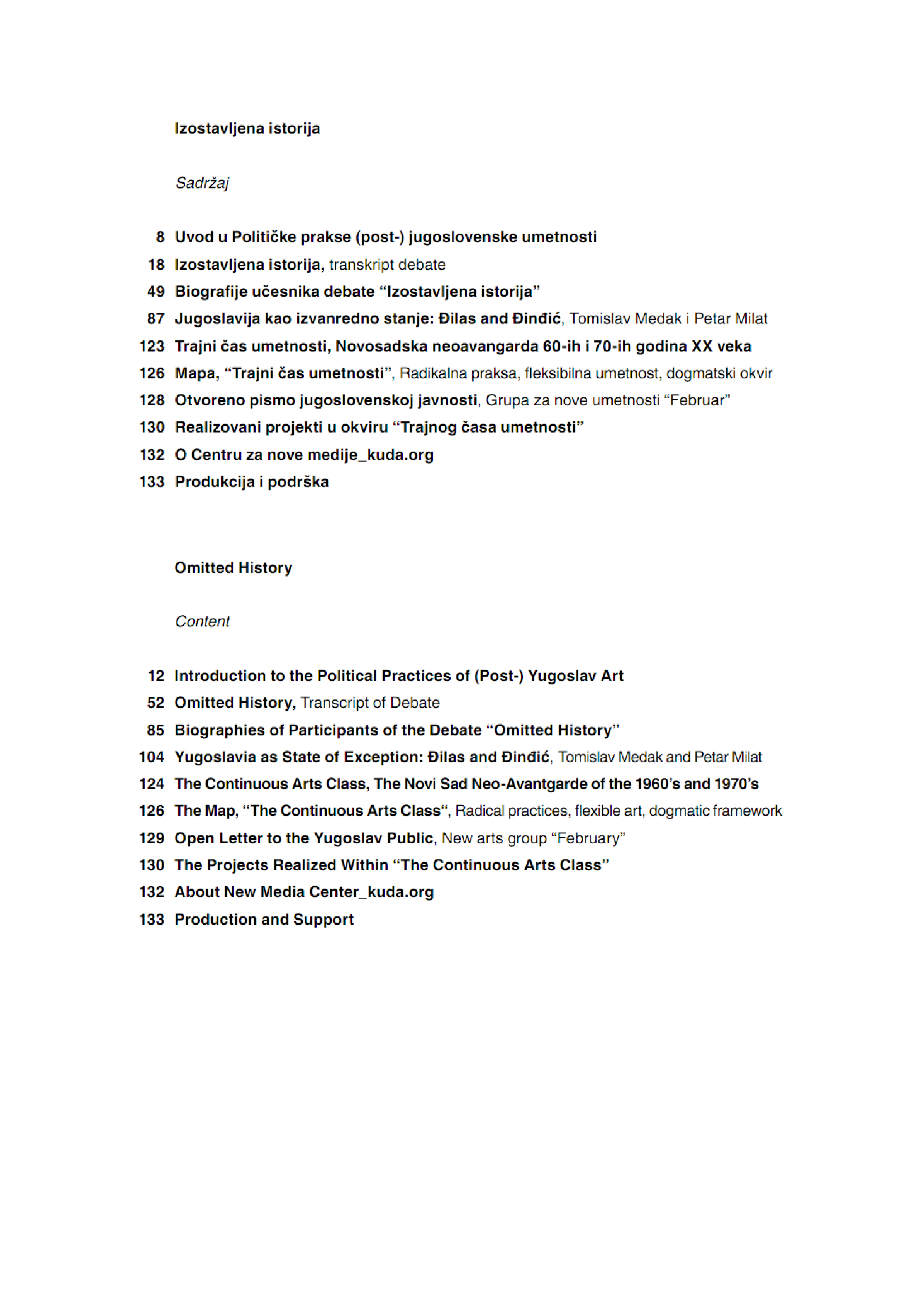 A transcript of the discussion that took place following the opening of the exhibition The Continuous Art Class, The Novi Sad Neo-Avantgarde of the 1960s and 1970s on 18 November 2005 at the Museum of Contemporary Arts Vojvodina in Novi Sad, moderated by Želimir Žilnik, has been published in Omitted History in Serbian and English. One of the guests, Lazar Stojanović, was from the Belgrade Circle and had during socialist times received a prison sentence following the release of his film Plastic Jesus (Plastični Isus, 1971), which the discussion sought to analyze and demystify.

The discussion touched upon the question of dissidents; in the opinion of Želimir Žilnik, in SFRY, there were none. Films like Želimir Žilnik’s Early Works (Rani radovi) and Dušan Makavejev’s WR – Mysteries of the Organism (WR - Misterija organizma) were available for international distribution but not for screening in SFRY. Hence, the state presented an image of liberal socialism and made money from international screenings, whichmakes things very complex. The discussion also included Miško Šuvaković, Latinka Perović, Zvonko Maković and Bálint Szombathy.

Translated into english by: Nebojša Pajić