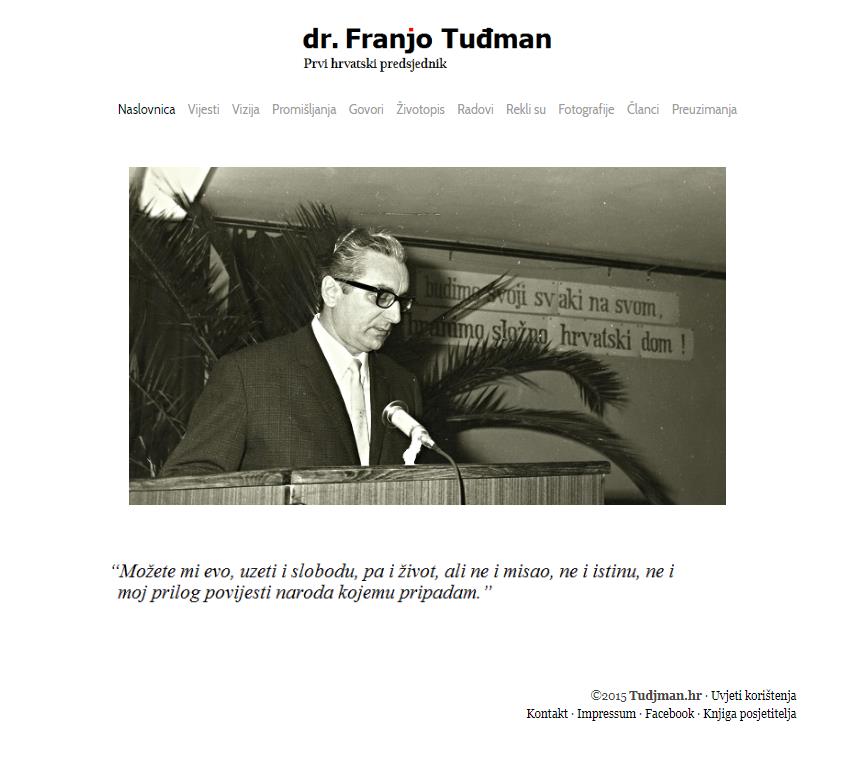 In 2013, the grandchildren of Franjo Tuđman decided to launch the website Dr Franjo Tuđman - The First Croatian President, as the official website of their grandfather. They believe that it is to observe Tuđman's intellectual and political evolution, and especially his idea of creating an independent and democratic Croatia which grew from the 1960s, almost three decades before the crisis and the collapse of the Yugoslav communist system in the late 1980s. On the other hand, they are dissatisfied with certain perceptions of Tuđman's political actions, and the fact that the first Croatian democratically elected president has not in any way been institutionally commemorated - with, e.g., a museum or institute. The website illustrates the way in which Tuđman succeeded in achieving his ideas in practice, which were unacceptable in the Yugoslav Communist system. The site is published and edited by Dejan Košutić, Siniša Košutić, Nina Tuđman Vuković, Ivana Tuđman, Ana-Marija Tuđman and Nera Tuđman.