A Bookshop Window in Communist Romania in the 1980s. Photo 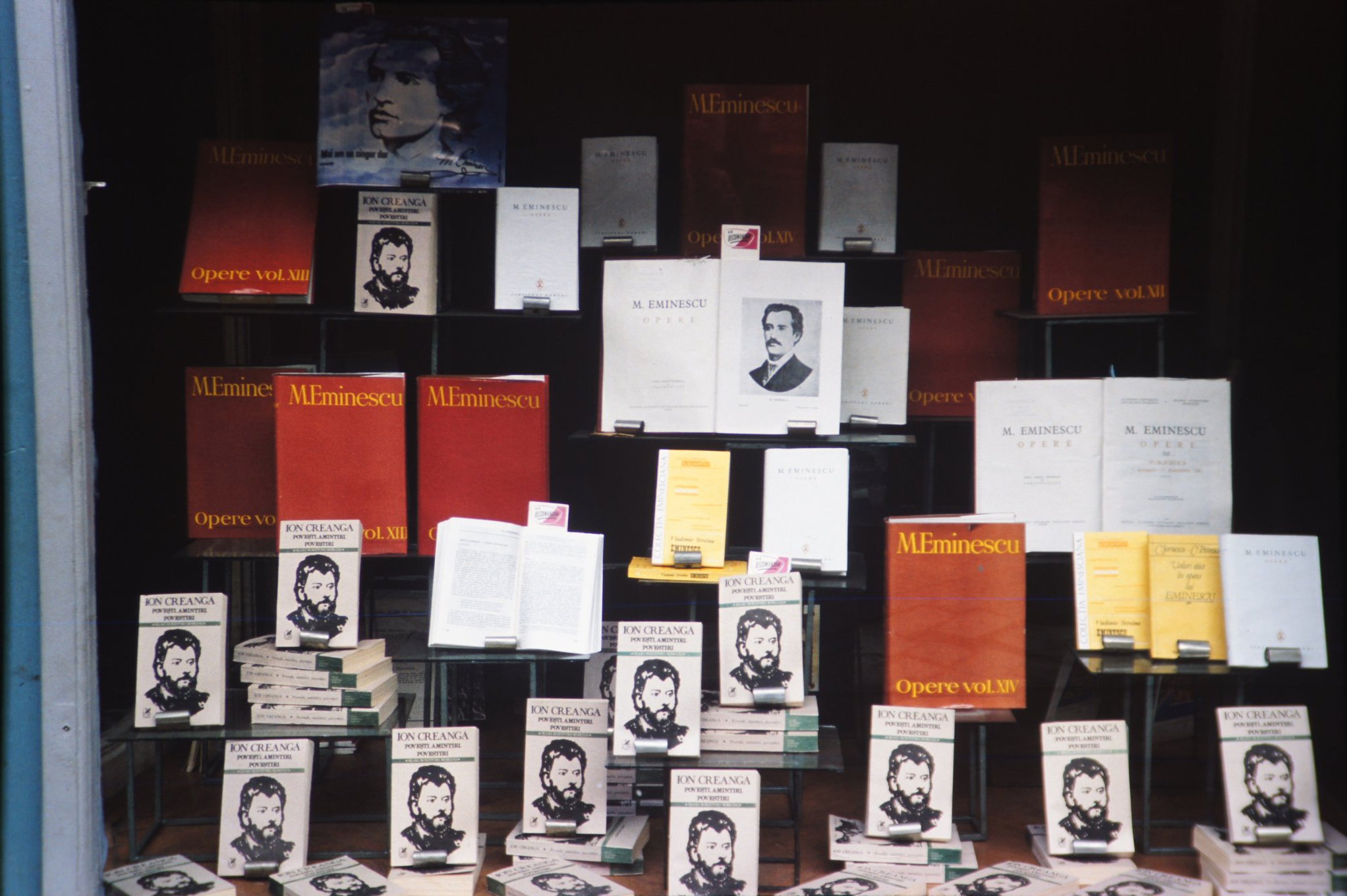 The photograph features the window of a 1980s bookshop in the centre of Braşov, Romania. What is striking is the presence of only two titles, specifically two classics of Romanian literature, by the poet Mihai Eminescu and the prose writer Ion Creangă. No book written by a foreign author can be seen on display. The author of the photograph intended to capture ironically the scarcity of the reading offer which the Romanian book consumer had to face during communism. The picture also suggests the isolation caused by the cultural policy of the Romanian communist regime after 1971. This cultural policy was intended to eliminate any Western influence upon Romanian art and literature, while promoting only local authors and artists. Also, this cultural policy led to the emergence of the so-called protochronism, a cultural movement developed in Romania during the 1970s and 1980s that exaggerated the achievements of Romanian culture and presented them as “anticipating” Western ones (Verdery 1991, 174–175). The photograph is a document which also reminds us of book market practices in Romania at the time. In the 1980s, when someone wanted a certain book, they were forced also to buy other books that were not on demand, such as those which can be seen in abundance in this photograph. In fact, bookstores forced their clients to buy whole cardboard boxes of books, even though they were interested in only one book in the package.