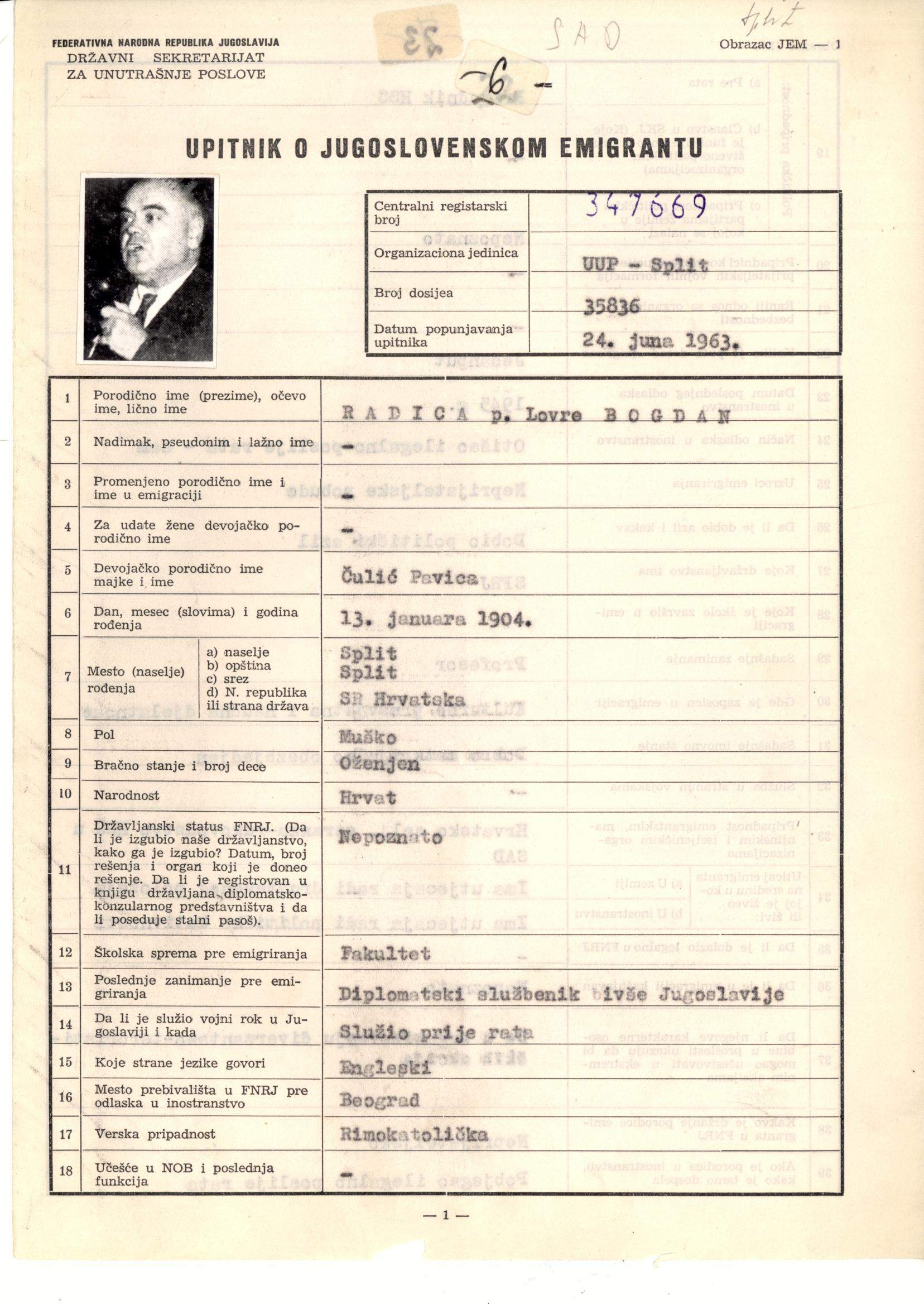 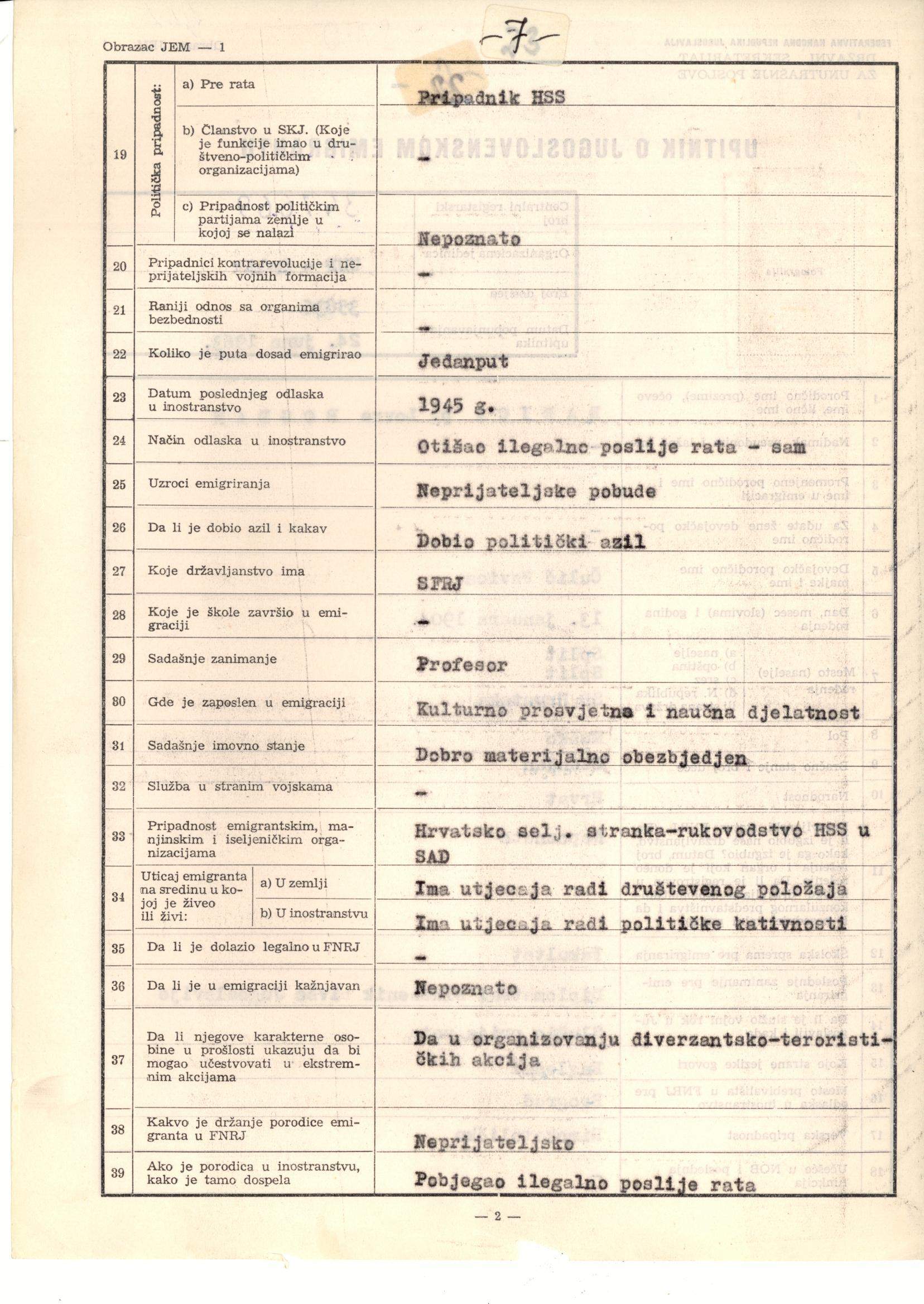 This group of persons under the State Security Service's surveillance included Bogdan Radica (Split, 26 August 1904 – New York, 5 December 1993), writer, publicist, journalist and historian, as well as one of the most prominent Croatian émigrés after 1945, whose personal legacy was described in the COURAGE Registry. His file in the collection has 62 pages, it is registered as file no. 319291, and it is preserved both on paper and microfiche. The documents were created in period from the mid-960s to 1990, but they also include information on Radica's activities abroad in the preceding period. The reason for surveillance and the creation of the file was the assessment that Radica was “one of the remarkably active emigrants/writers active in the  émigré press” (HR-HDA-1561. SDS RSUP SRH. Intelligence files, Bogdan Radica's file, no. 319291, Official note from State Security Service's Centre in Zagreb, 18 December 1968).

Besides the standard “questionnaire on the Yugoslav emigrant,” Radica's file contains different operational notes and reports from the State Security Service's regional centres, mostly in Zagreb and Split. The main charges against him were that he participated in all anti-Yugoslav meetings and travelled to different countries (USA, Canada, Switzerland, Italy and other European counties) in order to organise enemy activities. Emphasis was placed on the fact that meetings of members of the Croatian Academy in America and discussions on political issues were organised in his home. In particular was also highlighted charges of His enemy propaganda against Yugoslavia and the “extreme anti-Yugoslav attitudes” expressed in his books or in the émigré press, radio and television stations in New York were also highlighted. The file also contains a description of his participation in organising the emigrant symposium “Croatia Today and Tomorrow,” held in Switzerland from 30 August to 1 September 1968, and “focused on further consolidation and programming of anti-Yugoslav activities” (HR-HDA-1561. SDS RSUP SRH. Intelligence files, Bogdan Radica's file, no. 319291, Note on file content, 13 March 1969). As described in the operational note from 7 September 1969, in a paper on that symposium, Radica “promoted activities designed to create an ‘Independent State of Croatia,’ a multi-party system in SFRY and better connections between émigré/ intellectuals with ‘forces’ in Yugoslavia, especially with intellectuals” (HR-HDA-1561. SDS RSUP SRH. Intelligence files, Bogdan Radica's file, no. 319291, Operational note, 7 September 1969).