Photos of the funeral of Grzegorz Przemyk in 1983 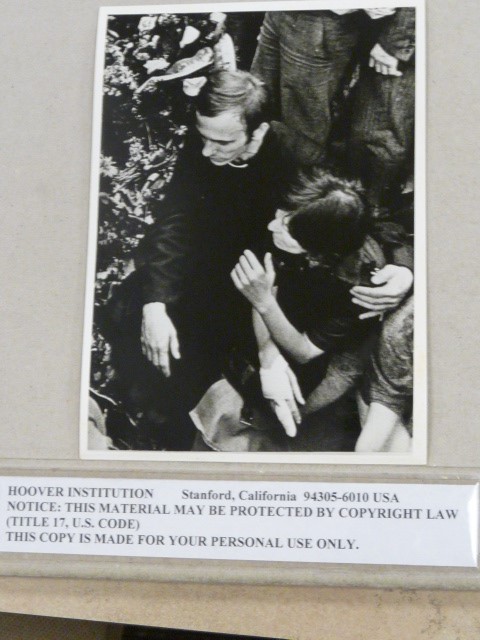 In 1983, Erazm Ciołek attended and photographed the funeral of Grzegorz Przemyk, the nineteenth-year-old son of Barbara Sadowska, a Polish poet and opposition activist. Przemyk was detained and then beaten to death by communist police in Warsaw in May 1983. The regime covered the crime up by arresting, incriminating and sentencing paramedics who transported the dying Przemyk from his home to hospital. After 1989, there were several unsuccessful attempts to bring Przemyk's murderers to justice. Barbara Sadowska died in 1986 whereas her friend, Reverend Jerzy Popieluszko, was assassinated by security policemen in 1984.
Przemyk's funeral was attended by tens of thousands of people, possibly the largest public gathering during the martial period, which lasted until 22 July 1983.
Ciołek's photos show the scale and drama of public response to Przemyk's death in Warsaw. His photo of Barbara Sadowska being comforted by Reverend Popiełuszko remains one of the most moving images of the martial law in Poland. Ciołek's footage of Przemyk's funeral was assemblied into an exhibition and put on display in twelve Roman Catholic churches. Later, it was published in various editions of Erazm Ciołek's work.