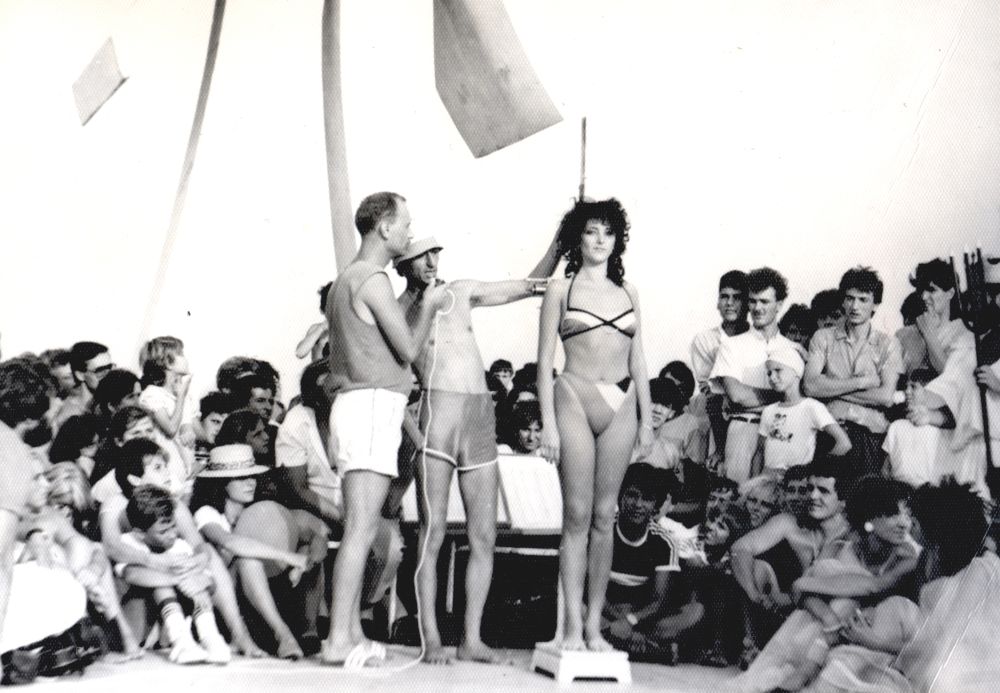 During the summer period there were various festivals at Costineşti: festivals of theatre, film, rock, folk, jazz, caricature. All these were given generous space in the broadcasts of Radio Vacanţa-Costineşti.

“The festivals had many moments that were subversive towards the communist regime, and some of these can be glimpsed in the ‘news-sheets’ of the festivals. These were true newspapers – truer, I dare to claim, and more playful, freer, more natural that the official newspapers,” says Andrei Partoş. He mentions also that the articles in these papers – not least because they were already approved by the regime – provided a sort of substantial “raw material” that was very precious for his radio broadcasts: “They were given out free on the beach. All the big names who came there on vacation wrote in them. They set up a ‘press unit’ and brought out various news-sheets, generally of four pages. They were distributed in large print-runs for the public there. The following year, I would reuse what had been printed on the radio – and the stuff was exceptional, because it had been approved.” Andrei Partoş is one of the most informed connoisseurs of these publications, and probably one of the few people in Romania who still keeps copies of them.

The print-runs in which these publications appeared varied from a few thousand copies to tens of thousands of copies. Written in an alert and fresh language, totally different from the general tone of the communist press in Romania, they were conceived and edited in the Costineşti resort. Many well-known names from central publications appear in them, especially those who signed articles in the youth sections of the newspapers of the day. The then dictator Nicolae Ceauşescu is only mentioned very rarely in them, in contrast to the official press, where mention of the name and “achievements” of the communist supreme leader was obligatory.

In contrast with what was produced in the summers in Costineşti – radio transmitting “with no holds barred” and publications through which there breathed an air of normality and even freedom – , the rest of the time in Romania the mass media felt to the full the constraints of the communist regime. The period 1980–1989, in which most of these publications appeared as “festival news-sheets,” was named the “satanic decade” by Mircea Zaciu, a respected literary critic (Zaciu 1993, 7). It was precisely the period in which the personality cult of the Ceauşescu couple reached its apogee. Moreover, in 1985 regional radio stations in Romania were closed down, officially on the grounds that the Romanian state had to save energy in order to pay its accumulated international debt faster. The broadcasting schedule of public television, which was indeed the only television channel in that period, was drastically cut back. The broadcasts, which were entirely controlled by the party apparatus, were reduced to two hours per day, from 8 pm to 10 pm. The official reason for this decision was that people ought to go to bed early, in order to be well-rested and ready for work the next day. Printed publications were likewise strictly controlled, with the language used in published articles being homogenised in the light of directives received from the Romanian Communist Party.

Among the publications printed in the course of numerous summers at Costineşti as “festival news-sheets” may be mentioned: Spectator (news-sheet of the Amphitheatre Galas), Secvenţa (The sequence, subtitled “The paper that gave in its resignation”, a news-sheet of the Film Festival), Stop-cadru (“Freeze frame”, also a news-sheet of the Film Festival), and Consecvenţa (The consequence). There has not yet been a systematic study of these publications, which provided little islands of normality in a media landscape which, like Romanian communism as a whole, was very dark at the time.