Ortinau, Gerhard. The street ballad of the ten parts of speech of the traditional grammar, in German, 1974. Manuscript 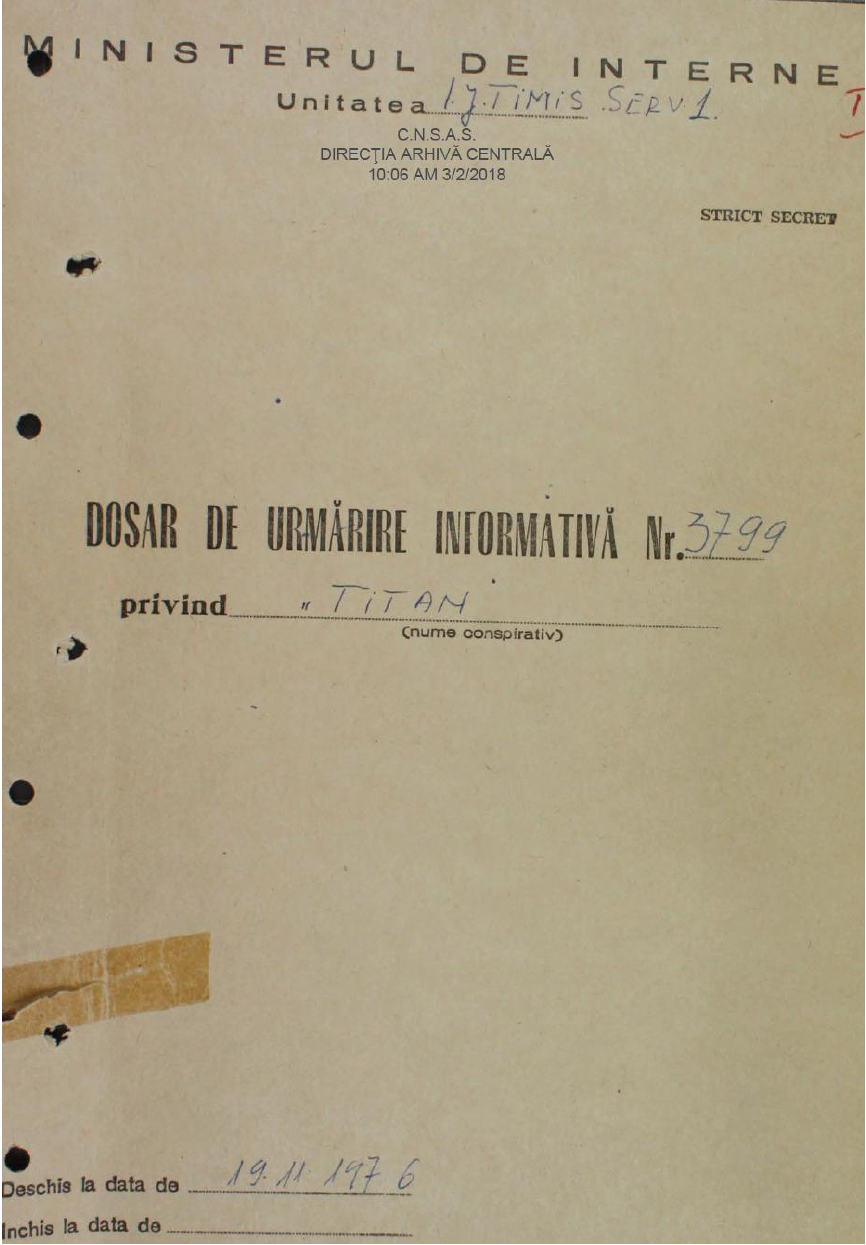 The poem Die moritat von den 10 wortarten der traditionellen grammatik (sic!) [The street ballad of the ten parts of speech of the traditional grammar] was written by Gerhard Ortinau and published in 1974 in the literary magazine Neue Literatur in a collage of texts created by the young Romanian-German writers from Aktionsgruppe Banat. The poem is made up of three parts entitled: schaltung (lining up), umschaltung (dealigning), gleichschaltung (bringing into line), which depict through metaphors how the political system worked in Ceaușescu’s Romania. Ortinau used in this poem seemingly absurd statements such as: “a pronoun was arrested” and “the adverb was cut off from the newspaper” to suggest practices such as political repression and censorship. The poem ended with a paraphrase, which represents an irony concerning the Ceaușescu’s dictatorship: “Die sprache c’est moi!” (sic!) [The language c’est moi!]. The non-conformist character of the poem can be seen also from the spelling, which avoided the usual capital letters for nouns, specific to the German language.

The publication of this collage of texts, Neue Literatur, was possible due to the relative liberalisation that took place in Romania during the late 1960s and early 1970s. For a short period of time, cultural institutions enjoyed more autonomy in their relation with the political decision-makers and censorship was less strict. In this context, Gerhardt Csejka, one of the editors of Neue Literatur, had a key role in promoting the texts of Aktionsgruppe Banat and helping them to pass the filter of censorship (Iorgulescu 2006, 419–421). The Securitate noticed the hidden message in this text due to the notes provided by informers from the German speaking literary milieu of the Banat, who gave to the secret police a detailed interpretation of its metaphors and word plays. For example, one informer explained to the Securitate officer in a note of September 1974 that the title of the third part of the poem was an allusion to the so-called Gleichschaltung, the process by which the Nazi regime imposed its control on all areas of German society (ACNSAS, I 210 845, vol. 2, 15 verso).