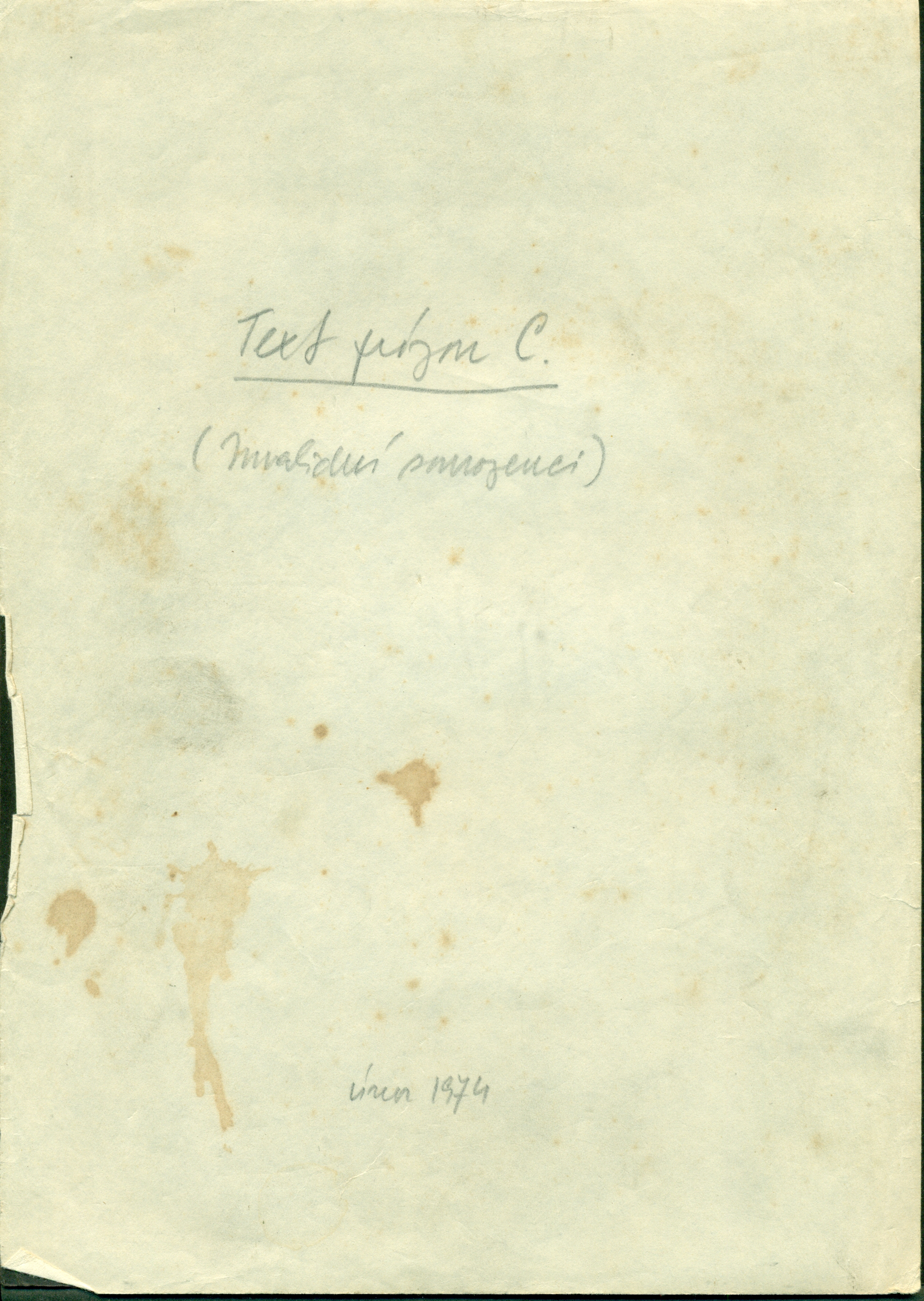 The novel “The Invalid Siblings” (Invalidní sourozenci, 1974) is one of the most important works by the Czecho-Slovak poet, novelist, playwright, philosopher and “guru” of the Czechoslovak underground, Egon Bondy (real name Zbyněk Fišer, 1930–2007). Marcel Strýko, a Slovak philosopher and dissident, compared the dystopian novel to “a catechism of the Czechoslovak underground”. The novel, which was completed in February 1974, presents a vision of the moral and ecological crisis of a totalitarian society in the distant future. The plot takes place around the year 2600 on the last piece of land surrounded by rubbish. After this last area is also flooded, only the “invalids” (intellectuals, outcasts from totalitarian society, reminiscent of underground dissidents) survive on an improvised raft. The sequel to “The Invalid Siblings” was Bondy’s novel “Afghanistan”, written in 1980. At first “The Invalid Siblings” was published in 1974 as a samizdat volume. The novel was also published in exile by Sixty-Eight Publishers in Toronto in 1981. After 1990, the novel was published several times in (the former) Czechoslovakia. The novel has also been published abroad.

A manuscript of the novel was bought by the Museum of Czech Literature (PNP) in 1986 and is now part of the Egon Bondy collection deposited in the Literary Archive of PNP.