Serke, Jürgen. Escape to the Madhouse, in German, 1981. Copy of article 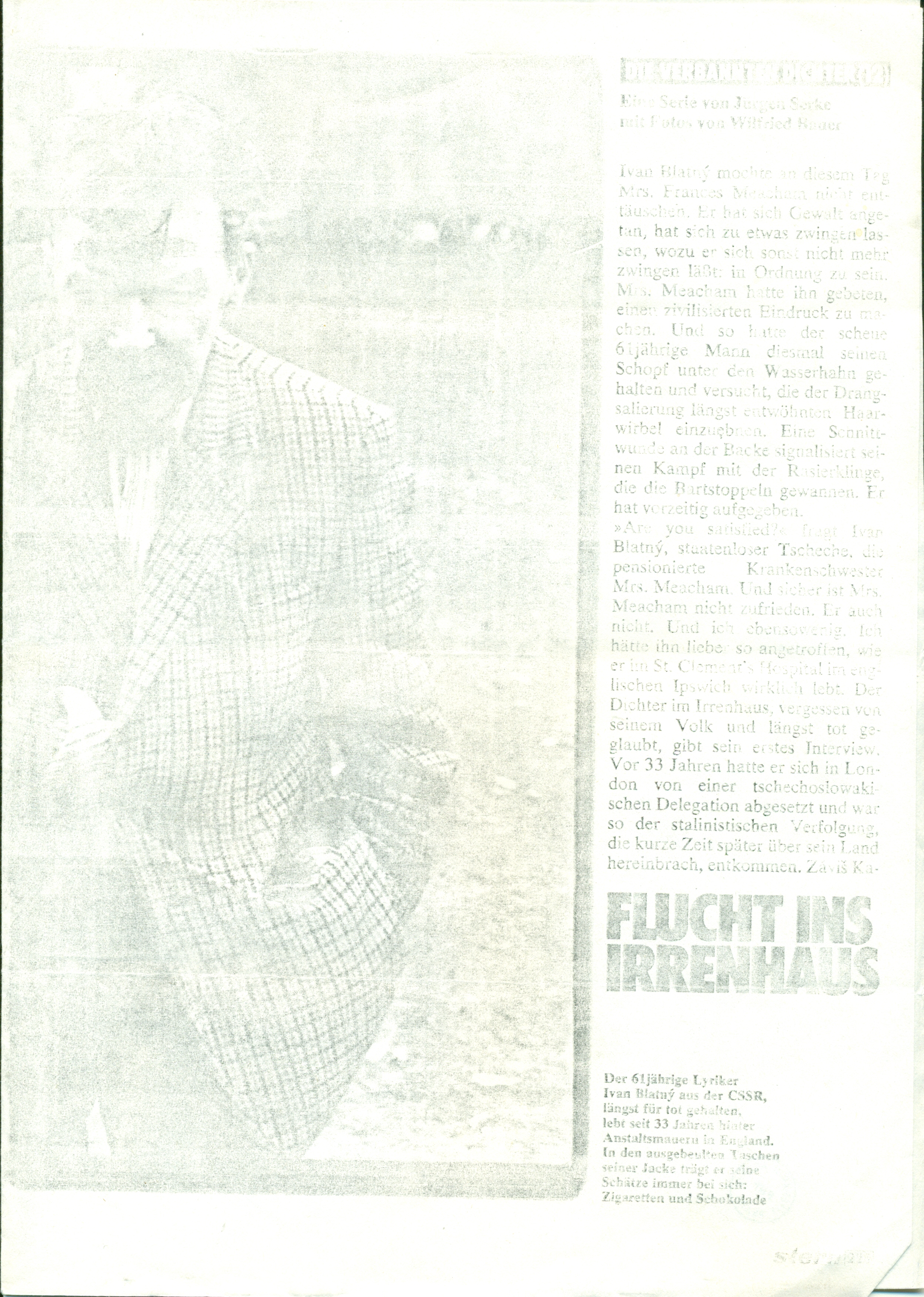 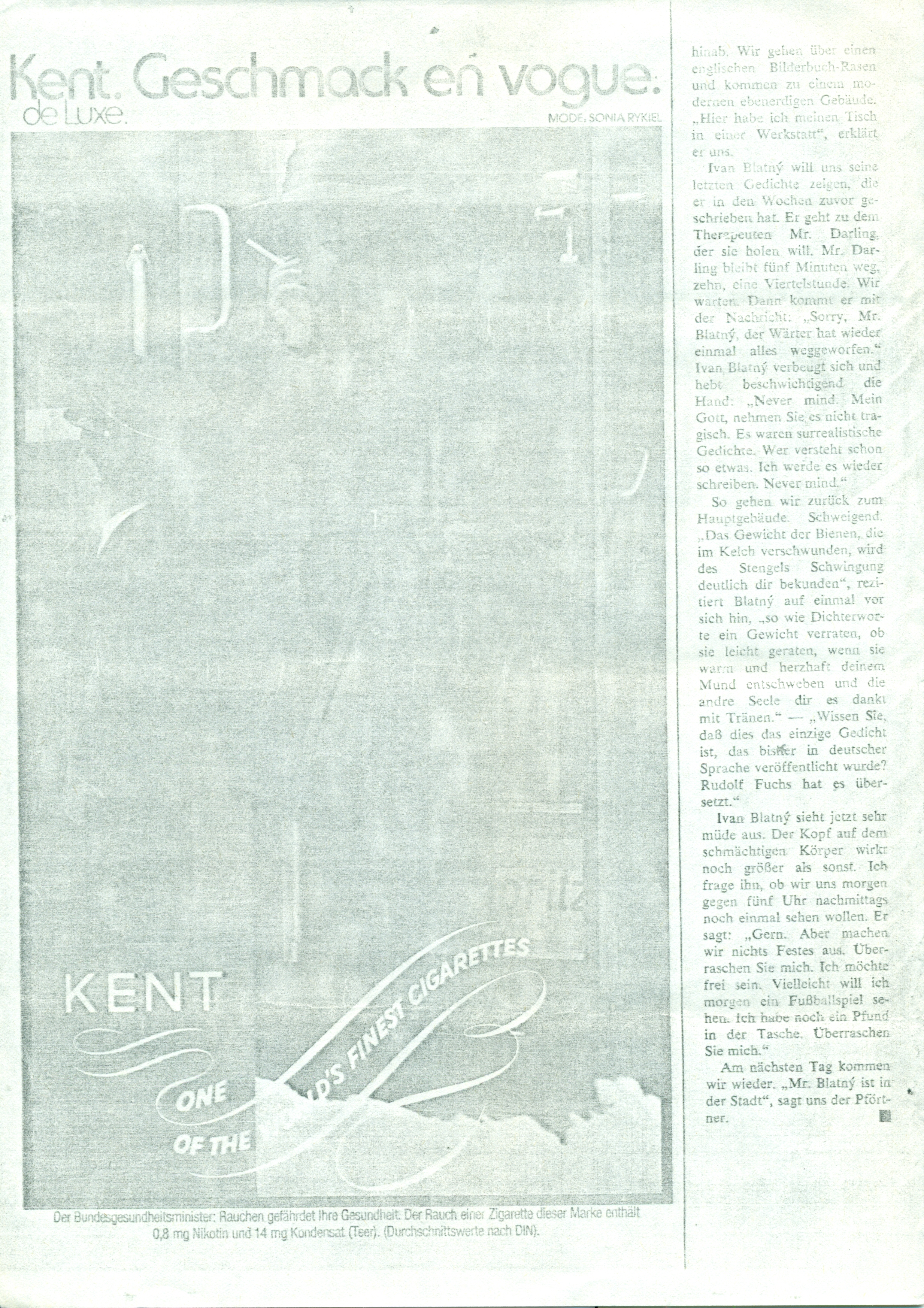 The German journalist and writer Jürgen Serke (b. 1938) dealt with persecuted and silenced artists. At the beginning of the 1980s, he was researching a book about life and work of Polish, Russian, East German, and Czechoslovak poets and writers living in exile. Thus, Jürgen Serke, accompanied by photographer Wilfried Bauer and Czech poet in exile, Jiří Gruša, visited Blatný in Ipswich in October 1981. Then, Serke wrote a report about Blatný and his life in exile entitled “Escape to the Madhouse” (Flucht ins Irrenhaus), which was published in the West German magazine Stern in December 1981. The following year, Serke’s book “Expelled Poets” (Die verbannten Dichter), which also included the report about Ivan Blatný, was issued. Serke’s article about Ivan Blatný in Stern found an echo. After its publication, Ivan Blatný received many letters and gifts, mainly from Czechoslovak emigrants. Some people also came to Ipswich to visit Blatný personally. Then, in 1982, British and Norwegian televisions made a documentary film about Ivan Blatný. Hence, Jürgen Serke, or specifically his article, “Escape to the Madhouse”, significantly contributed to the rediscovery of this almost forgotten exiled poet.

The Ivan Blatný Collection at the Museum of Czech Literature contains Blatný’s copy of Serke’s article.