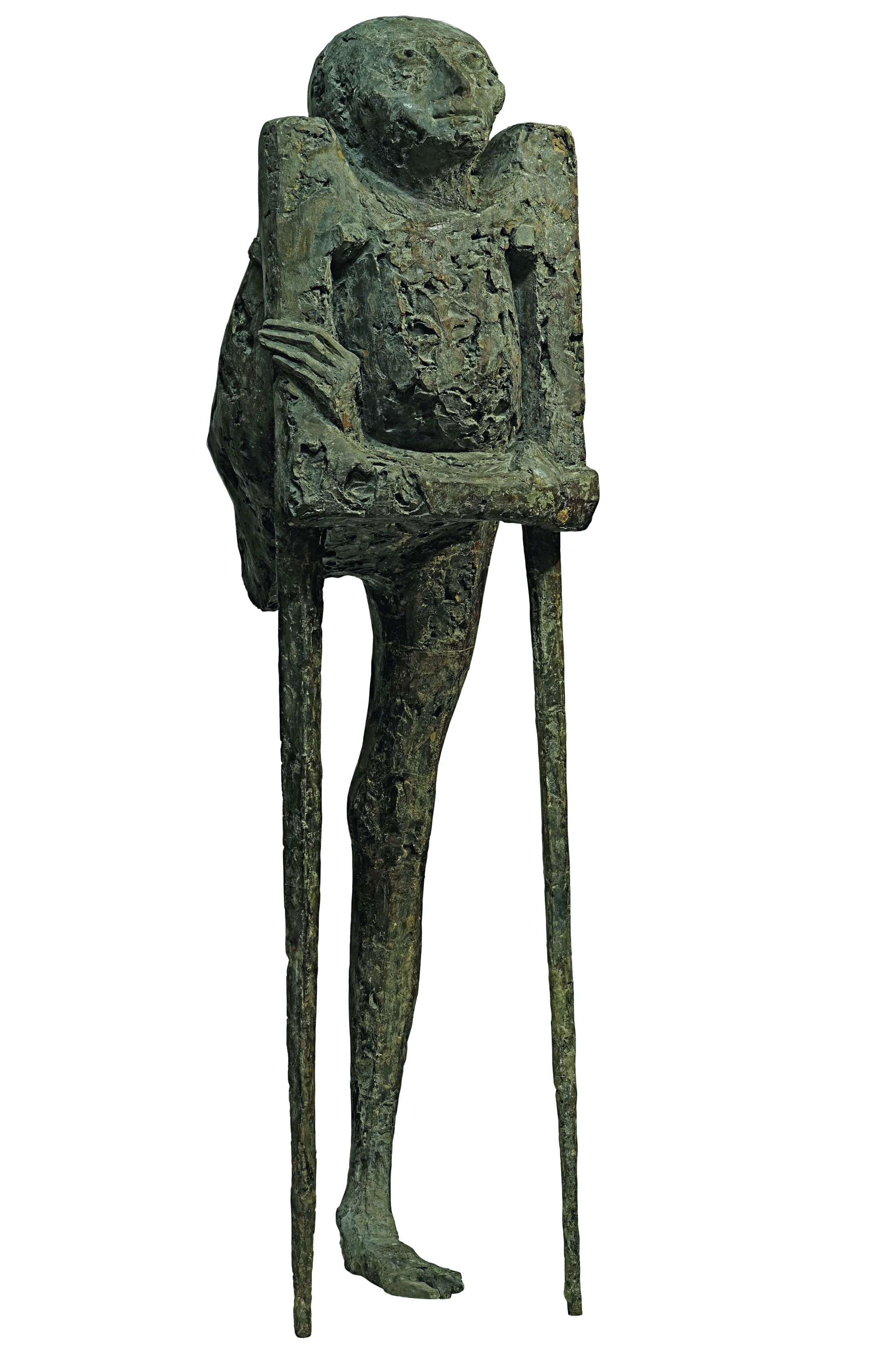 Aleksandar Dyakov is the son of Tsvetan Dyakov, a graduate and doctor of the University of Brussels; he was sentenced by the so-called People's Court and his family was interned. At the early age of thirteen, Aleksandar Dyakov started going into training for boxing at the Slaviya Sports Centre. He was getting on very fast and for several years was a national champion. In 1958, Dyakov graduated in sculpture from the "N. Pavlovich" Higher Institute of Fine Arts, in the class of Mihail Kats. In 1962, he was awarded the first prize at the National Youth Exhibition for the work "Upright Figure (The Little Mason)". The trail of many of his works vanishes and there are many unrealized projects. Aleksandar Dyakov also worked as a painter-producer in a series of movies. In 1978, he played the leading part of a sculptor in the movie "With Love and Tenderness" (directed by Rangel Valchanov, script by Valeri Petrov).

The works of A. Dyakov loaded with powerful messages. In the exhibition "Forms of Resistance", Krasimir Iliev shows two of Dyakov's sculptures – "Spirit and Matter" (1965) and "Corrosion" (1976).

In 1965, while discussing "Spirit and Matter", the opinions of the jury were contradictory and the circumstances demanded to postpone the decision whether to accept the work for the exhibition of the Sofia painters. The idea of the sculptor is as follows: "The spirit is stronger than matter but not because it's almighty. It is capable of overcoming even a monstrous mutilation of the body through the gentle power of beauty which gushes out of its divine nature". After some passionate discussions, "Spirit and Matter" was allowed to participate in the exhibition but by a different name – "War".

In the next years, Aleksandar Dyakov made bold statements in front of high functionaries of the Bulgarian Communist Party (BCP): he openly criticized the fact that the country was congested with monuments to hate and violence, with monuments to Bulgarians killed by Bulgarians and to Bulgarians killing Bulgarians; he stressed the fact that this sowed black seed in the souls of people and that their children and grandchildren would gather in a black harvest. The author expressed the same ideas by the sculpture "Corrosion" (1976), showing that the heroic ideals were destructed.

After 1989, Aleksandar Dyakov made the exhibition "20th Century Projects". Among his projects was the one for transformation of the Monument to the Soviet Army in Sofia (Krida Art Gallery, 2001). His retrospective exhibition at Rayko Aleksiev Gallery (2012) consisted only of photographs. There is no monograph dedicated to his work.