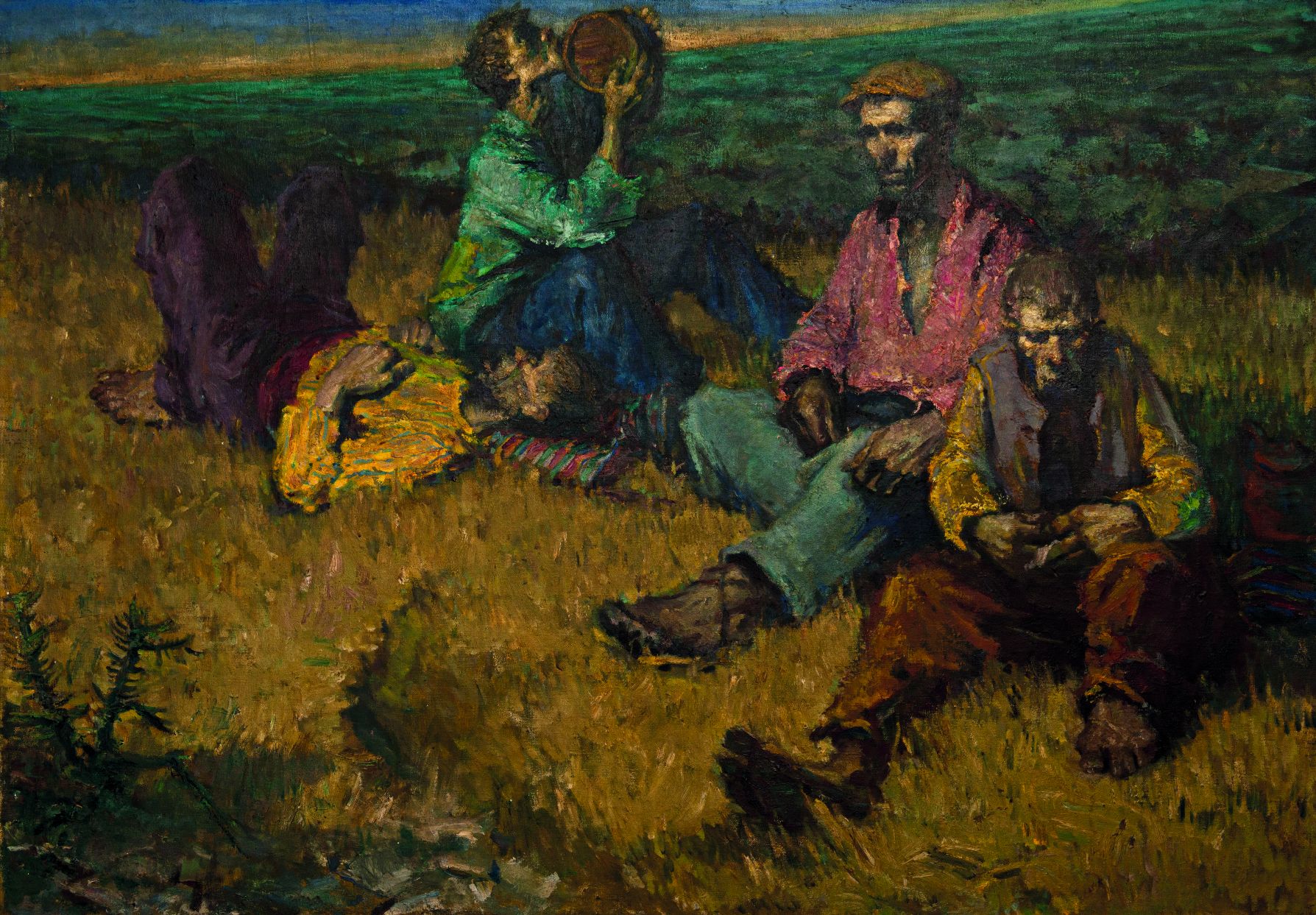 In 1953, he began his studies at the Higher Institute of Fine Arts (HIFA). In 1954, the talented student painted the painting "Rest". That was a time when the theme of "socialist building" established itself as a leading one in art. The representation of the development of heavy industry (factories, reservoirs, highways, works) was a priority. The collectivization (respectively mechanization) of agriculture and livestock breeding was also one of the important topics in propagandist art: portraits of brigade leaders, shock-workers, innovators, team leaders, heroes of labour, eminent front-rankers, labour competitions "running high". The painting of Yavashev lacks a labour enthusiasm – the faces are depressed, the poses express fatigue, the falling horizon dramatizes the feeling of despair (Iliev 2016: 106). The painting was highly criticized by the Rector of the Higher Institute of Fine Arts, Prof. Panayot Panayotov, "because of the colourful clothing and the inclined horizon" (Stefan Javacheff, cited through Iliev 2016: 106). The Rector determined the clear ideological requirements of the Institute: "Our institution of higher education is ideological. It is wrong to think that the good painter, sculptor or applied artist could fulfil the tasks required by the present day regardless of whether he has or has not a socialist view of life, a new vision and attitude toward the world." (Panayotov 1958, cited through Iliev 2016: 106). Thus, the painting was not only criticized but it remained unknown, preserved by the painter's brother.

Christo Javacheff found a way out of the environment that suppressed art by emigrating in 1957. Together with his wife Jeanne-Claude Denat de Guillebon Christo Javacheff became world-known.

After the political changes, the art of Christo Javacheff – Christo slowly won official recognition in Bulgaria. Christo's first significant exhibition was realized not until 2015 at the Sofia City Art Gallery.

The composition "Rest" never left the home of Stefan Javacheff; its reproduction in real size was shown for the first time at the exhibition "Forms of Resistance".