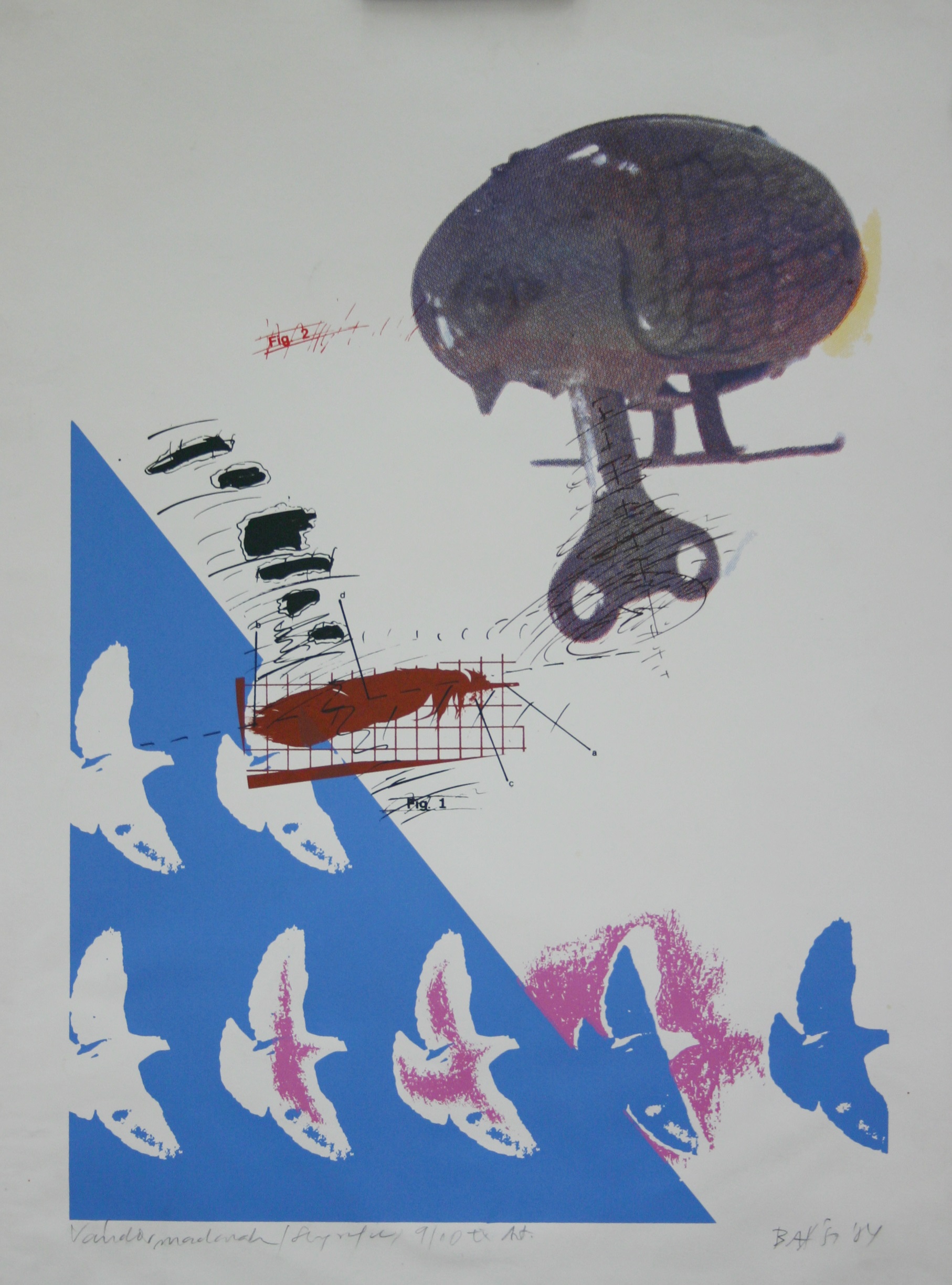 The bird itself was a central figure in the work of Baász. In the preface to The Bird and the World of Peace [A madár és a béke világa] exhibition catalog from 1986, he explains the usage of the bird’s eternal motive. According to this text, the bird serves as a symbol of the artist’s creative power, of his privilege to rethink, rebuild, but also to rediscover. The wings, present in Baász’s oeuvre even without the body of the bird, are a call for options, open possibilities, freedom.

In the silkscreen print from 1984, we are confronted with two types of bird depictions. First, we can see a flock of real birds with wings heading right, organized, together, in front of a blue background. Second, on the upper left side of the artwork, we can see a more particularized bird, a swallow, with closed wings. If we look closely, we see that it’s not a real animal. It’s only a wind-up toy, which is paralyzed when not activated. Despite all its disadvantages, it’s much bigger than the real birds, and it’s heading in a different direction. This again conjures emigration by drawing a parallel between the migrating birds who make long flights in order to survive the winter and the artist’s acquaintances who left the country in hope of a better future. According to another interpretation, the seven migrating birds symbolize the seven Székely counties clinging to traditional values, while the swallow, who could be interpreted as a representation of the artist, chooses to focus on the future instead of the past.