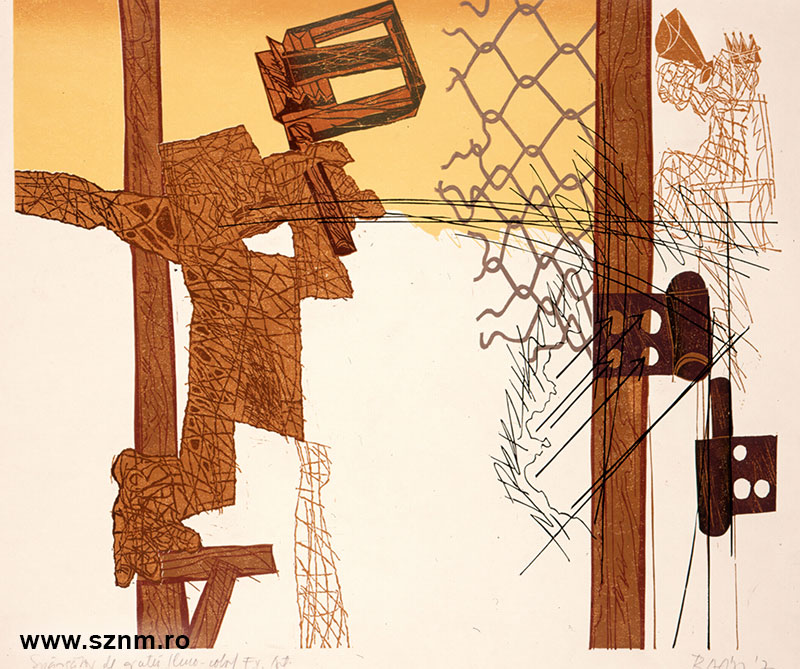 Bar Breaker is one of Baász’s most iconic works, compressing his virtuoso graphic world and his oppositional attitude into one piece of art. Although now famous for his workshops and performances, Imre Baász was primarily a graphic artist. His aim of destroying familiar forms in art is paired with a constant search for new forms. He only kicks the rules if he has news to offer. Bar Breaker dates back to the period right after he moved to Sfântu Gheorghe from Cluj-Napoca. The county first offered him a house in Arcuș/Árkos, a nearby village. This was the period when he discovered objects which later become key elements in his work, like the clapper, the nelson, and the loudspeaker.

Bar Breaker features a standing figure with a clapper in his hands disrupting a grid. On the other side of the grid, there is another figure sitting on a crowned chair, holding a loudspeaker. The abstract style and the geometrical figure perception are very typical of the Baász’s early period.