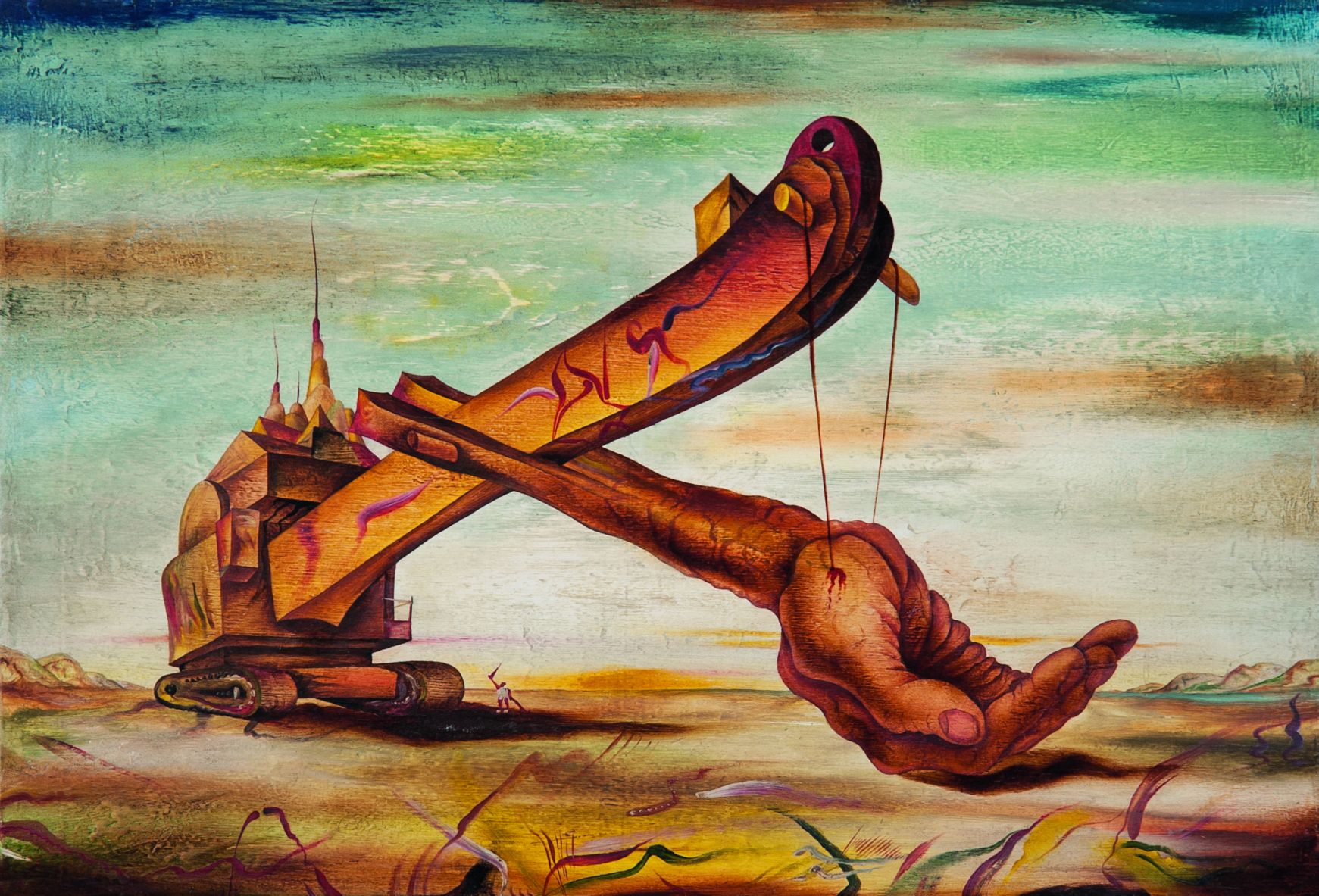 Since the 1960s, Ivan Manolov Petkov – Turkata, who was a civil engineer by profession began drawing as an amateur painter. His paintings are in the style of the dramatic and grotesque visions of the world typical of the works of Pieter Brueghel the Younger (also known as Hell Brueghel) and Hieronymus Bosch as well as of Paul Delvaux and Salvador Dalí. The varieties of surrealism were forbidden since they were particularly dangerous for the regime with the ridiculing of the utopias. At that time, the knowledge that Marxism was an utopia was already present in Bulgaria. The works of Ivan Petkov – Turkata were not allowed to participate in art exhibitions but in 1977 he managed to make an independent exhibition in the hall of Sofstroyproekt – the institute where he worked as an engineering technologist. The exhibition was closed down prematurely.

The State Security put him under surveillance by the code name "The Painter" and kept a record with "materials" – slanders with the purpose of "preventing, neutralizing the enemy activity". Investigated by the State Security, interrogated, eavesdropped and kept under observation, Ivan Petkov ceased making public statements against the regime and began expressing his opinion of the "people's power" through his paintings.

Despite the regular interrogations, denunciations and warnings, Ivan Petkov created influential paintings-metaphors in which his criticism of the regime was surreptitiously expressed. The paintings "Anthropological Excavator" (1981) and "Lobotomy" (1983) are one of his large-scale metaphors of socialism – socialism as antihuman, disabling regime (after lobotomy, man becomes mentally and emotionally paralysed).

Ivan Petkov used mainly oil-paints on canvas or wood but also water-colours and mixed techniques. He experimented with sculpture and decorative art. The painting "Anthropological Excavator" which was property of the painter's inheritors was part of Petkov's independent exhibition "Surrealism in Time of Socialism" (2015, curator Krasimir Iliev) at the Loran Gallery during which it was bought by Angel Gatev.