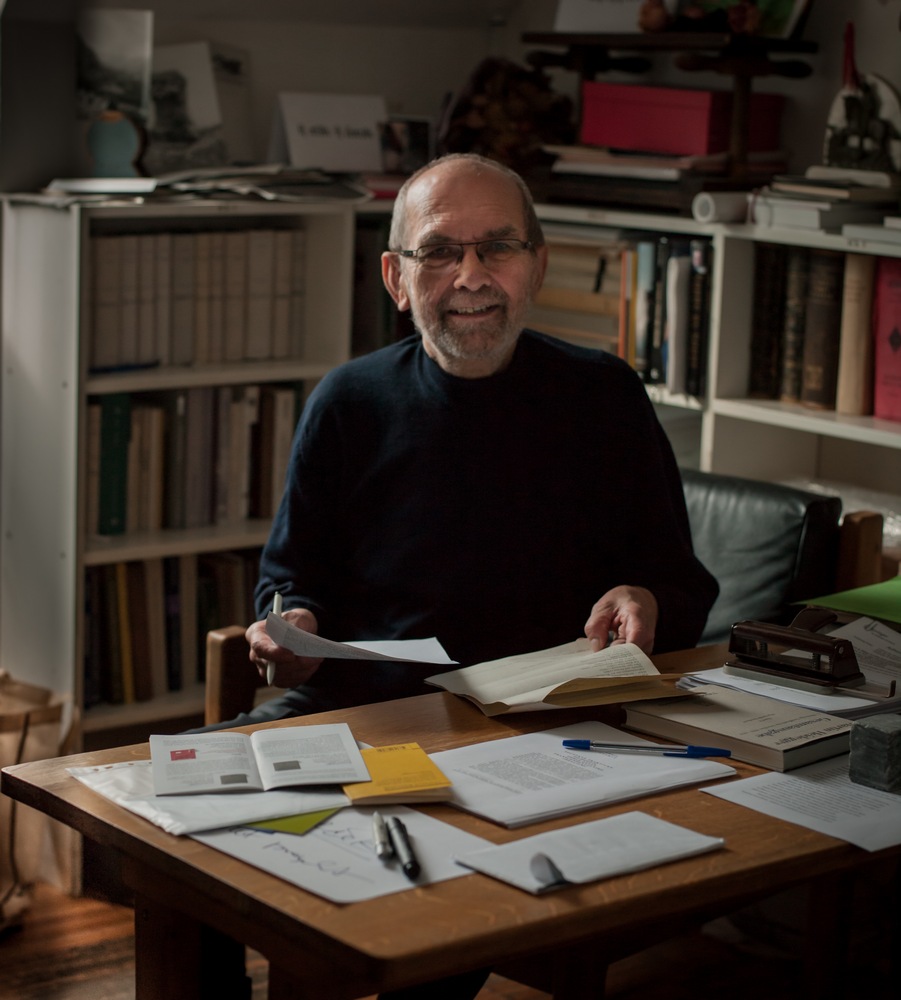 Ivan Chvatík is a Czech philosopher and former pupil of Jan Patočka. He is a graduate of the Faculty of Nuclear Sciences and Physical Engineering of the Czech Technical University in Prague. In 1968, Chvatík became an external aspirant at the  Faculty of Arts of Charles University in Prague, supervised by professor Jan Patočka. After Patočkaʼs expulsion from the University in 1972, he stopped official graduate study and continued organising Patočkaʼs private seminars and lectures. Immediately after Patočkaʼs death, Ivan Chvatík deposited Patočkaʼs written legacy in a secret location and began publishing his works as a samizdat. Until 1989, 27 samizdat volumes of Jan Patočkaʼs works were issued. In 1990, Ivan Chvatík and his colleagues were recognised by the Czechoslovak Academy of Sciences for their samizdat publication activities. Chvatík also cooperated with the Institute of Human Sciences in Vienna, which was founded in 1982. The Institute handled, among other things, the philosophical legacy of Jan Patočka. Thus, Ivan Chvatík constantly made copies of Patočkaʼs works and, with the help of collaborators, smuggled these reproductions into Vienna. In Vienna, these works were provided to those interested and translated into German or French. In 1984, twelve of Martin Heideggerʼs lectures, translated into Czech by Chvatík, were published in Oxford. These books were then smuggled secretly into Czechoslovakia. Until 1989, Chvatík led a private philosophical seminar on Heideggerʼs “Being and Time,” using his own translation in progress, and organised the visits of foreign philosophical guests at the seminars. In 1990, Chavtík set up the Jan Patočka Archives as a special department at the Institute of Philosophy of the Czechoslovak Academy of Sciences and today Ivan Chvatík still serves as the director of this archive.

Beginning in 1990, Ivan Chvatík served as a governmental liaison for the founding of the Central European University and as the secretary to the board of trustees of the Prague CEU Foundation, until the end of the CEU in Prague in 1997. Since 1993, he has been co-director of the Center for Theoretical Study, the Institute for Advanced Study at Charles University and the Czech Academy of Sciences. In 1997 Ivan Chvatík received the Jan Patočka Memorial Medal from the Czech Academy of Sciences in recognition of accomplishments in furthering scientific research. Since 1990 he has edited 29 books by Jan Patočka, including 19 volumes of his collected works.