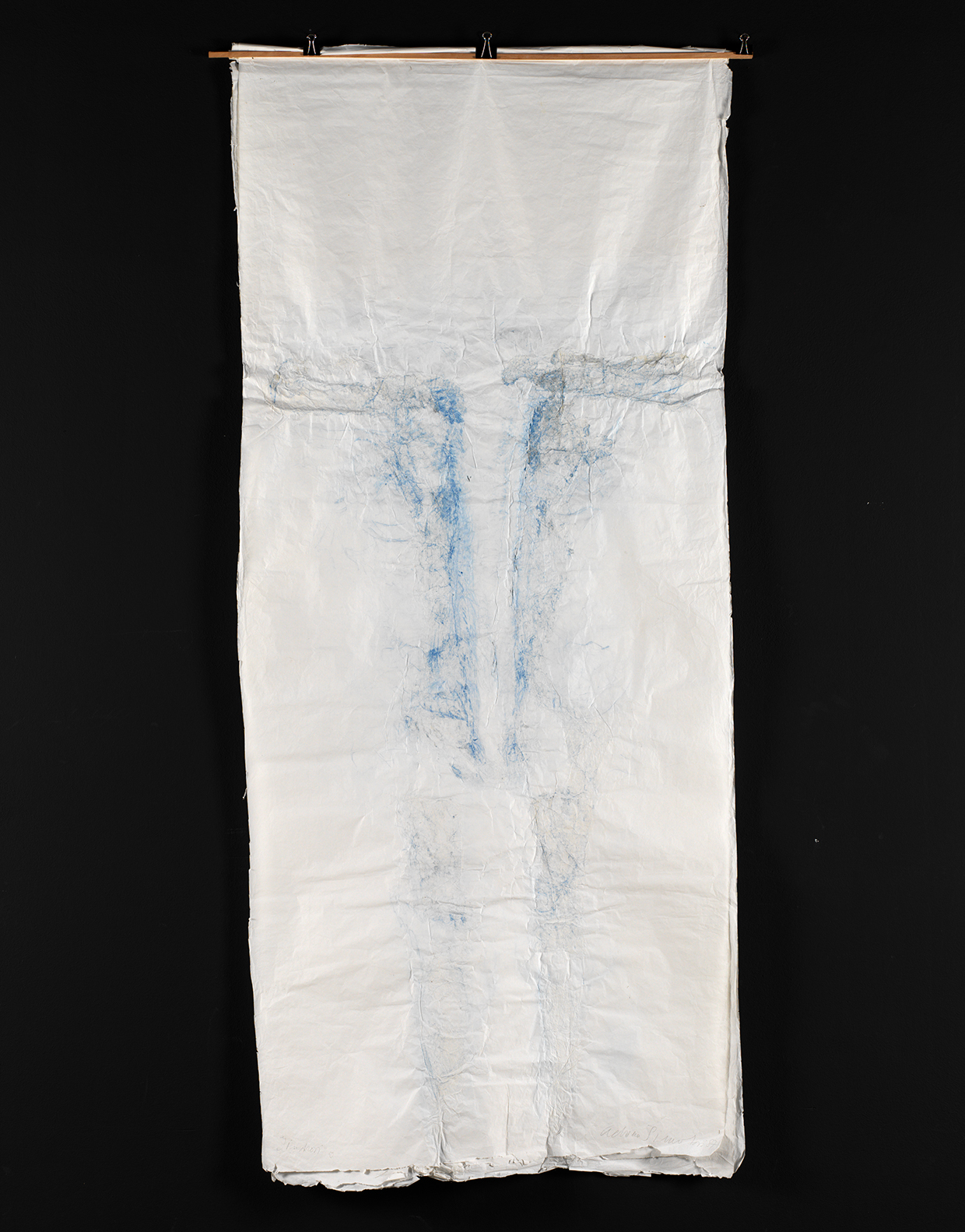 The work of Adriena Šimotová that is in Jindřich Štreita’s collection is one of the many large-scale paper works that the artist has created since the 1970s. This is a body print imprinted in several layers of paper, highlighted with a blue pigment. Like the Polish sculptor Magdalen Abakanowicz, Simot formed her own body with touch. In many of her works she has attempted to wipe out the difference between the creator and his work. She wanted a physical gesture, such as a print of the body, the face or the limbs, to literally be incorporated into the work. Therefore, the traditional canvas was replaced with fine laminated paper or linen sheets. The paper, which symbolized vulnerable and sensitive skin, layered, crackled and jerked directly on her body or the bodies of her friends. Printed bodies and their torso became the symbol of a man wounded during the ‘normalization’ period of the 1970s and 1980s.

According to Jindřich Štreit, this work of Adriena Šimotová is the most valuable work in his collection; the estimated price is more than half a million euro.