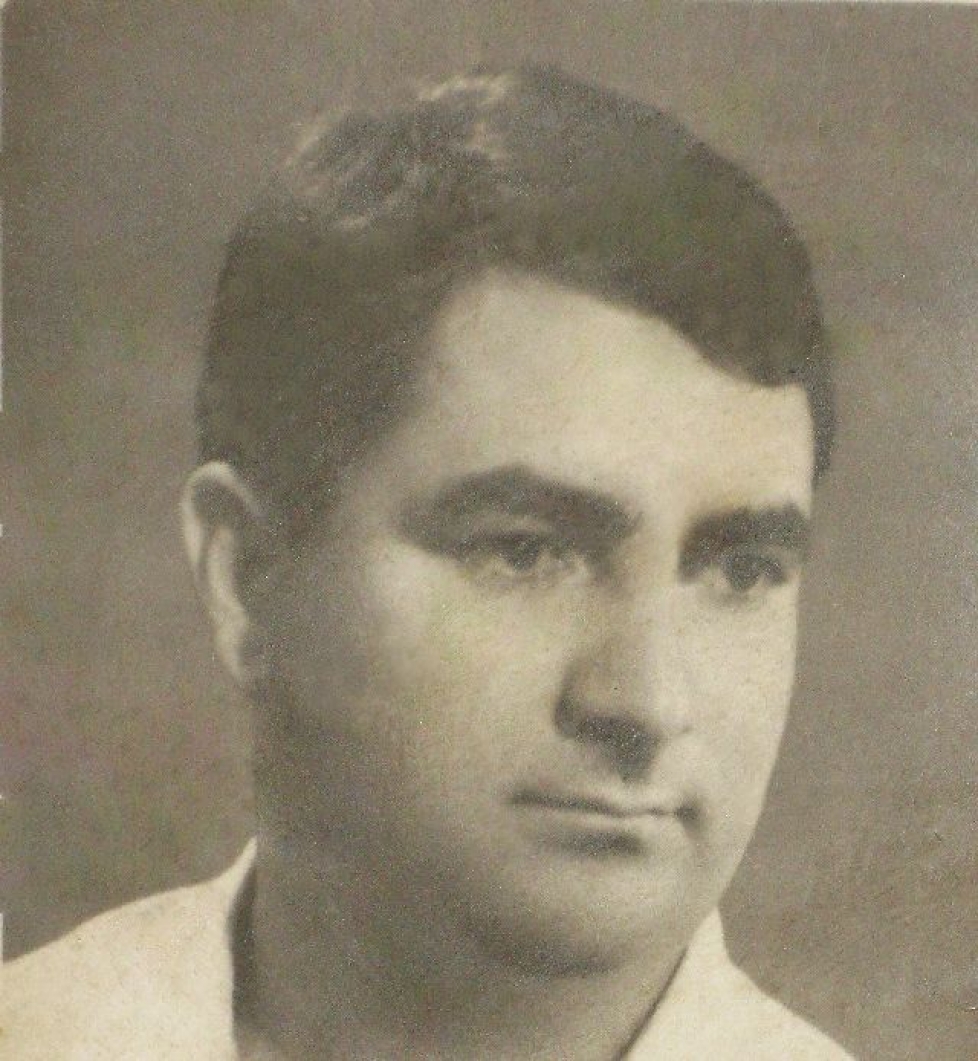 Ion Cioabă was a Roma leader and activist who involved himself in defending the rights of his ethnic group during the communist regime and after its fall in December 1989. He was born on 7 January 1935 in Târgu Cărbunești, Dolj County. During World War II, he and his family were deported to Transnistria. After his safe return to Romania, he became a member of the Workers’ Youth League. During the 1950s he collaborated with local authorities to convince Roma people to give up nomadism and integrate themselves in mainstream society. This brought him prestige among local Roma communities and thus in 1971 he was elected the leader (bulibașa) of the nomad Roma people in Sibiu county and its surroundings. His great influence over Roma groups and his willingness to collaborate with the authorities to settle and “modernise” his nomad peers transformed him into “the best mediator between officials and Gypsies, having the ability to translate the indications or political messages into the Gypsy language, to the values and soul of the Gypsies” (ACNSAS, I 172057 vol. 1, ff. 2 f, 46–49; D 8685, ff. 305–306).

His collaboration with the Romanian secret police, the Securitate, began in 1970–1971. At that time, the Securitate organised a massive operation to collect requests for compensation on the part of those persons (Jews, Roma, Romanians) who had been deported on racial grounds during World War II. This was done in order to reclaim payments from Federal Germany. Ion Cioabă was responsible for collecting the requests of the deported Roma (ACNSAS, D 144 vol. 12, ff. 291–293). His collaboration with the secret police strengthened after his election as a member of the Presidium of the Romani International Union (IRU). He thus began to give full reports about the activity of the IRU and his meetings with its leaders, and about his contacts with other transnational Roma organisations and foreign journalists (ACNSAS, D 8586 ff. 305–306).

Taking advantage of his privileged relations with the Securitate, Ion Cioabă initiated a series of activities in support of the discriminated-against and socially marginalised Roma people in communist Romania. Alone or in collaboration with his protégé Nicolae Gheorghe, he signed memorandums that were presented to the Romanian authorities. These documents described the difficult situation of Roma people and contained a programme of measures to ease their condition through integration into mainstream society (ACNSAS, D 8586, ff. 292–297, 263–265). Moreover, Ion Cioabă joined Nicolae Gheorghe’s endeavour of demonstrating that Roma people had a distinct cultural and ethnic identity and thus deserved to be recognised as a national minority and granted similar rights to other ethnic groups. Consequently, he personally supported the organisation of cultural activities in which the richness of Roma traditions was displayed and used these examples to demonstrate that Roma people were worthy to be integrated as distinct ethnic group in Romanian society (ACNSAS, D 144 vol. 12, ff. 377–379; D 144 vol. 11, ff. 2–3 f–v; D 144 vol. 13, ff. 175–177).

Cioabă also intensely lobbied the Romanian authorities to officially endorse his and Gheorghe’s efforts to get compensation for the deported Roma. The initiative failed as Federal Germany indefinitely postponed the discussion of payment of reparations for deported Roma. At the same time, the Romanian communist regime was not willing to use diplomatic pressure against West Germany as an intervention would certainly have strained its relations with that country (D 144 vol. 12, ff. 252, 253 f–v, 291–293; D 144 vol. 13, ff. 20–21 f–v; I 172057, ff. 4–5 f–v).

After the fall of the communist regime, Cioabă continued his good relations with the Romanian authorities. Thus, in 1990 he was elected a deputy in the first democratic Parliament and obtained compensation for those Roma whose gold coins and jewellery had been confiscated by the former regime.  In order to bolster his authority as the leader of Roma people in Romania, in 1992 he self-proclaimed himself “the international king of Roma.” As the files of the former secret police were gradually opened only after the establishment of CNSAS in 1999, his collaboration was never proven during his lifetime. Thus until the end of his life in February 1997, Cioabă managed to maintain a close collaboration with Nicolae Gheorghe, supporting his initiatives to alleviate the difficult situation of Roma people.

Burlacu, Liviu. 2009. “Preventive Measures Used by the Securitate.” In Learning History through Past Experiences: Ordinary Citizens under the Surveillance of Securitate during the 1970–1980s. Edited by Virgiliu Țârău, 64–66. Bucharest: Editura CNSAS.