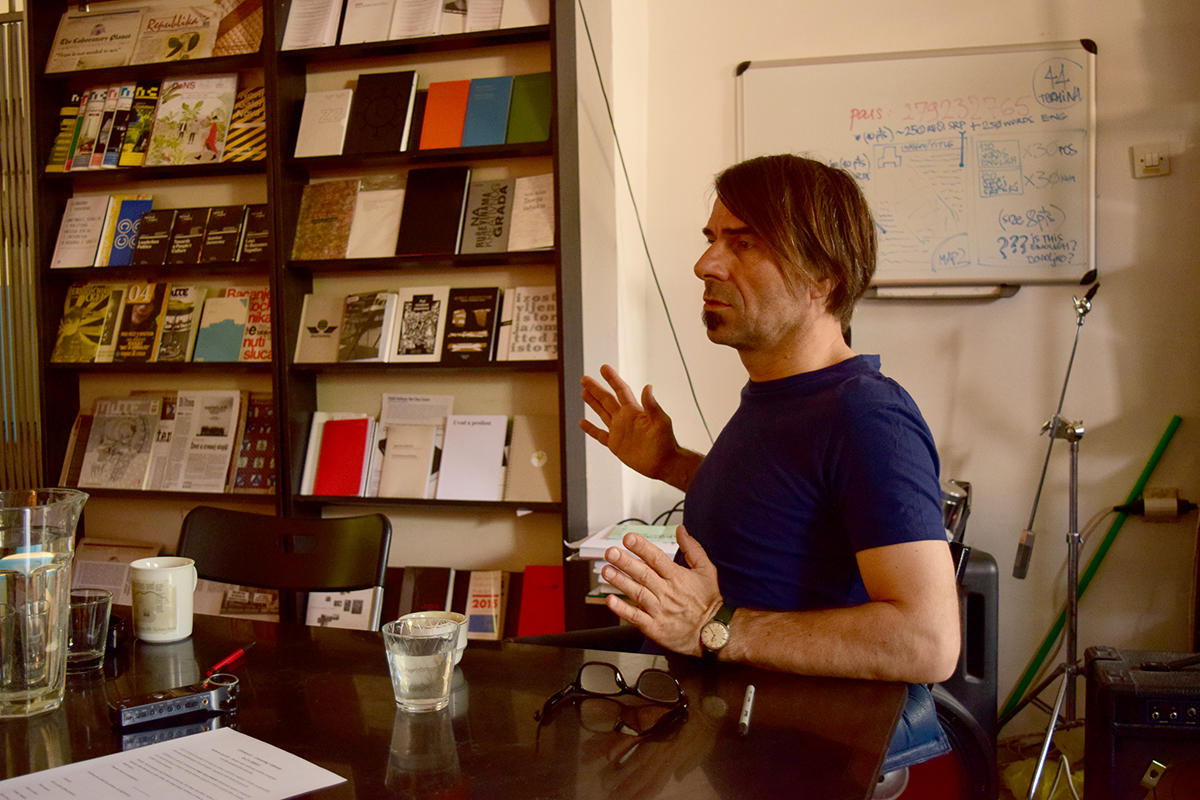 Zoran Pantelić, born in 1966 in Novi Sad, where he still lives and works, is an independent visual artist. He studied sculpture at the Academy of Arts in Novi Sad and, in line with the education system of the day, his early period was determined by the traditional visual arts scene. He has had solo and group exhibitions, and has participated in contemporary art conferences.

His work changed during the 1990s for a number of reasons. On the local level the country was at war, on the global level a transformation was underway towards embracing new technologies. In his own words “this new environment led me to question my acquired knowledge and in relation to that and the economic crisis in Serbia, I saw the strengthening of my personal feelings and relationship toward immaterial art as my initiation, precisely through the local neo-avantgarde and avantgarde.”

He was active in the Apsolutno art collective from its inception in 1993 until 2005. The collective focused on new technologies, traditional art projects and video installations. In the second half of the 1990s, through artist residencies abroad, he acquired an insight into international events and contemporary social and cultural challenges in Europe. The political shift on 5 October 2000 – when the presidency of Slobodan Milošević was ended by mass demonstrations of Democratic Opposition of Serbia supporters – pointed to the needs and problems in art production that reacts to and yet is not rooted in the infrastructure and politics of culture, where it could interface with societal relations.

After acquiring experience abroad and learning about organizational models, in 2001, together with other members, he established New Media Center_kuda.org with a space with permanent infrastructure, where people could gather, share ideas and information and collaborate. This became the basis for new artistic production, a hub, an archive and a library. The mission of kuda.org is to organize artist-activists who challenge the use of new technologies in art and society and to create a platform for the critical analysis of technology and society.