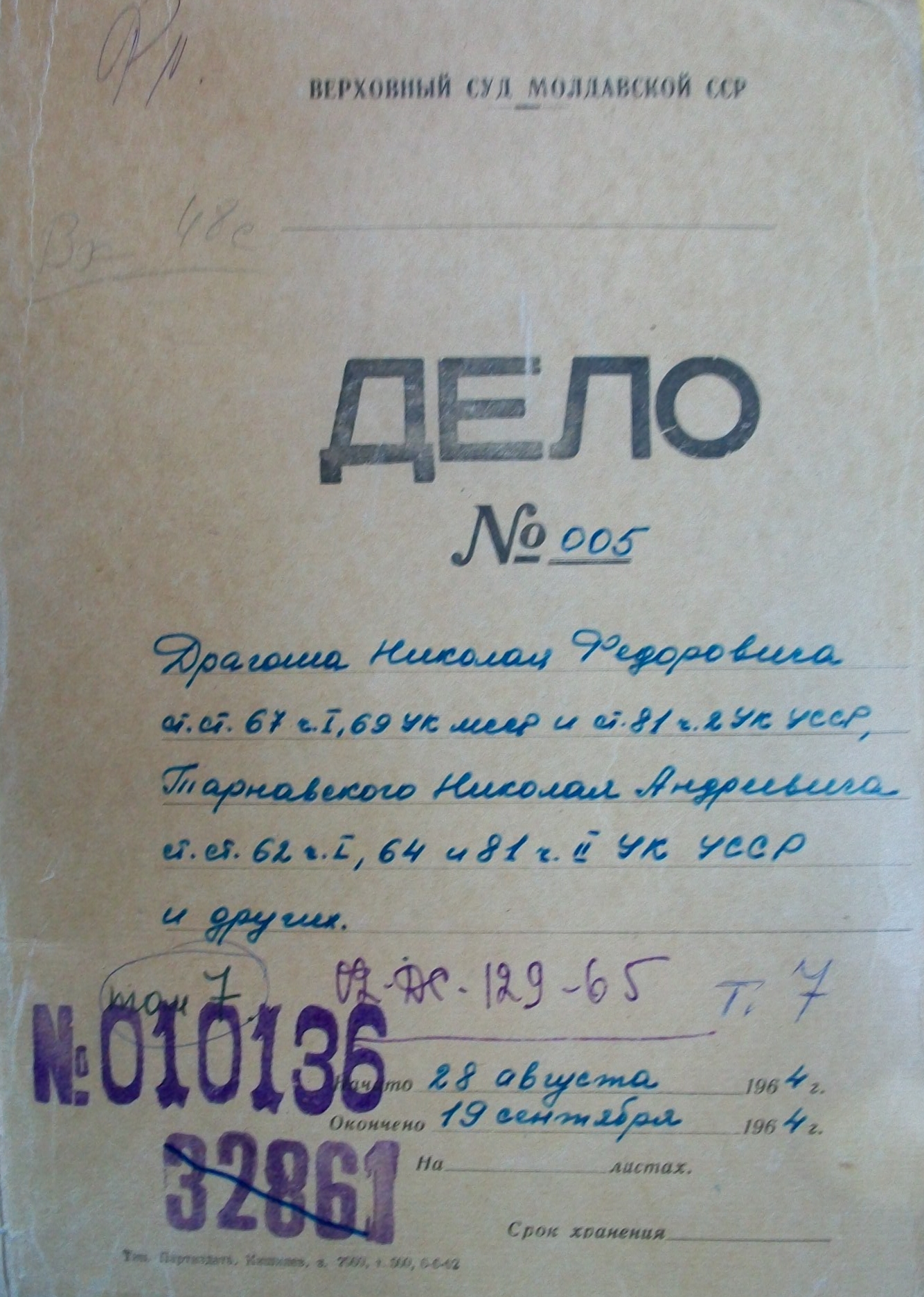 This ad-hoc collection is related to the activities of the first explicitly anti-communist organisation of the post-Stalinist period that operated in the Moldavian SSR, the Democratic Union of Socialists. The materials within this collection focus on the activity of the founder and main ideologue of the group, Nicolae Dragoș, a schoolteacher who challenged the political and ideological monopoly of the Communist Party of the Soviet Union under the impact of Khrushchev’s “thaw” and aimed at creating an alternative political movement based on a platform of “democratic socialism.” The Dragoș case files, originally held in the Archive of the Intelligence and Security Service of the Republic of Moldova (formerly the KGB Archive), were transferred to the National Archive of the Republic of Moldova in 2012.