Report on hostile activities by religious communities and the State Security Service's countermeasures in 1965, 1965. Archival document 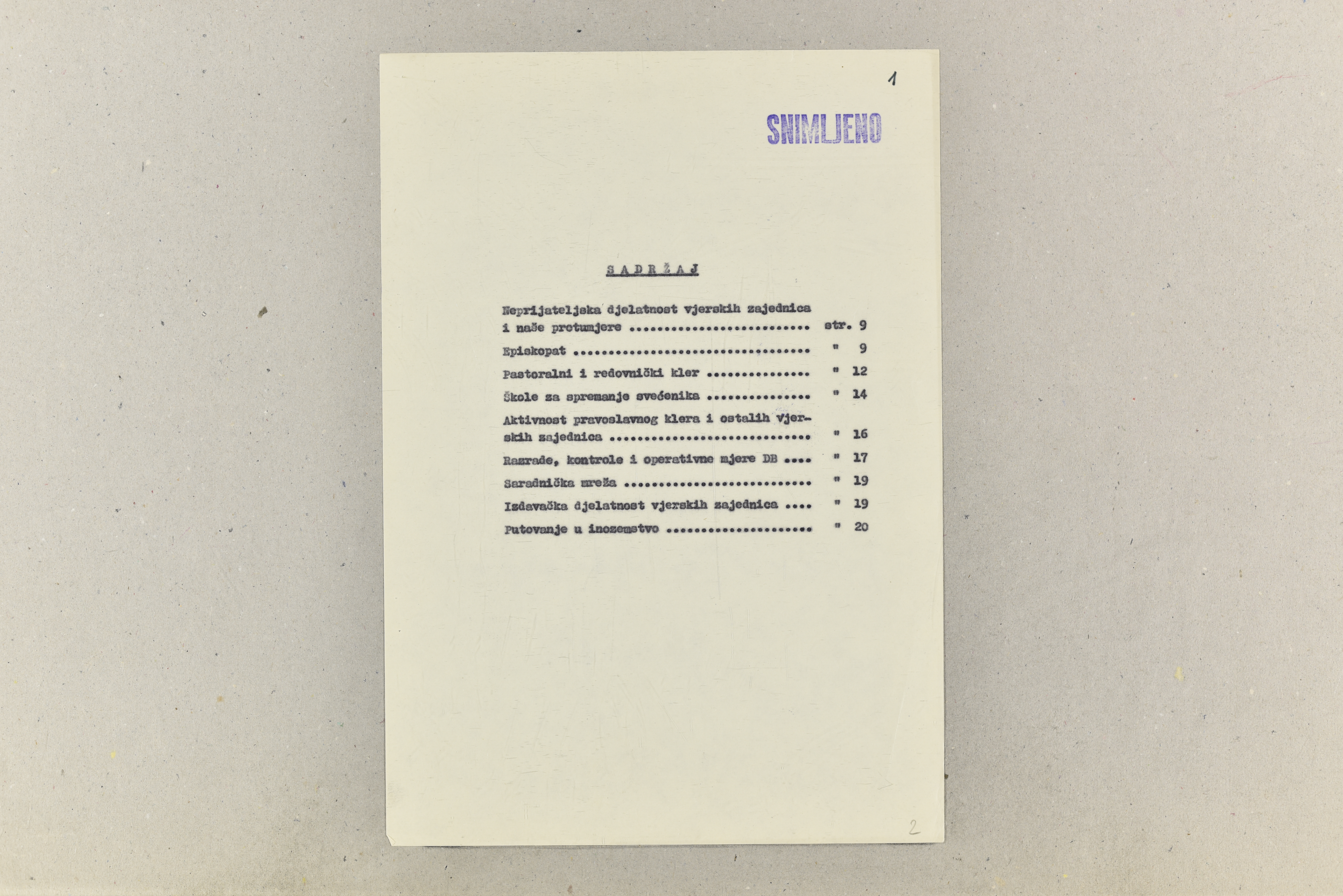 In that particular report for the year 1965, the main activities of the Roman Catholic Church were analysed in the context of Second Vatican Council (1962-1965) and the negotiations in the early 1960s between the Vatican and Yugoslavia meant to settle relations between the Yugoslav Government and the Catholic Church, which resulted with the signing of the protocol a year later (25 June 1966).

During 1965, which can be seen in Service's Report, Church-State relations deteriorated. The primary cause was a letter to church members adopted by the assembly of the Conferences of Bishops in Zagreb in May of that year. The Report highlights that its adoption “constitutes an abuse of religion and the Church for political purposes and an attack on the social and political system“ in the country. Another  cause was the celebration of the 250th anniversary of Our Lady of Sinj in Sinj on 15 August of that same year. As described by Akmadža, the authorities were irritated with Bishop Franić's circular letters on the occasion of the celebration, in which, when writing about the presence of Cardinal Šeper at the celebration (he became cardinal in that same year), he often emphasised the national character of the celebration and appeared to promote ultra-nationalist tendencies (Akmadža 2004, p. 492). In this vein, in the Report, the Service assessed that it  “it recognised the tendency to give Šeper not only the role and status of Church or religious leader, but also the status of national leader.”