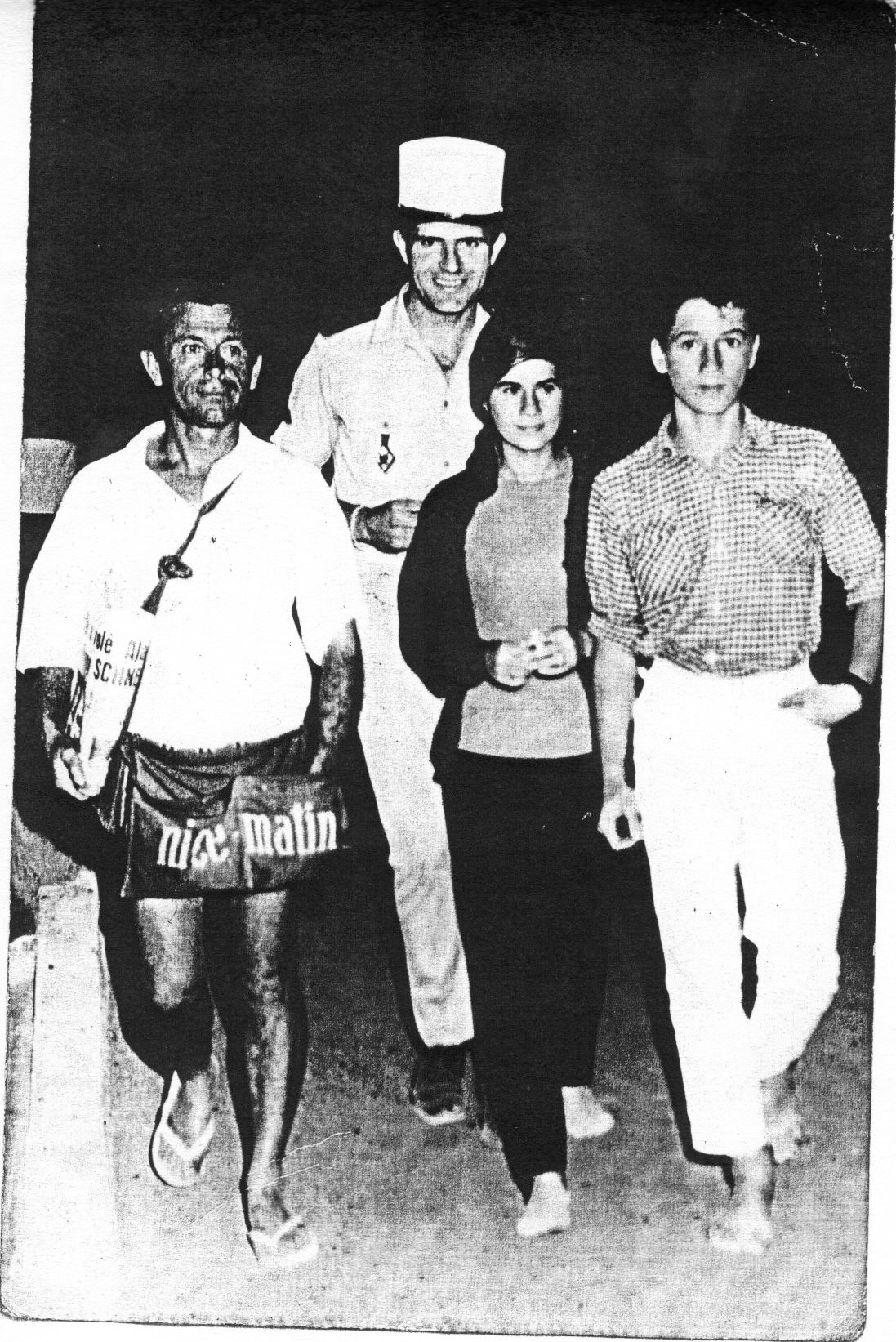 Sándor Nemes was born in Szekszárd-Zomba, a small village in the south of Hungary, where his father was a schoolmaster. In 1956, as a second-year high school student, he was the one who removed and threw the hated “Rákosi crest” of the school out to the street, and after the second Soviet military invasion, together with some friends, he produced flyers calling for resistance by a general strike. At the age of 15, during the Christmas holiday, he fled all alone to Yugoslavia, where he spent several months in the famed refugee camp of Gerovo, before he was taken by a French transport to the West.

After a few years working in the Citroen car factory and other places, he joined the Legion in 1960 at Fort Vincenne. He was taken to Algeria and soon was trained as a signalman with the best qualifications. When Algerian war ended in 1962 he was ordered to Corsica, then to Orange, and Tahiti. With a 16-year long service in the Legion, he transferred to the regular French Army, and was reassigned for another two years to a Paris military base. In 1975 he acquired French citizenship, and one year later he visited his native land for the first time since 1956, still as an active soldier in the French Army. He was discharged in 1978 as an ensign with 18 years of service. Then he got married, settled back in Corsica with his wife of Corsican roots, and built their family home mostly on his own in Borgo, where their two children were soon born.  He restarted his civilian career as a security expert at the Bastia Airport, and the local network of the French National Bank. After becoming a widower, he had to care for their two teenage children for years by himself. From the 1980s he could regularly visit his family left behind in Hungary. He still keeps in close contact with the members of Hungarian veterans’ circle in Provence and elsewhere in France. He is an original character with much vitality and sense of humor, which makes him popular among the much younger Hungarian legionnaires still doing their active service.

Sándor Nemes was from the start one of the most valuable sources and supporters of the Hungarian legionary historical research project, 2011–2016. The documentary film and book Patria nostra, the twin products of this research, could not have been completed without his devoted contributions. He was the main character with his rich memories and guidance, and was also the main organizer, host, and local guide of the shootings in many sites in Corsica (Bastia, Borgo, Corte, Calvi, etc.). Furthermore, he is an excellent author of a memoir, as proven by his finely written autobiographical manuscript, a valuable item of the archival collection, illustrated with many original sources and documents. His other manuscript, “The Slang Vocabulary of the Legionnaires,” which includes close to 3,000 idioms and proverbs, is a cultural and historical rarity, and another valuable piece of the collection.