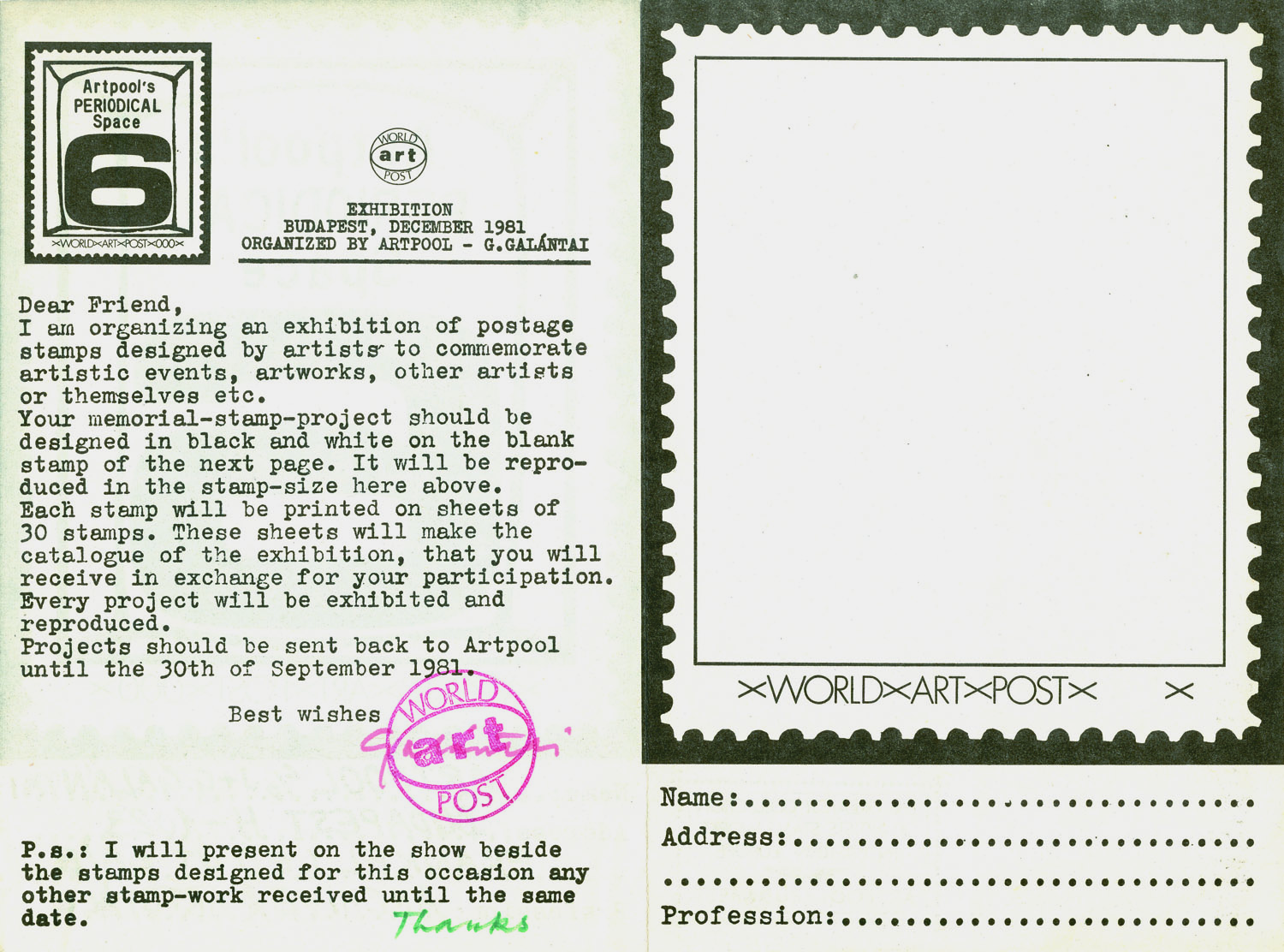 The greater part of the exhibition consisted of the commemorative stamp designs made by 550 artists from 35 countries at the call of György Galántai, who had been organizing the project for two years and thus was establishing Artpool’s artistamp collection. Accompanying the exhibition held at the Fészek Klub, an artists’ book catalogue was published containing related theoretical texts and 27 stamp sheets with the 756 stamp images sent in response to the call.

György Galántai “directed” Stamp Film in the Balázs Béla Stúdió using images from the World Art Post exhibition material. He added soundworks by the networkers. The mainstream periodical Élet és Irodalom published a selection of the Hungarian participants’ stamp designs. The exhibition and the catalogue met with a good international response. During their 1982 Artpool's Art Tour, Galántai and Klaniczay “handed out” copies of the catalogue to their artist colleagues, and they received important publications in exchange. The Canadian pioneer of the artistamp genre, Mike Bidner, contacted Artpool upon purchasing a copy of the catalogue. He invited the Stamp Film for the Artistampex organized by him in Canada, 1984. Before his death, he donated his collection of thousands of artistamps to Artpool.