Samoidentyfikacja. Performance and series of photomontages. 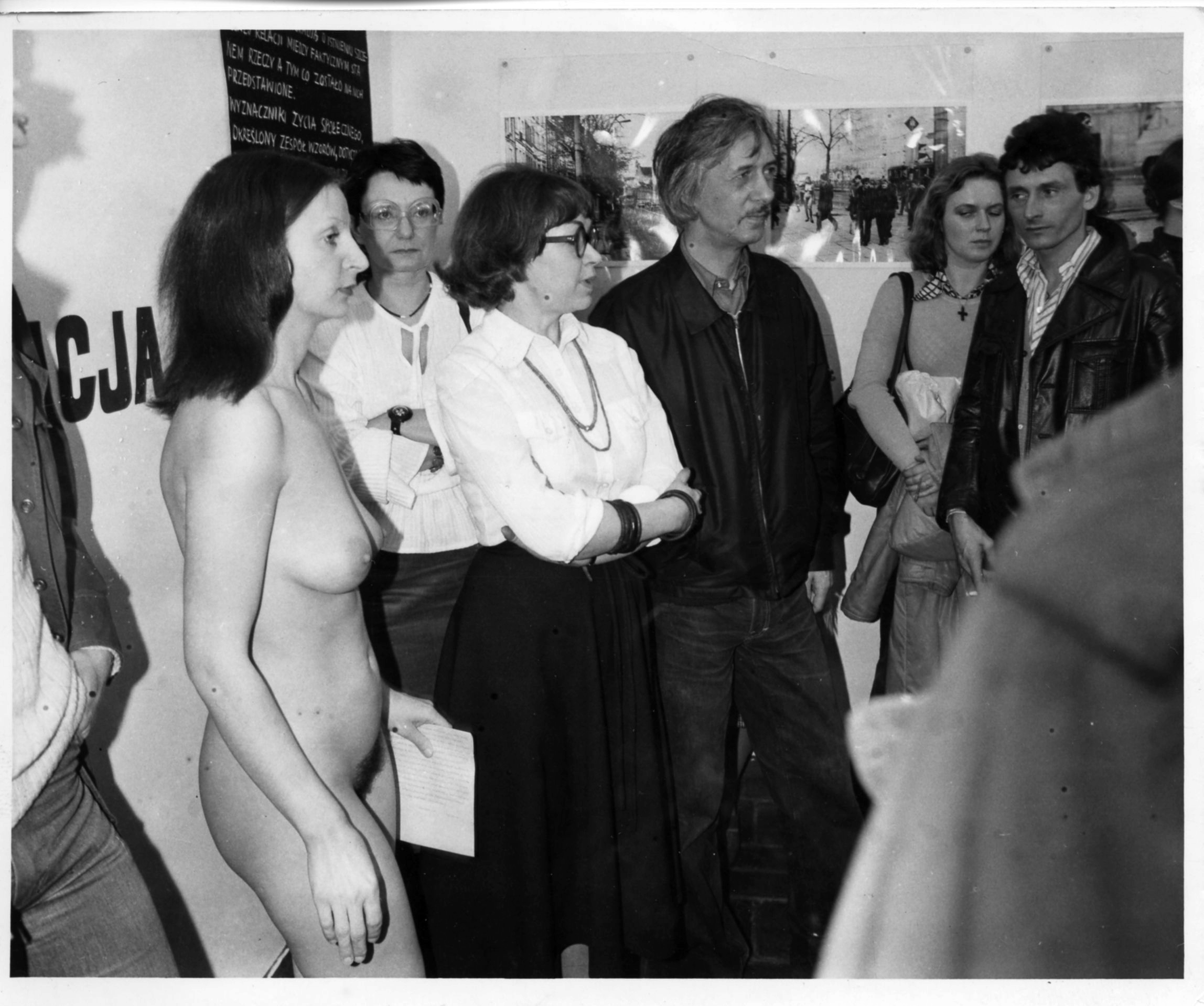 “Self-Identification” is a performance and a series of photomontages in which a naked female figure enters the public space of Warsaw; she waits in a line, walks on a crowded street, or stands in front of a uniformed female police officer controlling the traffic.

The action comprised leaving the gallery space naked and going to the representative Old Town. There, by the locally well-known Palace of Weddings, the performer joined a group of wedding guests and groomsmen cheering after the ceremony. As Museum of Modern Art explains, thus the artist confronted the institution of marriage determining one of the core elements of femininity seen as a paradigm of personality made up by patriarchal culture.”

During the vernissage of the photomontages Ewa Partum, naked, read out to the audience a feminist manifesto, in which she denounced the inequality of prestige of men and women in the art world.

In the catalogue for the exhibition, whose print was withheld for years by the censorship office, Partum wrote about the “cultural and social status” of women “understood as a kind of sum of roles, a model born out of tradition (...) a certain set present in social awareness.” She calls this “role model of a woman” a “product of patriarchal culture”, which “impairs women while maintaining appearances of respect for her”.

The webpage also informs us about the contemporary reception of the exhibition by the authorities and the audience: “Some of the photographs/collages could not be displayed due to the censorship, e.g. a picture of naked artist in front of a governmental building. Upon the opening of the exhibition there was risk of it being accused of pornography and nihilism. Ordinary passers-by reacted with indignation: «we’re not in Africa».”