Protest against the persistent imprisonment of civil activists, 1989. Photo 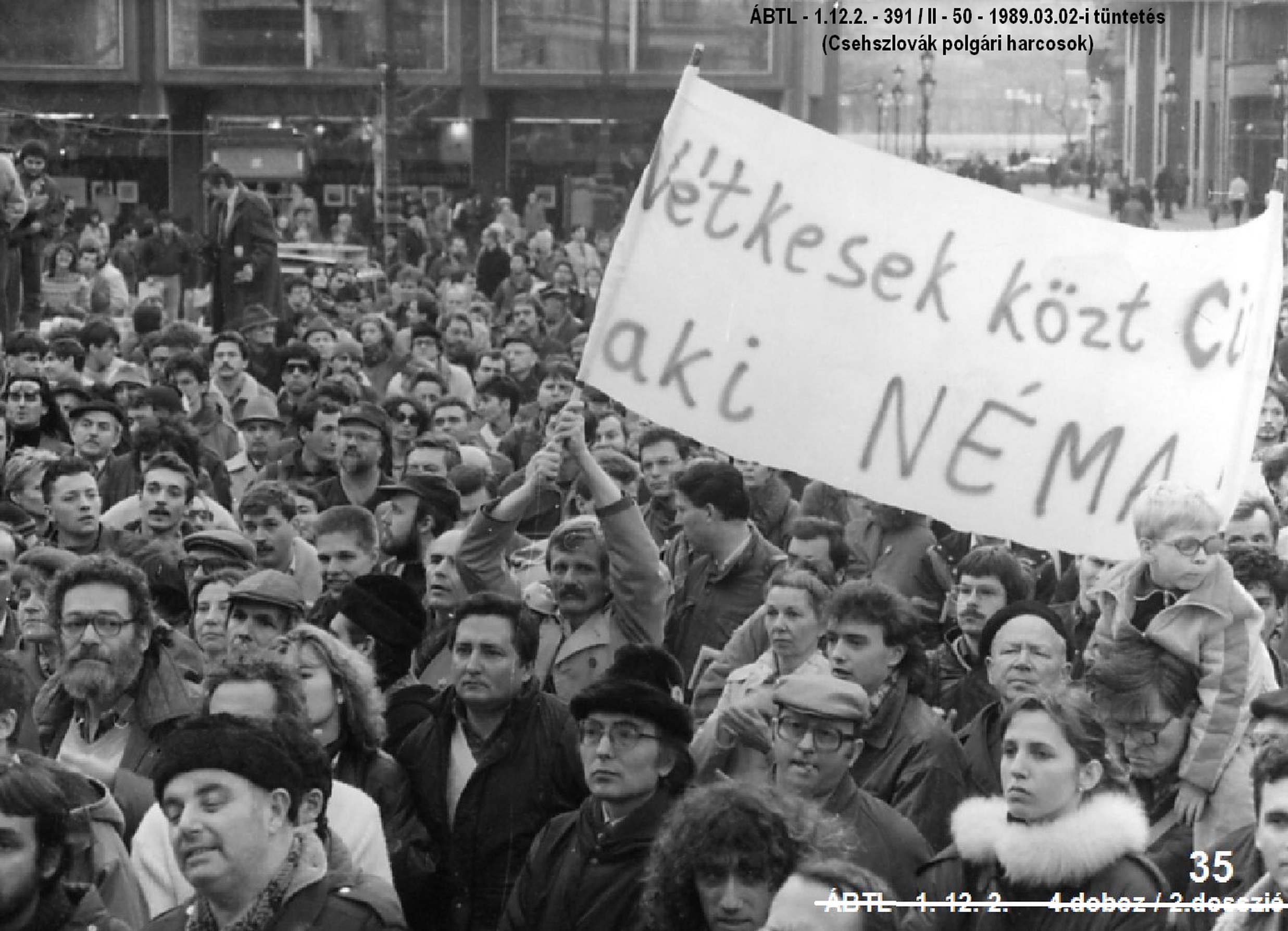 A “Protest against the persistent imprisonment of civil activists,” for example against Vaslav Havel’s arrest, was held on 2 March by numerous alternative organizations and parties. Between 400 and 600 people protested on Vörösmarty Square. One of the photos, one can see a banner with the sentence “Silence is complicity.” This photo was probably taken by István Kurta.