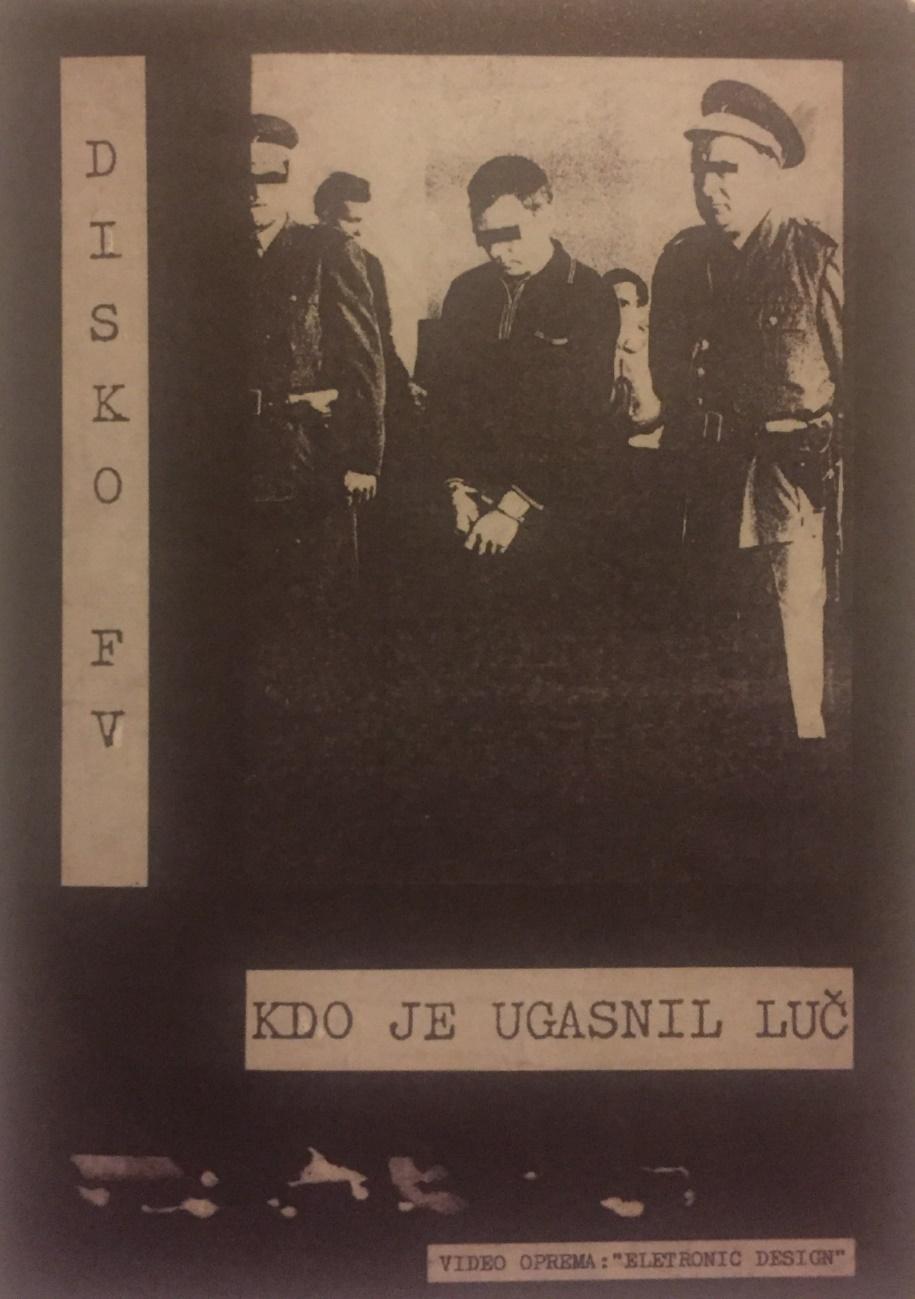 In 1983, FV Video and the band Borghesia (Neven Korda, Goran Devide, Zemira Alajbegović, Aldo Ivančič, Dario Seraval, and Sergej Hrvatin) staged the performance Kdo je ugasnil luč? (Who turned out the lights?) as part of the Spring Festival. The content of the show was transmitted by a variety of devices, such as slide projectors, film projectors, and even a video projector to a structure of television monitors, loudspeakers, and screens. As Neven Korda says, the eclecticism in their manner of expression led them to think of themselves as a “punk theatre.” They saw in punk a certain energy that tears down the old without disdaining the past: “We wanted to rescue the past from servitude to the bureaucratised apparatuses of the state’s ideology.” The FV theatre’s show sought inspiration in topics from art history and society in general. It was a spectacle with its principal focus on the media.