The Artpool Art Research Center is a non-profit institution which was opened in 1992. It is located in the center of Budapest. It houses a public library, multimedia archives, and the Artpool P60 exhibition space. Following the political changes of 1989, Artpool, which already had an international reputation, was officially recognized, and it was opened to the public as a non-profit organization. Its financial operation was based on contracts with the Budapest Municipal Council and the Ministry of Human Resources through two NGOs, the Artpool Foundation and the Artpool Non-profit Ltd. Due to the changes in cultural policy and the cuts in the state cultural budget in 2010, the Center lost the City’s support, and in 2014 it lost state support, which threw into question the future of the archive. In 2015, following prolonged negotiations, Artpool became a separate unit of the Museum of Fine Arts, Budapest, thus ensuring its survival. 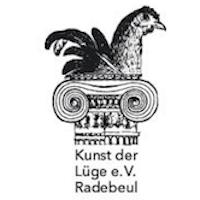 Association Art of Lies
The association was founded in 2008 in Kyritz with the aim to support projects in arts, culture, and monument preservation. One of its major tasks is to provide support to the Museum of Lies, and facilitate funding opportunities. In 2012 the association relocated to Radebeul and is financially supported by donations and membership fees.

The association supports activities that stimulate culture dialogue, as well as organizing other socio-cultural activities and preserving historic buildings. Among recent projects, one should note the support provided to the permanent exhibition Interieur Underground in the Museum of Lies.
read more 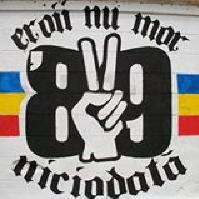 Association Memorial to the Revolution of Timişoara

The Memorial to the Revolution of 16–22 December 1989 in Timişoara Association was founded on 26 April 1990 as an institutional structure to administer the activities carried out under the title of “Memorial to the Revolution in Timişoara.” Its declared purpose is “to honour the memory of the victims of repression during the Romanian Revolution of December 1989.” From 1996, the National Centre for Documentation, Research, and Public Information Regarding the Romanian Revolution of 1989 functioned informally within the Association, acquiring an official status in 2000. The official documents of the Association state that: “The declared purpose of the association is to become, through the National Centre for Documentation, Research, and Public Information, an operative source of information referring to the events that led to the fall of the communist regime in Romania, setting out to valorize Romanian historical information relating to the events of 1989 in Central and South-Eastern Europe. Because these moments cannot be fully understood without a knowledge of the communist system as a whole, the Centre is concerned also with the study of the communist period in Romania.” The Memorial to the Revolution of 16–22 December 1989 in Timişoara Association manages and administers the documentation and research room, the audio-video archiving room, the archive of manuscript documents and press reports, the library, the exhibition rooms, and the Chapel of the Heroes of the Revolution. The Association has subscribing members and honorary members. Its General Meeting assembles at least once per year, with only those members whose subscription is up-to-date having voting rights. The Directorial Council is made up of seven members elected by the General Meeting. The Directorial Council in its turn elects the president and the two vice-presidents.

Regarding the principal mission of the Association, Gino Rado, its vice-president, explains: “At the Memorial, I may say, our first aim is actually this: in all that we do, in fact, we oppose an undeserved forgetting with regard to what was then, in December 1989. We are a Memorial. We wish to keep this precious memory active, as alive as possible.” Moreover, he adds: “about December 1989, I’m afraid that we almost forget about everything that was there – and we should forget nothing. About the courage, about the dictatorship, about the people, about freedom, about Ceauşescu and his acolytes, about democracy, about the numerous crimes during the Revolution – about all of these we should not forget, but about other things too, we should forget nothing. Nothing at all! Nothing of what was there is to be pushed aside as unimportant, nothing of what was there is to be forgotten… Everything of what was then is essential!”

read more
Association of Documentalists "The Road"
The Association was created by and is a platform of cooperation for photographers who started their careers in the socialist times. They wanted to preserve and promote the legacy of Polish journalists and photographers who documented the social, cultural, and political reality, especially in the 1970s and 1980s. The members of the Association "The Road" decided to run an independent organisation aiming to display their works which have not been presented to open public before.
The legacy of photographers associated in "The Road" is very ambiguous. On one hand, it is a part of visual representation of reality presented in the official and widely distributed press. On the other hand, a part of every photographic cycle was not displayed as it broke the acceptable honesty and aesthetics of socialist media. In a way, photographers acted in a two-fold manner: they documented the reality of visited areas and social milieus, but were not able to show everything they wanted to. As a strategy some of them chose to "do their job", even with the bitter awareness that part of their photographs will not be displayed publicly due to censorship. This can be interpreted as a resistance and a way to preserve their freedom and dignity. It was also a part of opposition to document the reality in the socialism, bearing in mind that a part of those will not be available to public. In the same time, the activities of photographers show that the lines between openly expressed opposition, accommodation, and subjection are often blurred when it comes to post-factum interpretations.
read more
Association of Hungarian Church Archivists
The aim of the Association of Hungarian Church Archivists (MELTE) is to form a society of the Hungarian ecclesiastical archivists as an oecumenical organisation in Hungary and in abroad. The Association was established in 1993 in Debrecen. It organised many conferences and helped publish many books about church history.
read more
41 - 45
«« previous page 1 ... 5 6 7 8 9 10 11 12 13 ... 111 112 next page »»