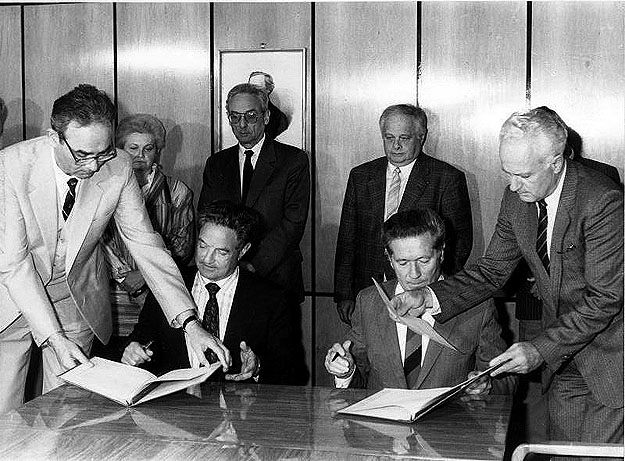 The Budapest foundation, founded in May 1984, was George Soros’ first pilot enterprise in the one-time communist bloc, years before he opened the similar Beijing, Moscow, and Warsaw offices in the late 1980s or established his huge foundation network in the early 1990s throughout Central and Eastern Europe. At that “pre-Gorbachev” time, it was the only legally authorized private “foundation,” even in Hungary, with a more or less protocol-like, official partnership with the Hungarian Academy of Sciences. This set a challenging precedent with unexpectedly major and far-reaching consequences.