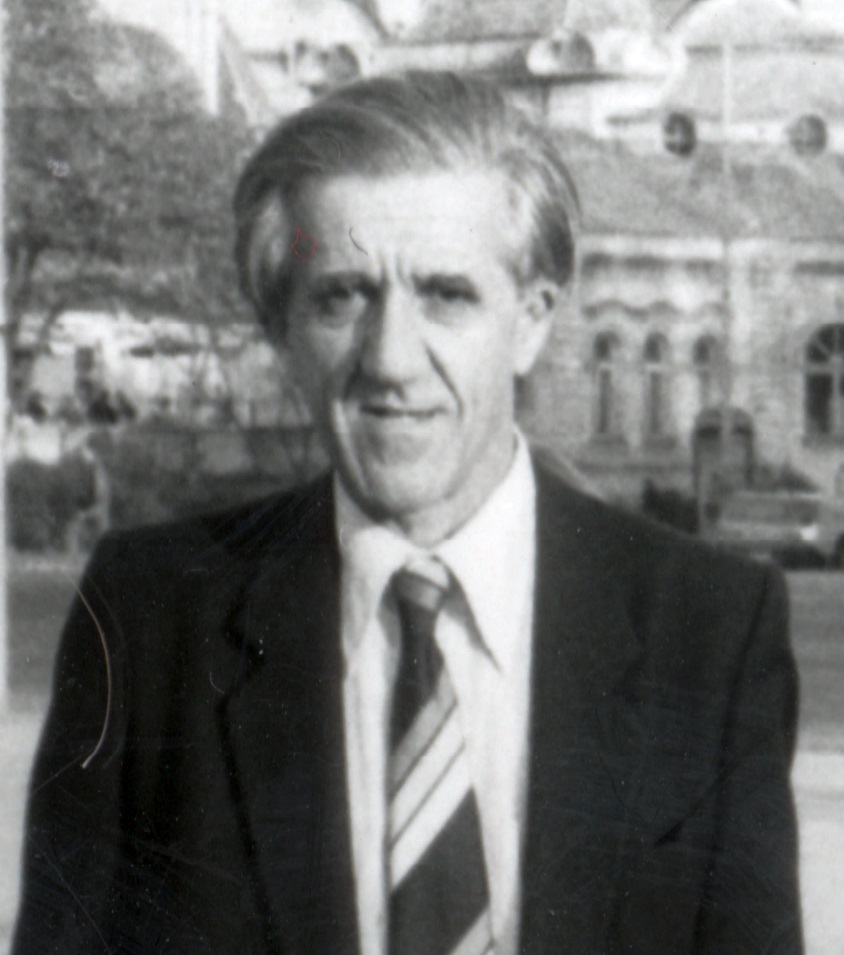 In 1956, András Hegedűs B. (1930–2001) was one of the secretaries of the Petőfi Circle, which organized a series of free public debates before the revolution, and in 1988 he was a founding member of the Committee for Historical Justice (TIB). In 1981, together with Gyula Kozák (1941–), he began to do oral history interviews with people who had participated in the 1956 revolution, which at the time was considered the number one political taboo in public discourse in Hungary.

Hegedűs studied economics at the Karl Marx University of Economics, and in 1953 he began to work as an assistant instructor at Eötvös Lorand University Budapest, a position he held for four years. As a secondary school pupil sixteen years of age, he became a member of the Hungarian Communist Party, which was later renamed the Hungarian Workers’ Party, and he took an active part in organizing the communist youth movement in Hungary.

His attitude towards 1956 was basically defined by the fact that he was an ambitious young man when it broke out, and he later became a researcher of the revolutionary events he himself took part in and also someone who worked to preserve documents of these events. In 1953, Hegedűs supported the reform line policy of Imre Nagy’s first government. In the spring of 1956, he began organizing public debates of Petőfi Circle, and in late October, he became an activist of the Revolutionary Committee of Hungarian Intellectuals. In an interview, he offered the following definition of his political “education”:

“I deliberately avoid using the term ‘reform communist,’ because this was created only later. In 1956, we did not call ourselves reform communists, as at the time this designation simply had not yet been invented. I myself was a member of the Communist Party from at the age of fifteen, i.e. since 1946. I was for Imre Nagy in 1956, but he himself, of course, was a communist leader, who wanted to deconstruct the Stalinist dictatorship in Hungary. And by November 4, he had clearly become a devoted supported of the multi-party system and the independence of Hungary, which means he was no longer a communist. This is why I feel reluctant to use the term ‘reform communist,’ because many thousands of us went through this painful ‘political education,’ and we paid a heavy price for it later, as we were either imprisoned or forced to emigrate. This was really a cathartic process both mentally and politically. And we did not decide to become ‘reform communists’ deliberately, rather we suffered this as a later stigma.”

In 1957, he was dismissed from his job at the university as a disciplinary measure. In 1959, he was arrested, tried, and sentenced to two years imprisonment. When he was released in 1960, he was unable to find a job for years because of his record. Later, he worked as an economist and sociologist for industrial research institutes, the Higher Education Research Center, and the Center for East Central European Academic Researches, until 1979, when he was dismissed again for having signed a declaration of solidarity with activists of the Czechoslovak Charta 77 movement who had been imprisoned.

In 1981 and 1982, he hosted a good dozen of meetings known as “Roundtable talks on 1956” in his home. Working together with Gyula Kozák and Miklós Szabó, he also did a series of collective and individual interviews with twelve prominent participants in the 1956 Hungarian Revolution. In 1985, in cooperation with Gyula Kozák, he established the Oral History Archives. He offers the following recollection of this: “We took the initiative to establish an independent archives in the early 1980s,  as we realized, simply, that more and more friends among the one-time participants in and witnesses to the events of 1956 were passing away and taking their precious memories with them.” In 1986, on the 30 anniversary of the Revolution, he was one of the organizers of another illegal conference held in the home of poet and stubborn ’56-er István Eörsi.  In 1988, Hegedűs hosted the illegal founding meeting of the Committee for Historical Justice (TIB), of which he was elected to serve as secretary and, later, as managing deputy director. In these capacities, he actively organized the public reburial of executed revolutionary prime Imre Nagy and his fellow-martyrs.

Following the fall of the regime, Hegedűs was rehabilitated, and he regained his post as an instructor at Eötvös Lorand University Budapest. In 1990, he was made the director of the 1956 Research Institute, a position he held for nine years. He passed away in 2001.