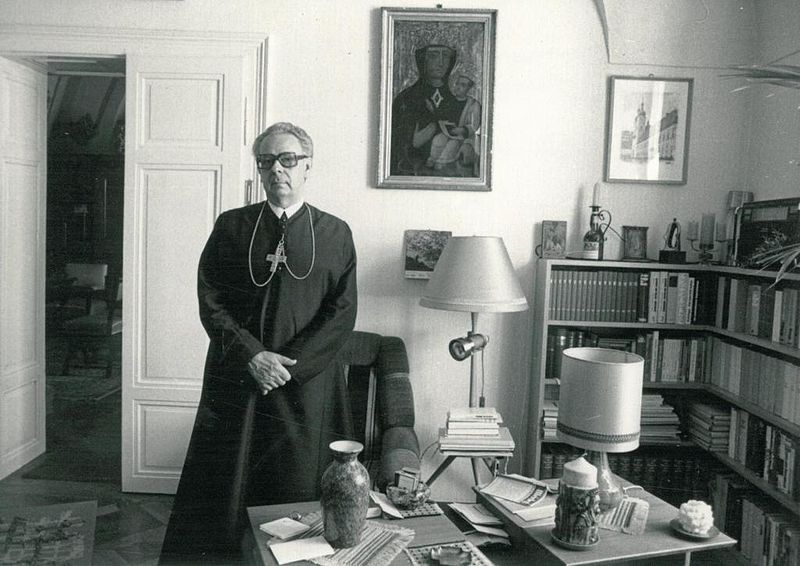 András Szennay (1921–2012) was a Hungarian Benedictine monk and archimandrite of Pannonhalma. He born József Szennay. He joined the Benedictine Order in 1939 and was made a priest in 1944. After that, he became the pastor of Prince Lónyai. He got PhD in theology in 1946 and then became the secretary to the archimandrite of Pannonhalma. In 1947, he became a teacher of divinity at the Benedictine Gymnasium in Budapest. In 1950, he began teaching in the Veres Pálné Gymnasium, and between 1950 and 1965 he was a librarian at the Academy of Theology, where he became a teacher in 1965 and dean in 1975–1976. Around 1969, he became an agent of the state security forces, and thanks to this, he became the archimandrite of Pannonhalma, against the already elected Zénó Jáki. He wrote his reports under the codenames “Szemere” and “Szénási,” but he was one of a passive group of collaborators. In 1991, he resigned from his position.