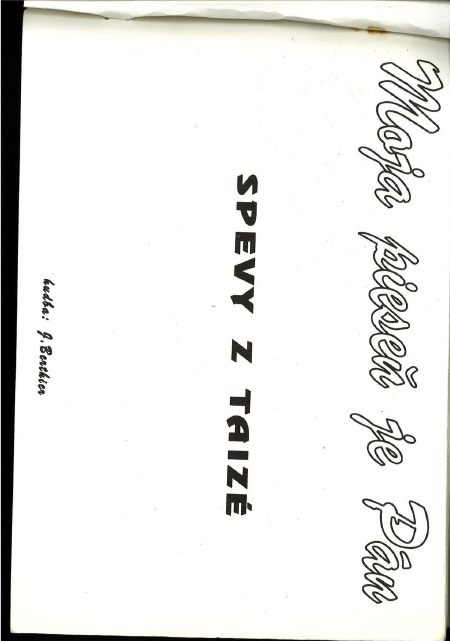 Songs from Taizé were originated in 1982 in the Capuchin Church in Bratislava and spread on separate xerox prints. Songs were secretly recorded on tapes such as Zdravas Mária (Hail Mary) in 1987 and Verím, že je to možné (I believe it is possible) in 1988. Songs from Taizé were officially released in 1990 by Carmina Sacra. Katarína Horváthová, Pavol Kaločaj, Pavol Bulla participated in the realization of the songbook from the 1980s.