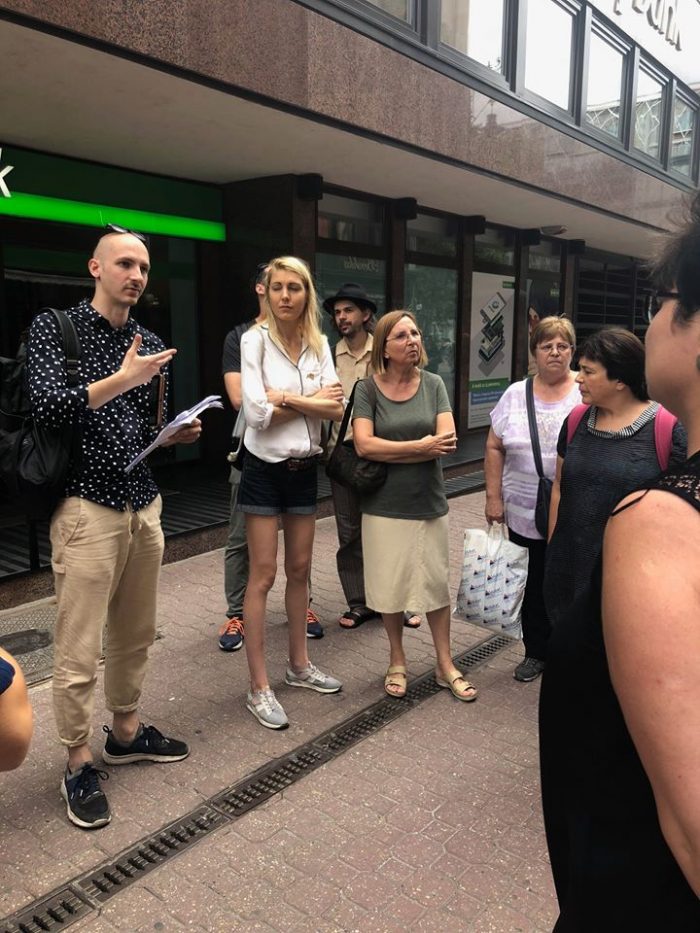 On 16th June as a side event of the exhibition Risk Factors, a walking tour of former venues of cultural opposition was conducted by one of the researchers of the COURAGE project, Lóránt Bódi. The participants visited and received information on different kind of venues in downtown Budapest that are related to the history of cultural opposition, such as a pop-art secco in a private apartment or the former location of the so called “Rajk butik”, which was the main distribution centre of samizdats during early 1980s and exhibition venues.