COURAGE’s Risk Factors exhibition at the Night of the museums

COURAGE prepared lectures, concerts and several interactive programs for the Night of the Museums as a side event of the exhibition. 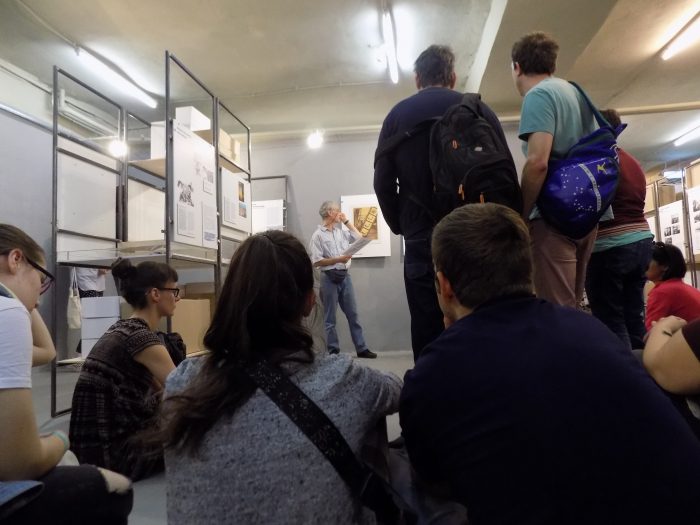 To get in tune, Nikolett Erőss the chief curator of the exhibition gave a guided tour by sneaking in the history of cultural opposition and its collections. During the fanzine creating workshop, candidates were able to create their own pieces with a stencil producer machine back to the political transition. Árpád Szigeti who imagined and funded the Hurrican Press gave an insight to the creation of fanzines. After the “illegal publications”,Tamás Szőnyei archivist, collector and writer introduced the participants into the world of undeground music posters from the 1980s.