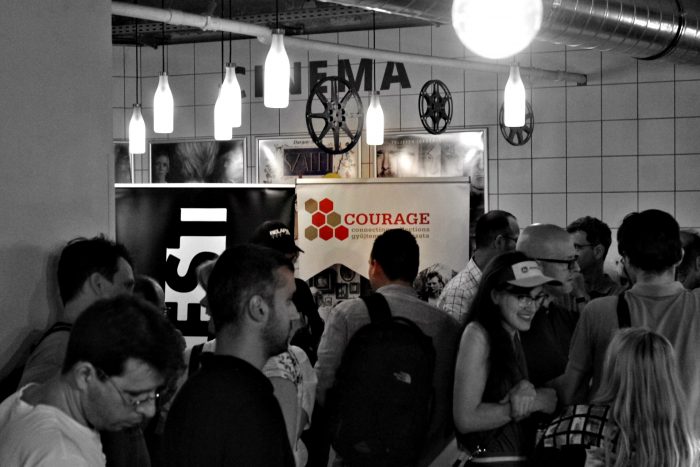 Over thirty online portals and printed newspapers reported about the first stage of the COURAGE-PAREVO International Documentary Film Festival that took place in Budapest on 1-2 June. The festival moves forward to other locations all over Europe during this year. During the two days, 15 films from many Eastern European countries were screened that mediated the exciting culture of dissent in the former socialist countries. Most of the films were shown in Hungary for the very first time.

The program started on 1 June with the Croatian film Generation ’68 (directed by Nenad Puhovski). The film is an homage to a generation and sheds light on the everyday life shaped by the historical events of 1968. The film created a perfect atmosphere for the opening and the roundtable that started at 6 pm. 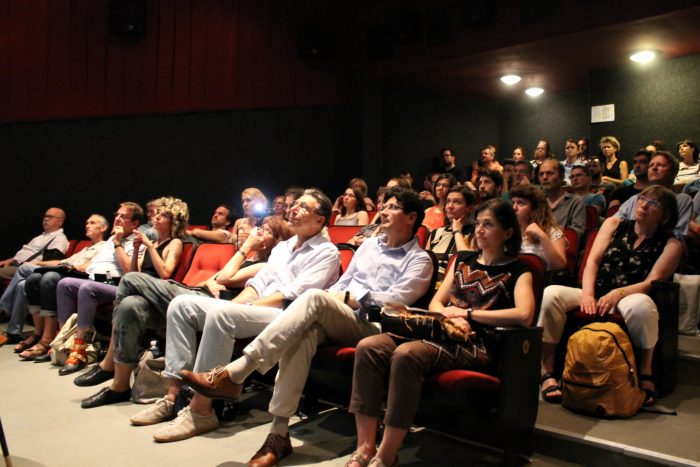 The screening room of the cinema had been fully packed with audience as Tamás Scheibner on behalf of COURAGE opened the festival and introduced the project, and asked András Péterfy, representative of the Dunatáj Foundation to announce the winner of the Best Film Award. Mr Péterfy revealed that the Lithuanian documentary entitled “Master and Tatyana” (directed by Giedrė Žickytė) has received the most votes by the international jury, and briefly praised the merits of the film. It was followed by a roundtable: historian Gábor Klaniczay, musician and journalist Tibor Legát, poster collector and archivist Tamás Szőnyei, and artists Zsuzsi Ujj, all witnesses of the one-time underground scene discussed the legacy of dissident culture with such younger participants as historian Kata Oltai and journalist Balázs Pándi. The roundtable ended up in a intense debate with the involvement of the audience. 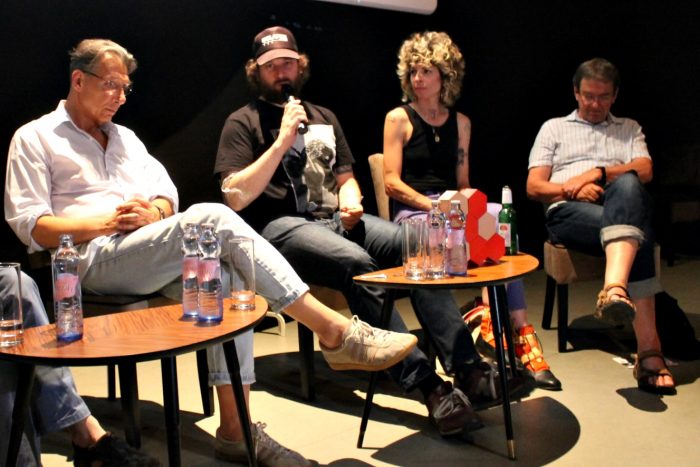 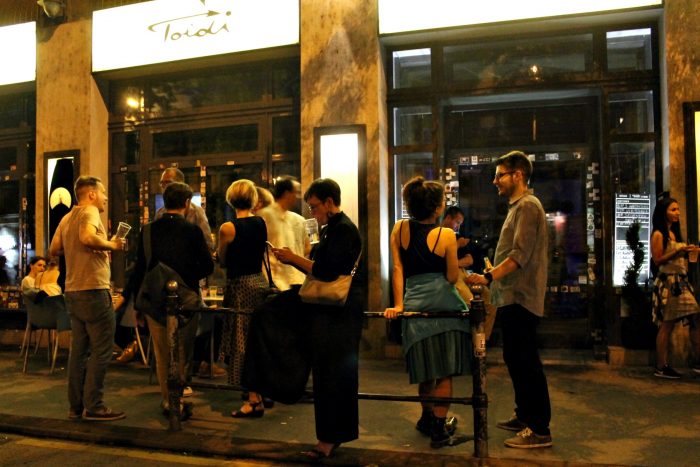 The documentaries were screened in two rooms parallely and were followed by an afterparty in a well-known Budapest alternative club, where DJs inspired by Czechoslovak and Yugoslav underground music performed and made the audience fill the dance floor. During the festival a small exhibition based on Tamás Szőnyei’s New Wave poster collection from the 1980s was installed at the cinema. COURAGE was taking care of the families and the youngest visitors as well: a play-corner with COURAGE games entertained the kids while the parents were enjoying the documentaries. Next stop: Prague.