COURAGE at the „Geschichtsmesse“ (History Fair)

Laura Demeter from IOS Regensburg introduced COURAGE at the 11th History Fair, organised between the 25th and 27th of January 2018 by the Foundation for Reappraisal of the SED Regime in Suhl, Germany. The History Fair addressed‚ The discrete charm of dictatorship? Endangered democracies in the past and today’. 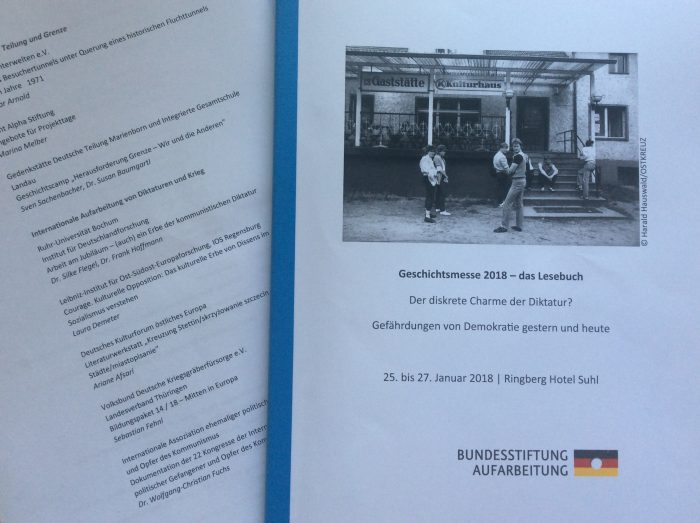 COURAGE was presented within the wider panel format proposed for discussing international approaches to dealing with dictatorship and war. The panel covered various projects run by German institutions, research centers, universities, and associations involved in international exchanges. The role of such partnerships and collaborations was extensively discussed on the background of current political developments in Central and Eastern European countries.

The COURAGE partnership and collaboration raised high interest precisely for the successful involvement of a great number and diverse partners from former communist countries. Another aspect highlighted during the discussions was the contribution of the project to reaching out a larger and diverse audience.

This was highlighted firstly by the format of the database accessible online, and secondly by facilitating access to information in national languages in addition to English. Further st 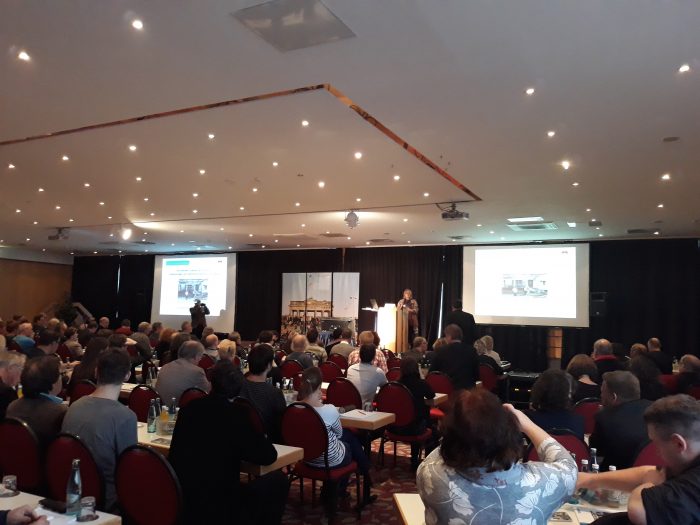 rategies, such as educational training and organization of various public events have been emphasized as important.