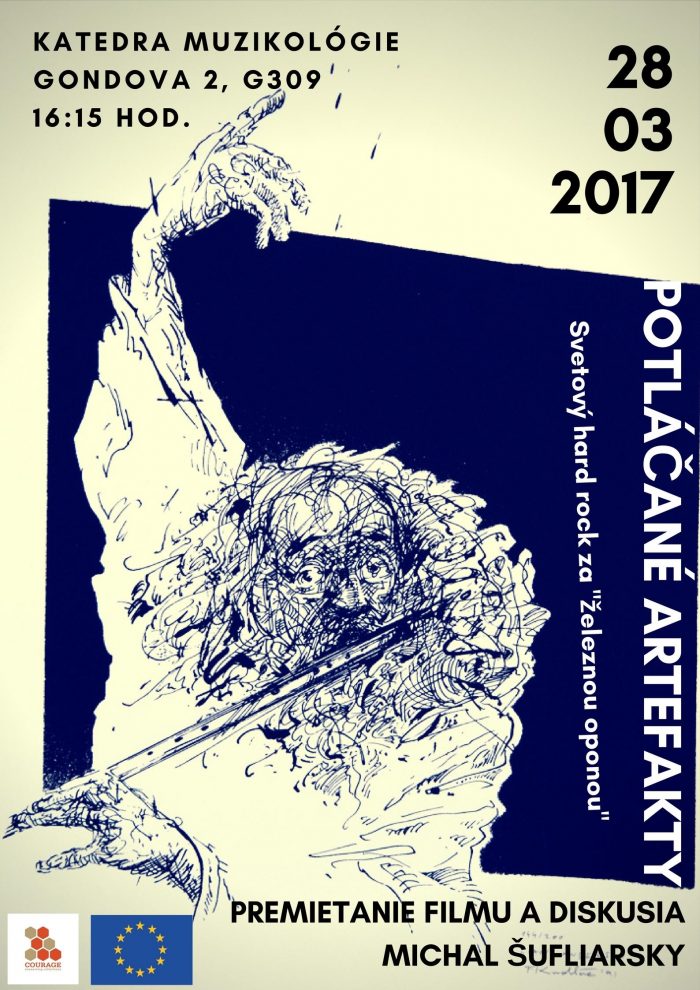 artment of Musicology at Comenius University in Bratislava recently organised and hosted an event on 28 MArch 2017 that highlighted one of the collections in the COURAGE registry. Students of the university were invited to attend a film screening and discussion led by Michal Šufliarsky, whose collection includes samizdat, forbidden books, LP records and tape recordings.

The film documented the reception of hard rock music in Slovakia in the early 1970s, and was made by Šufliarsky himself. Students from several departments, including history, ethnology, and musicology, engaged in dialogue with Šufliarsky and the COURAGE Team on music, culture, and everyday life under Communist rule. Comparisons were also made between the “hard rock” subcultures of East-Central Europe before 1989 and similar subcultures in today’s Russia.