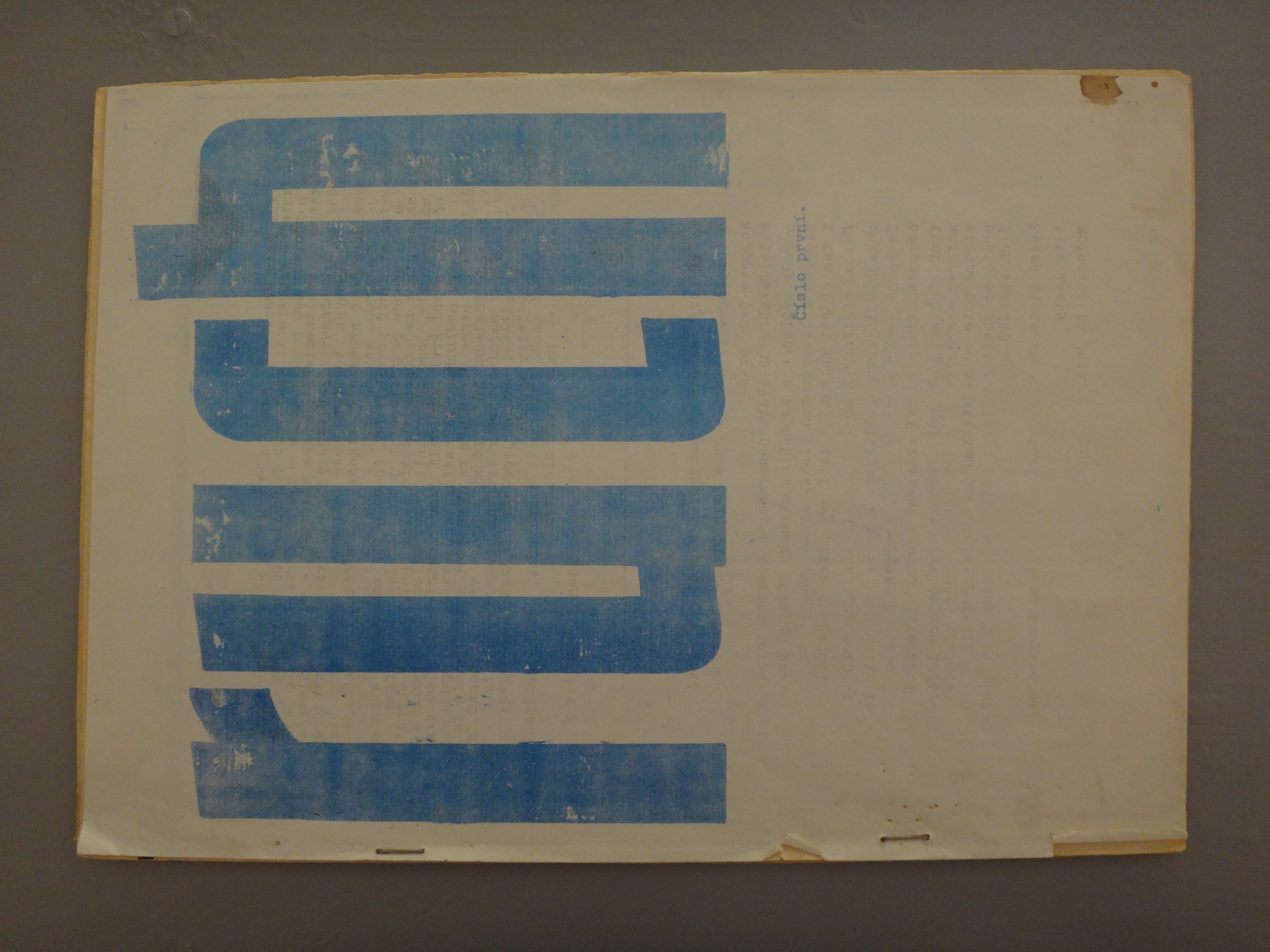 Immediately after the founding of the Society of Students of the Faculty of Arts of UJEP Brno, the first issue of the magazine "Ruch" was published (15 March 1968). The magazine provided the information on the reasons for establishing the association and its internal structure. It gave information about events at the university, petitions, public letters, and contacts with other universities in the Czechoslovakia and abroad. In addition to the predominant political focus of this paper, poems, parodic texts, illustrations appeared. The first issue was followed by the second after three weeks. The print had not been published regularly (was published about once a month), and was officially referred to as an interviewer. It was printed in hundreds of copies (400-600) and was sold at the faculty for CZK 1. The authors of texts and graphics were a changing group of students - usually members of the association.