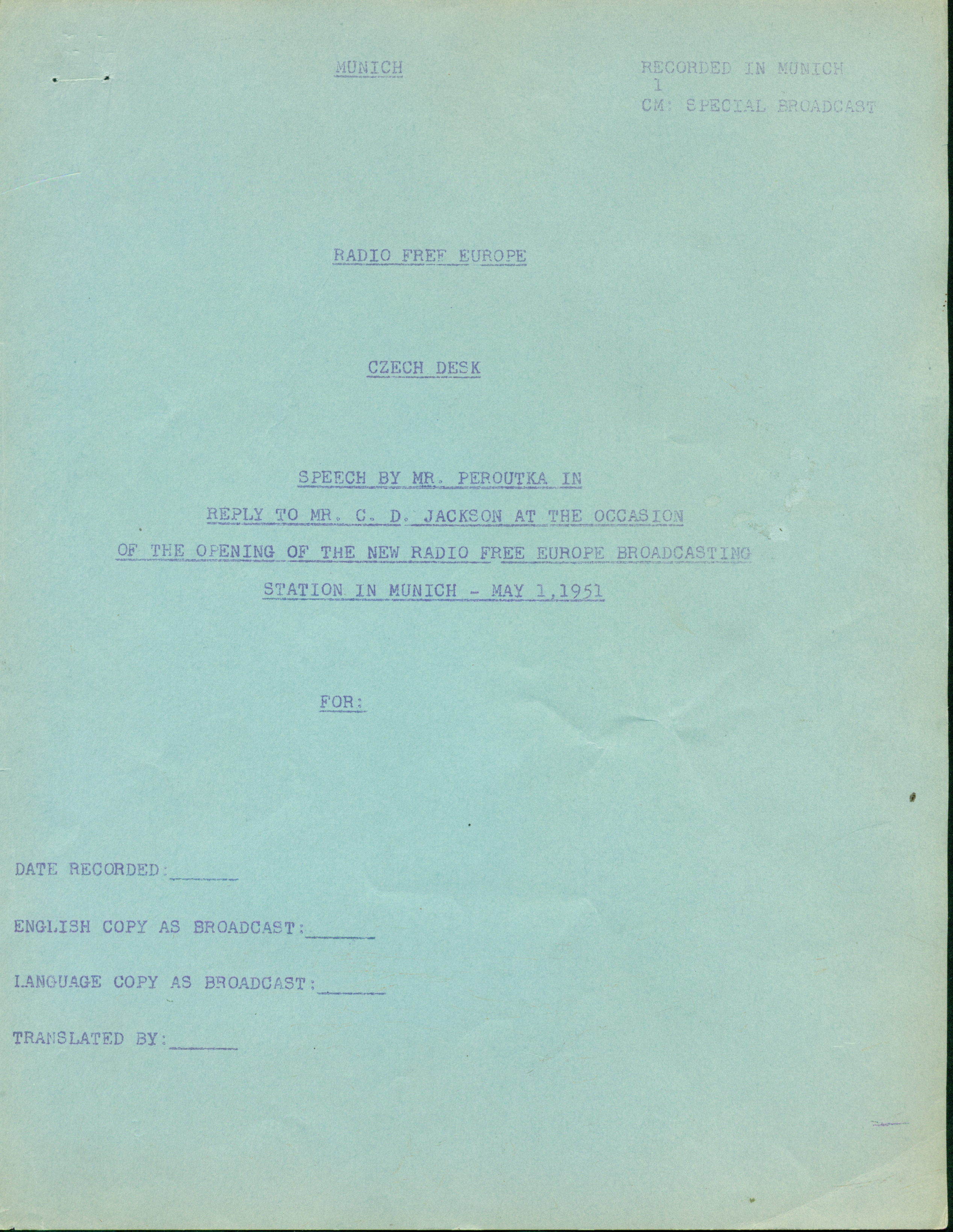 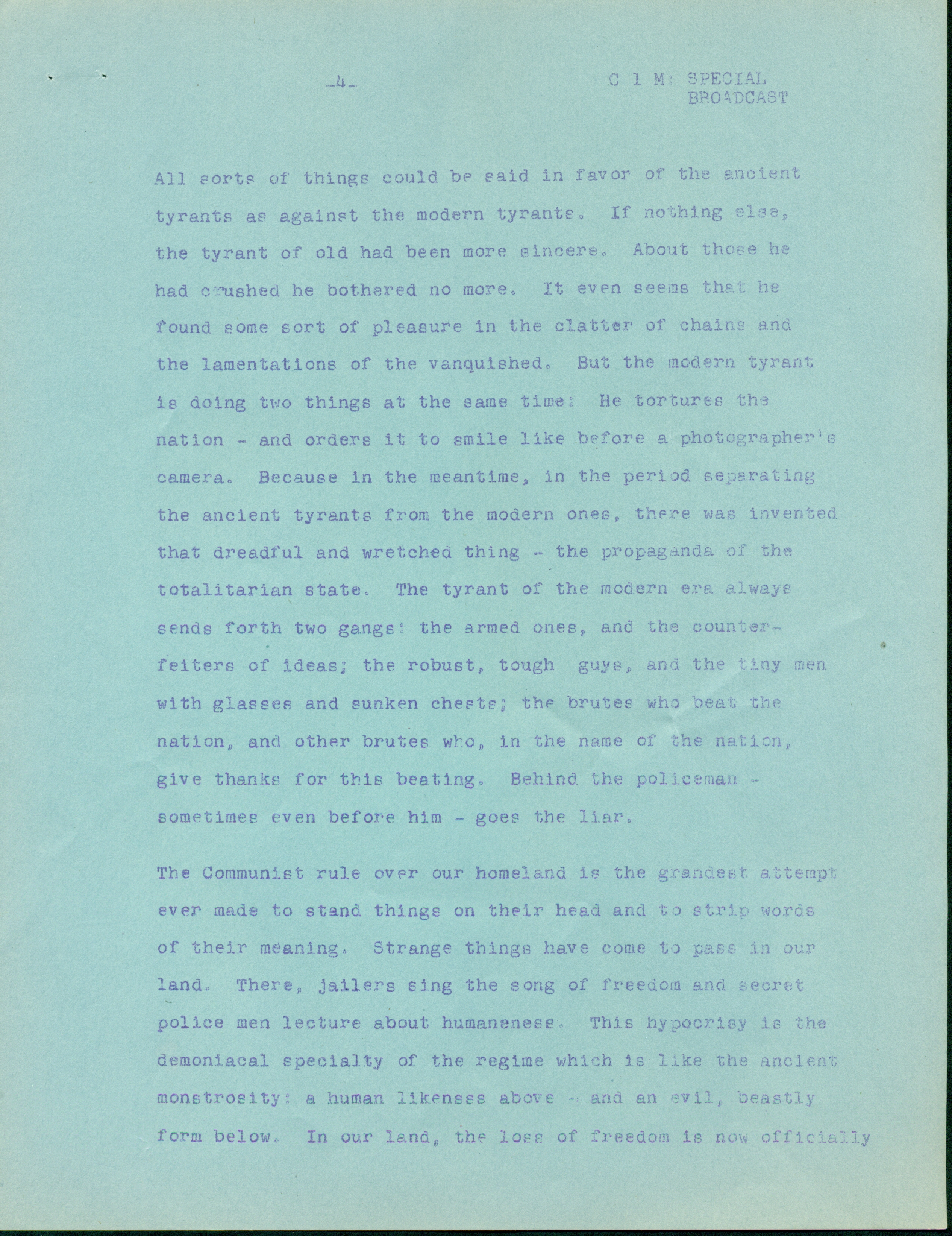 Ferdinand Peroutka, who represented the democratic past of Czechoslovakia, and mainly the First Czechoslovak Republic, became the director of the Czechoslovak section of Radio Free Europe (RFE) in New York on 6 April 1950. The Czechoslovak service of the RFE began its regular broadcasting from Munich on 1 May 1951 with the famous phrase “This is the voice of Free Czechoslovakia, Radio Free Europe.” One of the first speakers was also Ferdinand Peroutka, who stated, besides other things: “One magazine would mean little in a country where freedom reigns. But one free magazine, one radio station in a dictatorial regime – that is a revolution, because such a system is based on the fact that only the government can speak and nobody can answer back, that anyone can be charged, but nobody can defend themselves. However, once even a fraction of freedom enters that rigid and artificial system, from anywhere, once it is again possible to set argument against argument, once it is no longer possible to act without criticism, once there is a place to call untruths into question, then this whole proud system quavers.”

The Literary Archives of the Museum of Czech Literature possesses a mimeograph copy of the typescript of this speech.