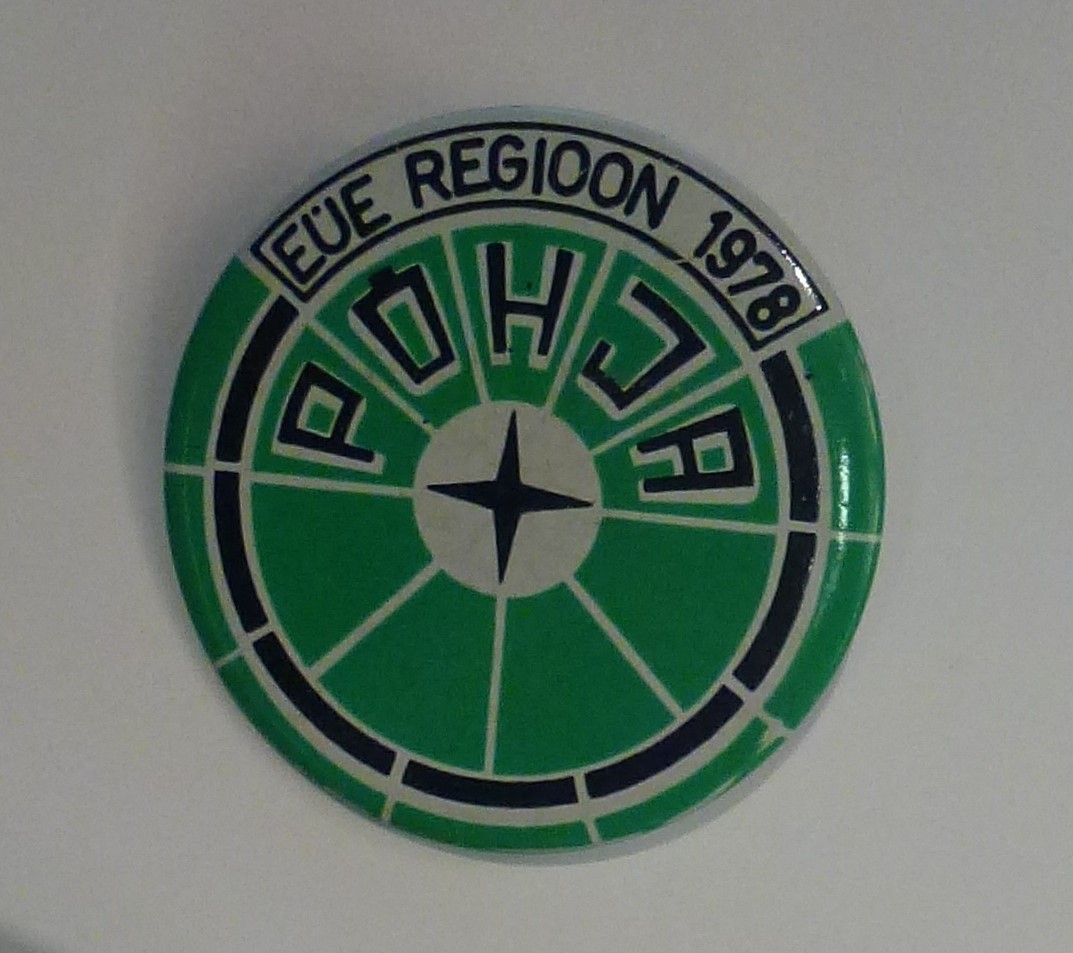 This badge was used by the Northern Region of the Estonian Student Building Brigade (ESBB) in 1978. The rather modest badge has a star in the middle, which is remarkably similar to the Nato symbol. Although it is not known whether this was a conscious choice or not, it is unlikely that the designers of the badge did not know what the Nato symbol looked like. Unfortunately, the collection does not contain the emblem of the Euromais group from 1982, which was deliberately based on the Nato symbol. Both badges passed the censors without any problem. These cases show how members of the ESBB balanced on the borders, and did so most of the time successfully.