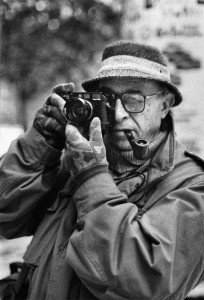 Tomislav Peternek was born in Vinkovci, Croatia, in 1933. He is regarded as one of Yugoslavia’s and Serbia’s finest masters of photography. He started his career as a photojournalist at the end of the 1950s with ‘Svetlosti’ in Kragujevac, and after moving to Belgrade he worked for the influential newspaper ‘Borba’. Later, he switched from the editorial staff of ‘Mladost’ to ‘Jugoslovenska revija’ and ‘Ekonomska politika’. From 1970, he was photo editor at the weekly news magazine ‘NIN’.

In his opus that covers a period of sixty years, Tomislav Peternek recorded numerous significant historical events and personalities, everyday situations and ordinary people. He was a leading protagonist of the modernist trend in photography that broke with the aesthetics of socialist realism and turned towards promoting the artistic value of photography. He was at the forefront of the shift from illustration to work of art in news photography. From 1980, he worked in the field of underwater photography. He recorded at the coast of the Adriatic, the Caribbean, the Indian Ocean, and the Red Sea.

In 1985, he founded the photojournalism course at the Yugoslav Institute of Journalism. As the department mentor, he educated over 300 young people, most of whom have become important figures in the field of newspaper photography.

As an accredited correspondent, Tomislav Peternek has worked for numerous international photo agencies such as Reuters, Eastlight, Contrast, UNICEF and Sygma. Since 1955, he received numerous awards in Yugoslavia and abroad. Tomislav Peternek lives in Belgrade.