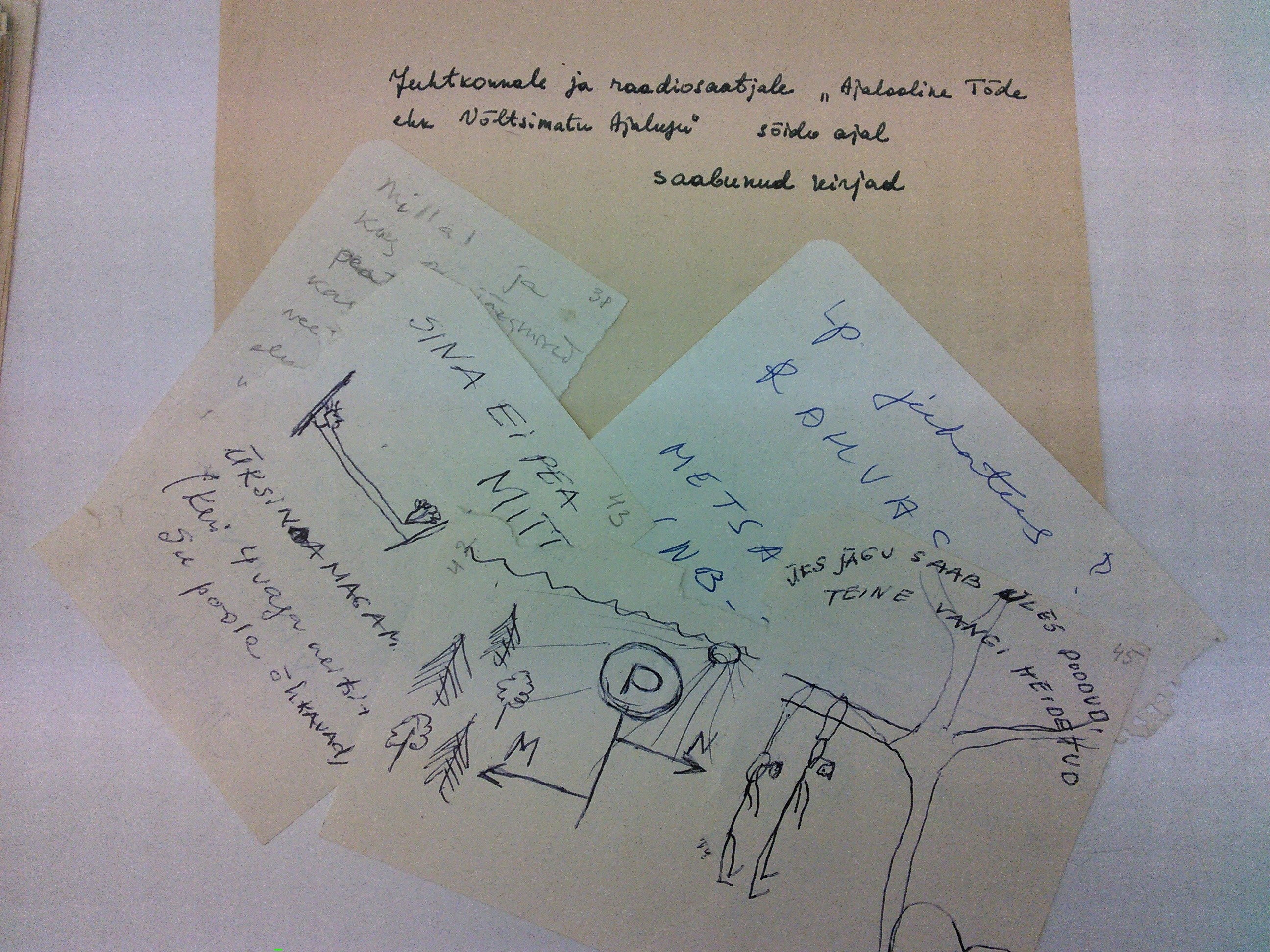 The Circle of History Students was a society for history students and lecturers at the University of Tartu during Soviet times which was officially part of the Students' Scientific Union. Although it was an official organisation, the Circle of History Students offered space for relatively free discussions between students and lecturers. It was a breeding ground for the growing protest spirit in the late 1980s. The Circle of History Students archive, which is preserved today in the National Archives of Estonia, contains various documents about its activities. Although it followed the formal rules for Soviet public speaking, these documents also display ironic and critical attitudes towards the regime, and reflect the free atmosphere for research and communication in the society.