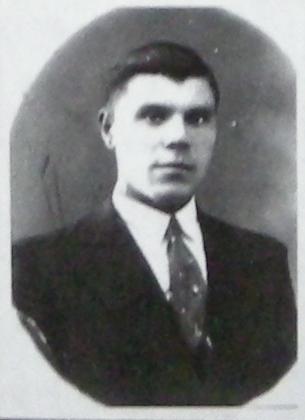 Usatiuc-Bulgăr, Alexandru (b. 1915, Ivancea, Orhei district; d. 2003, Chișinău) was the main leader of the National Patriotic Front of Bessarabia and Northern Bukovina, which several young intellectuals established in Chișinău. This group, which amounted to over 100 members, aimed at fighting for the establishment of an independent Moldavian People’s Republic and its secession from the Soviet Union. This was to be followed by a subsequent union with Romania. Usatiuc was the main founder and organiser of the group. At the time of his arrest, he was heading a department for the sale of goods at the state enterprise “Moldobuvtorg.” Usatiuc had the idea of sending a comprehensive written statement to the then Secretary General of the Romanian Communist Party and Chairman of the Council of State of Romania Nicolae Ceauşescu in the hope of eliciting the support of the Romanian communist leader. On 29 March 1969, he made a first attempt to reach the Romanian leader by simply using the Romanian postal services while visiting the country. As he received no answer, Usatiuc started to doubt that his message had reached Ceaușescu. During another visit to Romania, on 12 June 1971, he requested a meeting with Nicolae Ceauşescu. His request was denied, so Usatiuc left the six-page statement at the chancellery of the Council of State of Romania. Consequently, on 30 June 1971, the head of the Romanian Security Service, Ion Stănescu, informed the KGB head, Yuri Andropov, about Usatiuc’s visit to Bucharest. Stănescu also sent to Moscow a copy of the statement that Alexandru Usatiuc had left for Ceauşescu. Usatiuc was not arrested right away, probably because the KGB preferred to shadow him and collect additional “evidence” of his anti-Soviet activities. It was only on 10 December 1971 that the Chişinău KGB decided to open a criminal case against Alexandru Usatiuc, after it received a report from Moscow about Usatiuc’s “crime.” The main proof of Usatiuc’s subversive activities was the statement that Usatiuc had addressed to Ceauşescu on 12 June 1971. On 13 December, Usatiuc’s apartment on Lomonosov Street in Chişinău was searched and he was subsequently arrested. After the group’s trial, in July 1972, Usatiuc was sentenced to seven years in a high-security labour correction colony in Perm’ and to a five-year exile in Tyumen. After 1990, he became an active participant in the movement for the rehabilitation of former Soviet political prisoners. He was also the head of the Association of Former Political Prisoners (Asociația Foștilor Deținuți Politici). However, he was less active in politics after 1990. In the later years of his life, his reluctance as a public figure led to a lack of interest in his role as an anti-Soviet dissident. He was twice decorated (posthumously) with the highest order of the Republic of Moldova, in 2010 and 2013.