Tripalo, Miko. Some of my views on the national question, 1978. Manuscript 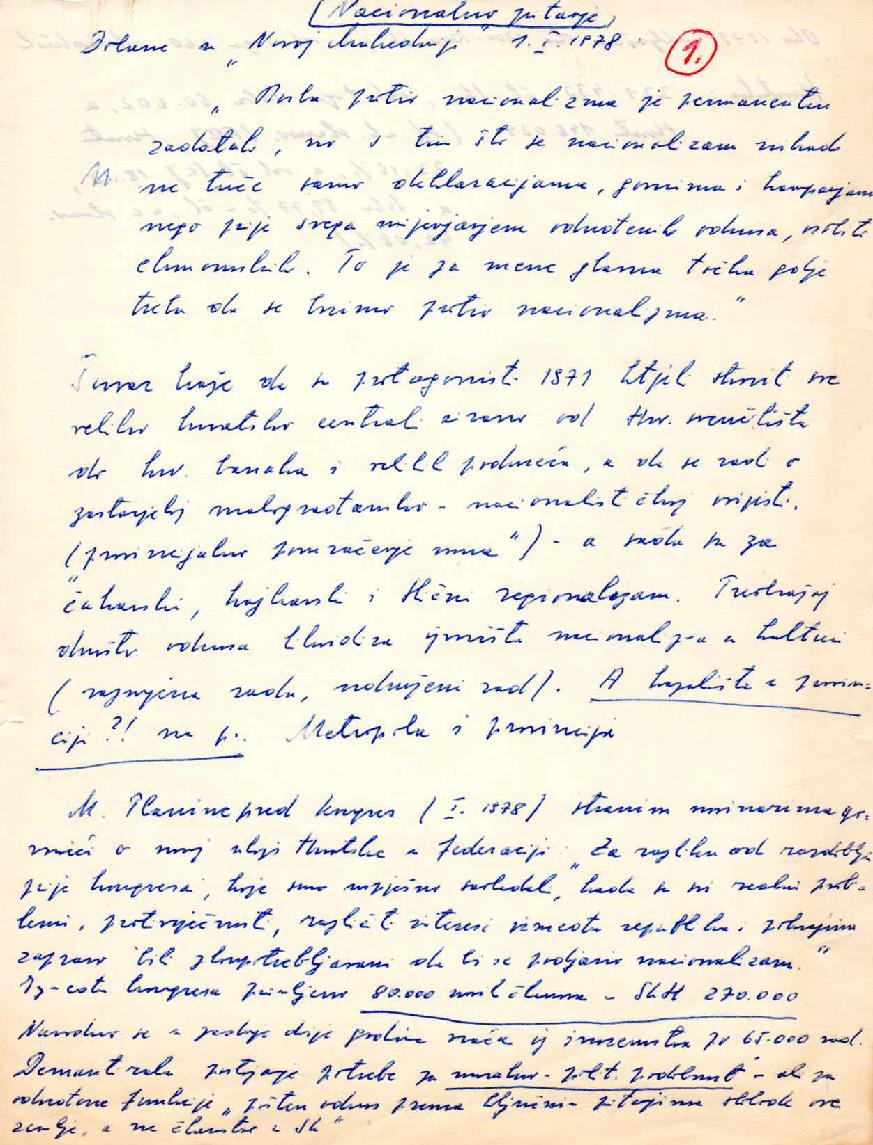 As one of the key participants in the Croatian national movement called the Croatian Spring, Miko Tripalo in his dissident phase wrote reviews in which he analysed the issue of inter-ethnic relations in Yugoslavia. Tripalo's critical observations were directed at the actions of Croatian politicians who had gained affirmation after the fall of the Croatian Spring – people like Stipe Šuvar and Milka Planinc. Those notes are valuable contributions to a critical reflection on the open issues of Croatian national emancipation.