The first pol-beat festival in 1967 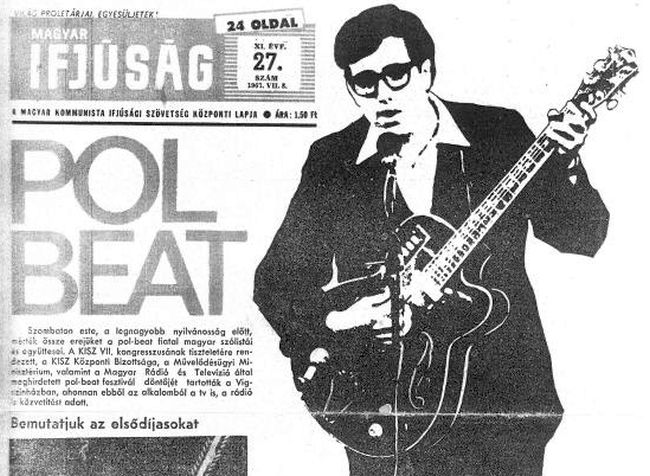 The event was the direct outcome of the anxieties of the political elite. The party and communist youth leaders were worrying about the growing youth interest in popular music. They realized that young people were influenced by rock and roll, the beat movement, and they frequented concerts which rapidly became hit events in socialist Hungary as in the West. The authorities also recognized that these events were more popular, the youth were singing the songs, dancing together, and, thus, these events had bigger emotional effects than political speeches. Accordingly, the political elite expected that youth attitudes could be shaped by the lyrics of popular songs and, therefore, cultural criticism could be avoided. Pol-beat came to Hungary from the West, where young people protested against consumer capitalism, alienation, mass production, and the Vietnam War. The Hungarian term for pol-beat was invented by Tamás Bauer. The protest song from the West (by Bob Dylan, Joan Baez) also became popular in Hungary.

The Vietnam War became the topic of the Hungarian protest songs, as well. This produced strange effects: if Hungarian youth protested against the Vietnam War and, thus, in their songs they reflected upon social problems in the West, they actually could confirm the legitimacy of power and, hence, the Communist Youth Federation supported them. In 1968, at a TV-show “Hello boys, hello girls” [Hallo fiúk, hallo lányok] Imre Antal, the host, called the pol-beat an innovative and useful genre and called on the audience to join the movement.

János Maróthy also supported the movement because he considered pol-beat the folk music of the city. He thought that the pol-beat and protest-song were contemporary revolutionary songs.