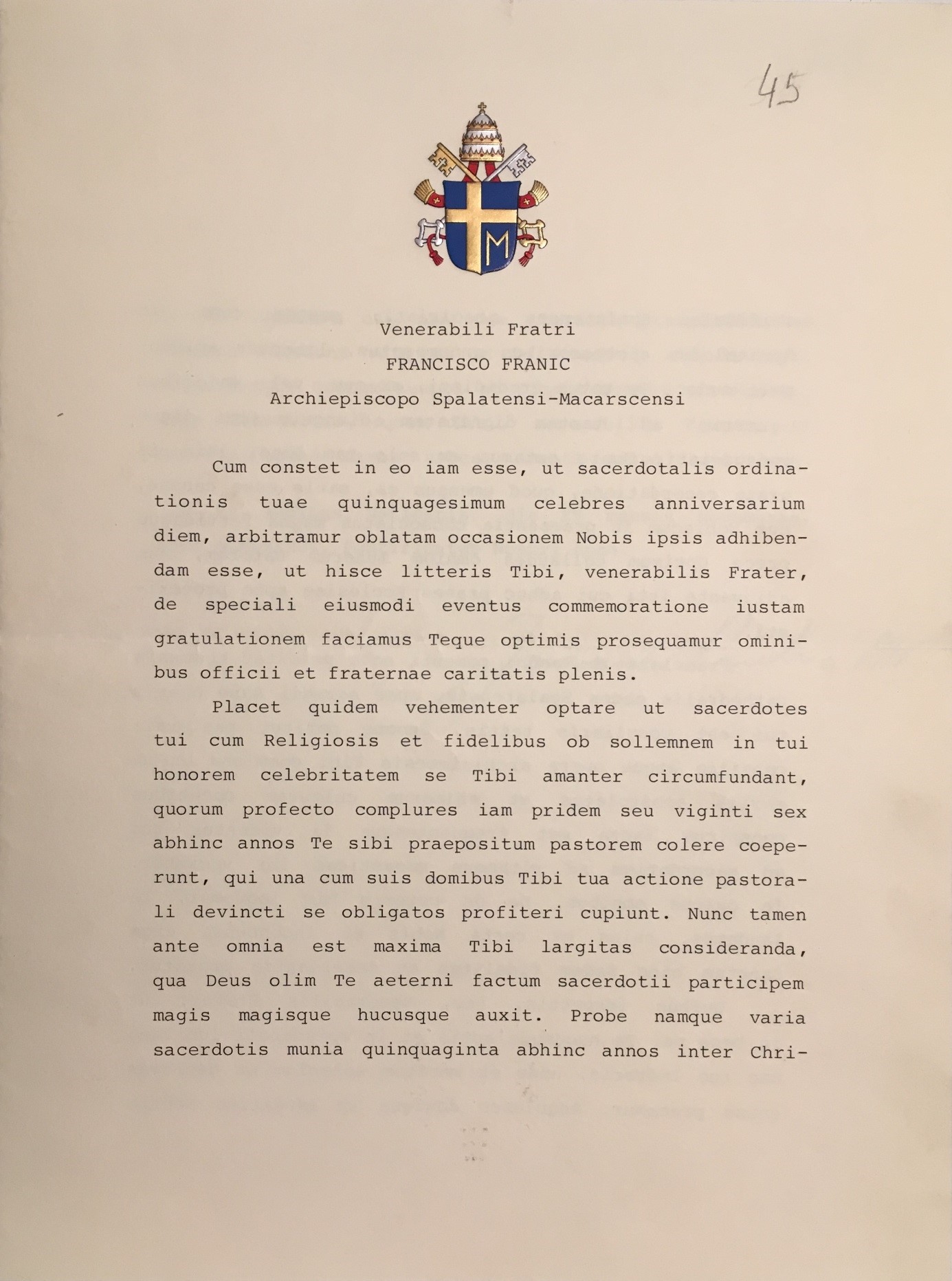 Pope John Paul II sent a letter to Split Archbishop Franić on the 50th anniversary of his ordination as a priest. It is clear that he was quite familiar with Franić's resistance to the atheistic regime and his defence of the Church's rights under the socialist dictatorship. The pope pointed this out in this letter when said that "you have certainly proven your faithfulness and loyalty to this Holy See." According to the pope, Franić's resistance to the communist regime was fruitful in the sense that the Church in Split in the 1980s recorded numerous clerical and religious vocations despite attempts at the de-Christianization of society.