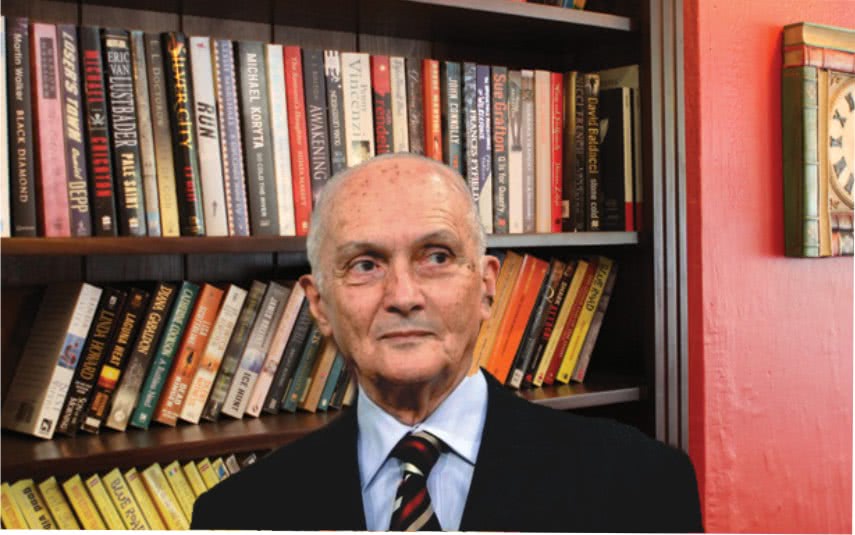 Gabriel (Dinu) Zamfirescu is one of the most representative figures of the Romanian exile community. Imprisoned for his anti-communist convictions at the end of the 1940s, he was continuously harassed until his emigration in 1975 by the Romanian secret police, the Securitate, due to his “bourgeois” family background, political sympathies, and connections with former National Liberal Party. The interview with Dinu Zamfirescu included in The Oral History Collection at CNSAS has three parts. Each of these video recordings has a duration of almost 120 minutes and they were made on three different days of July 2010. Following the logic of a life-story interview, Dinu Zamfirescu draws a comprehensive image of his early life, his family, and its connections with the most important political figures of interwar Romania. Special attention is given to his anti-communist activities, which influenced his decision to join the ranks of the National Liberal Party and provided the Securitate with another reason to put him under informative surveillance after the establishment of the communist regime in Romania. Harassment by the secret police and finally imprisonment prevented him from completing his university education. After his release, his many requests for a passport to visit his relatives only intensified his surveillance by the Securitate. In 1975 he was finally granted an exit visa and he settled in Paris, one of the most important centres of the Romanian anti-communist exile community. In his interview, Dinu Zamfirescu remembers how he met well-known figures of the Romanian exile community in Paris, such as Monica Lovinescu, Virgil Ierunca, and Sanda Stolojan, and joined their collective effort of organising opposition to the communist regime at home. As a member of the Romanian exile community, he used every opportunity to raise the awareness of international public opinion about the Ceaușescu regime. As a result, Dinu Zamfirescu signed and sent memoranda to Western governments that continued to consider Nicolae Ceaușescu  a “good communist” in view of his anti-Soviet stance, ignoring his disastrous internal policies. He also participated in conferences and programmes broadcast by the Romanian department of Radio Free Europe and used his position as a BBC correspondent in Paris for fourteen years to denounce the abuses and the repeated violations of human rights by the communist regime in Romania. More importantly, Dinu Zamfirescu joined Operation Villages Roumains, a transnational network of support for the Romanian villages whose existence was endangered by Ceaușescu’s systematisation plans. As a result, between 1988 and 1989 he contacted mayors and local communities in France, Belgium, Italy and Switzerland and asked them to “adopt” Romanian rural settlements as a means of preventing their destruction by the Ceaușescu regime.