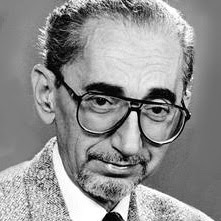 Borislav Pekić was a Serbian writer, film screenwriter, academic, political activist, and one of the founding members of the Democratic Party in Serbia.

He is considered to be one of the most important Serbian authors of the twentieth century.

He won the prestigious NIN Prize for the novel Hodočašće Arsenija Njegovana [The Pilgrimage of Arsenij Njegovan; also translated into English as Houses of Belgrade] in 1971 and a number of other awards: Sterija Theatre Award (1972), publishing association of Serbia award (1977), Radio Zagreb Award (1982), Annual Prize of the Writers’ Association of Serbia for his collected works (1985), Njegoš Prize (1987), Jakov Ignjatović Foundation Award (1991), and the Merit Order for the People with a Silver Star for contributions to cultural creativity.

Other well-known works include Zlatno runo [The Golden Fleece], Besnilo [Rabies], Odbrana i poslednji dani [The Defence and the Last Days], Kako upokojiti vampira [How to Quiet a Vampire], Atlantida [Atlantis], and Vreme čuda [The Time of Miracles].

Starting in 1945, still in his youth, Pekić joined a number of illegal youth opposition groups. The anti-communist activities of these groups consisted of distributing propaganda and publishing the opposition newspaper Democracy, demonstrating and passive resistance (including subscribing to the opposition press, celebrating Christmas and Easter, avoiding to take part in youth work actions). For these actions, Pekić and his like-minded friends were often physically assaulted, and eventually sentenced to prison in 1949.

The penalties for leaflet distribution and demonstrating were very harsh, but followed the politics of the years following the Tito–Stalin split, when the regime was particularly sensitive to any type of perceived threats, either inside or outside the country. Pekić was sentenced to fifteen years in prison, but he was released in 1953 during a general amnesty of political prisoners.

Due to his consistent oppositional stance, Pekić was stripped of his passport while planning to immigrate to London in 1970. While living without a passport and under investigation for a year, he was awarded the NIN Prize in 1971. Afterwards, his passport was returned and he left to meet his family who were living in London. Upon leaving the country, Yugoslav authorities declared him to be persona non grata and prevented his works from being published in Yugoslavia.

Pekić returned to Yugoslavia in the mid-1980s, by which time he had become a famous writer. He was soon admitted to the Serbian Academy of Sciences and Arts as a corresponding member, was elected as the Vice President of the Serbian PEN Centre, and became a member of the board of the Association of Writers of Serbia.

At the beginning of the 1990s, when a multi-party system was established, Pekić dedicated himself to political activism. He contributed to the renewal of the Democratic Party as a co-founding member, vice president, and member of the board. Pekić regarded himself as a democrat and anti-communist. He participated in the massive protests against the authoritarian regime of Slobodan Milošević in 1991 and ran for local office on the list of the Democratic Party in Belgrade, which he lost to the extreme nationalist Vojislav Šešelj.

Pekić died of lung cancer in London in 1992.