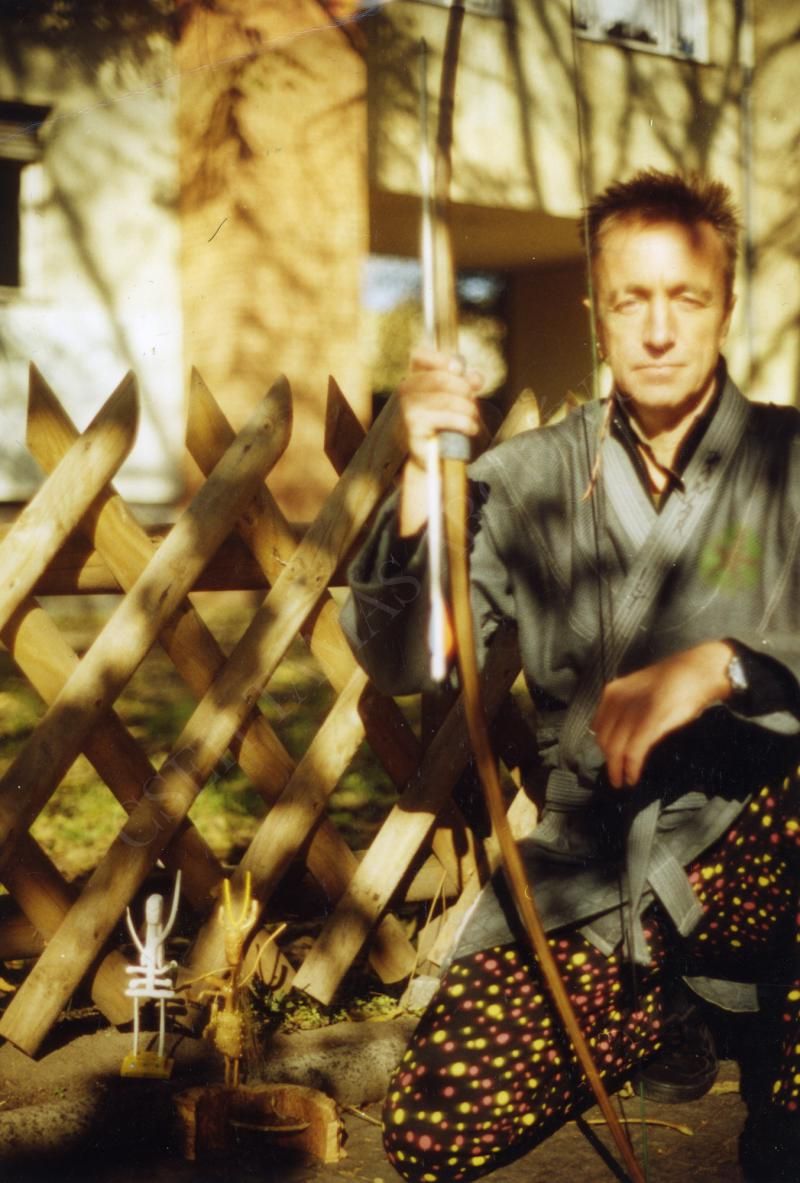 A page with handwriting in red pen, accompanied by little drawings at the lower side. The playfully intonated text takes a closer look at a phenomenon, at audible low wave vibrations, at deep sounds. The author courageously utilizes the tool of personalization, and as a result the sounds in question are imbued with unseen but familiar features.

Personalization is a poetic instrument utilized in order to induce the reader to think through the subject from new viewpoints, to endear the observation of the behaviour of sounds and intonation itself, and to give the reader a few cheerful minutes (as he writes in another Deck-diary on artistic work, “exhilaration is an outcome, the result of the work performed”).

According to Prince January, artistic work is not a critical exercise, but an endeavour to endear us to different aspects of life by drawing attention to beauty and merit, which is informing and entertaining for its audience.

This cheerful textual meditation drafts the situation of deep sounds with many (altogether twenty) impersonated collocations, addresses the origin of sounds, and briefly touches upon issues of creation techniques. The epithets form an associative chain with twists, in accordance with his work method, which he began developing as a teenager.

The deliberately violated grammatical rule (playing with “j” and “ly”, pronounced identically, but spelled differently in Hungarian) makes it possible to use the same word with altering tonalities, making them two different entities (as in the case, for instance, of the thinner “diip” and the fatter “deep”)

The work is made most probably “alla prima”, in one sitting (as his handmade booklets called Deck-diary contain thousands of similar notes), first the text and later the drawings, which have no direct connection to the written part. They have more of a decorative function (to make the page visually appealing), associating rounded forms to it and framing this little encomium.