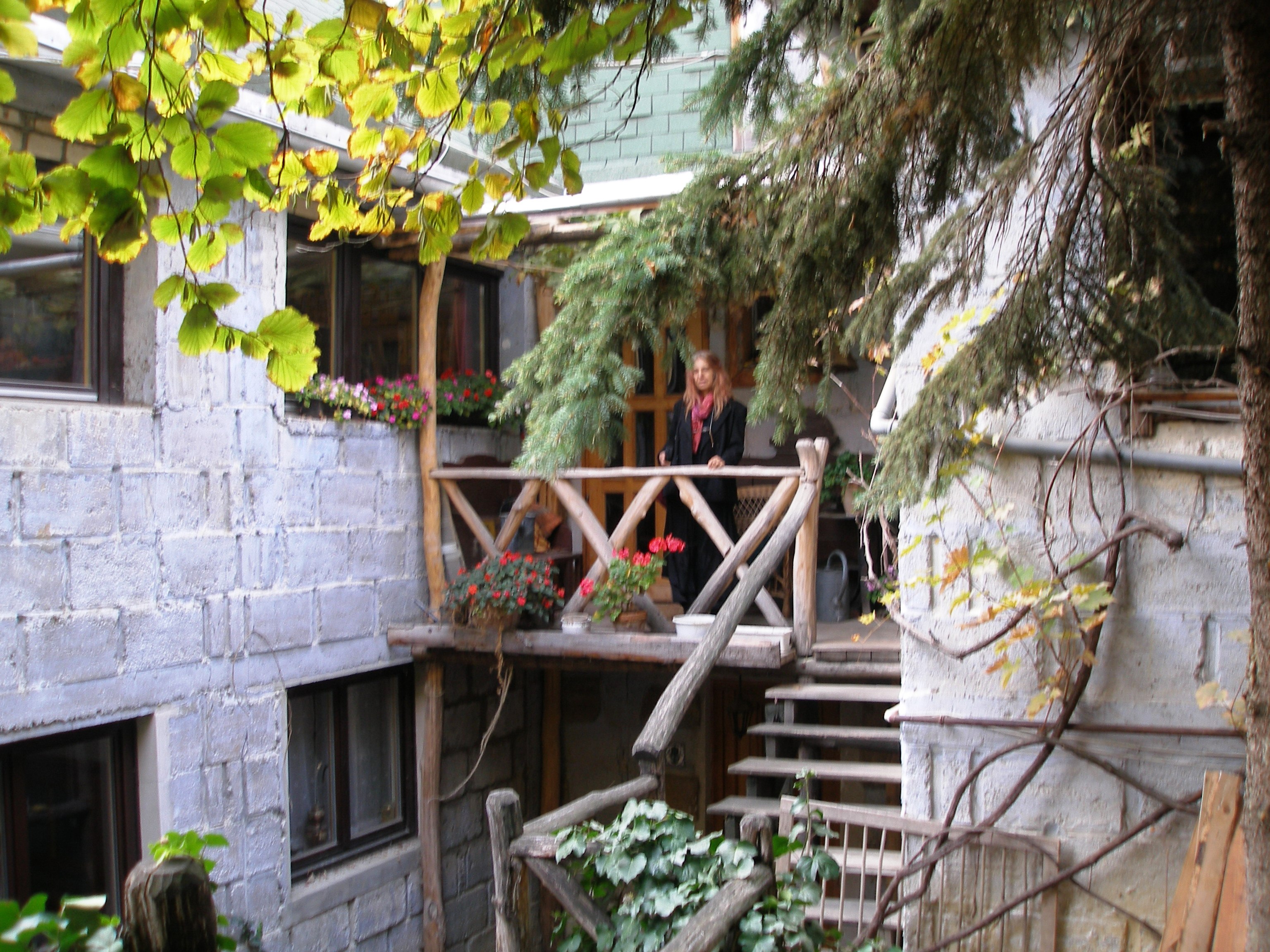 Ilona Németh (1948–, Budapest) is a puppeteer, puppet-making artist, actress, and costume and production designer. She is one of the founding members of Orfeo Puppet Studio and Studio K company.

She studied as a painter at the University of Fine Arts, where she came into contact with the Orfeo group in 1969. The aim of the community of young artists who were active in different fields of the arts was not simply to do artistic performances and create artworks, but also to communicate their political views, which meant facing harsh criticism from the communist system. Ilona Németh started to deal with puppets within Orfeo, and she was fired from the university because of her Orfeo membership. The cultural-political leadership saw her and the other members as a dangerous, oppositional group. She got her degree as a painter and drawing teacher in 1977. The world of puppets has always been central to her career. Shared work with writers, directors, and actors was more interesting and appealing to her than the lonely pursuit of painting.

She worked for years as a drawing instructor, and teaching is also a very important part of her life. She joined Studio K, which became independent of the Orfeo group in 1974. She worked as an actress and a costume designer in the company as well. She designed the sets for a legendary performance of Woyzeck (1977). Between 1986 and 1994, she was a member of the “theatre of Szigligeti” in Szolnok. The repertoire of the renewed Studio K broadened with a lot of children’s puppet-plays in the late-1990s, and this meant significant new opportunities for her in her career. Beginning at the end of the first decade of the new century and millennium, the puppets began to be given larger and larger roles in plays for adults as well.

Ilona Németh is an active creator today. In 2018, puppets made by her were used in different productions. She teaches at the university and deals with children as well. Her oeuvre exhibition was opened in Műcsarnok in 2017. Together with actor Tamás Fodor, another member of Orfeo and Studio K, she lives in the former commune of Orfeo in Pilisborosjenő. Some of the rooms in the house are full of her puppets. She works here. Thus, the spaces function partly as workhouse and partly as repository. As Ilona Németh has said in interviews, the house is a museum of the last 40 years.